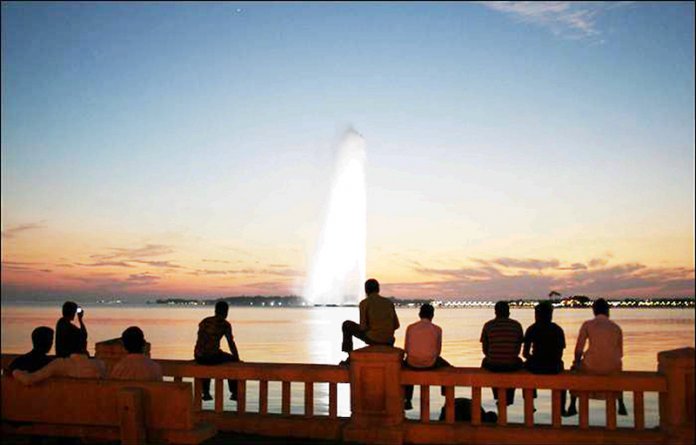 According to experts speaking at the just concluded Arabian Travel Market 2019 in Dubai, tourism will play a major role in reducing Saudi Arabia’s dependence on oil revenues. This is food for thought for other oil dependent countries, especially Nigeria which is already blessed with beautiful natural attractions, vibrant culture and rich history.

When Saudi Arabia is mentioned, a few things come to mind but entertainment and leisure certainly don’t top the list.

The country is home to Mecca and Medina, two of the holiest sites in Islam. They make the kingdom a magnet for pilgrims who troop there annually.

Saudi Arabia is also known – especially in the Western world – as an intolerant country that cracks down on dissidents and only recently allowed women to drive.

More than anything else though, Saudi Arabia is known for its oil riches; the Middle Eastern country is the world’s largest exporter of crude oil and has the second highest proven reserves in the world, translating to enviable wealth and global influence.

It can therefore be deemed a surprise that the Gulf kingdom is looking to diversify its income, with the bigger surprise the fact it’s looking to tourism to fuel its economy in the near future, in a way similar to Dubai and Abu Dhabi in the United Arab Emirates.

In 2016, Crown Prince Mohammed Bin Salman mandated the development of a long-term model of prosperity for the kingdom tagged Vision 2030

In response to multiple societal challenges including limited entertainment options, demographic and social change (50% of its 33.4 million people are under 25 years old), careers in a world beyond oil and more, Saudi Arabia developed a series of ‘Giga projects’ one of which is Qiddiya.

Qiddiya is planned to provide a destination where Saudis find excitement, inspiration, and investment opportunities while helping to stem the $30bn a year which Saudis currently spend abroad on tourism.

Visitors will have access to more than 300 recreational and educational facilities including theme and water parks; sports facilities for all kinds including infrastructure capable of hosting international competitions; adrenaline inducing motor and sky sports; nature and adventure activities; and facilities and programmes that provide visitors an array of traditional, modern arts and cultural opportunities. Phase One of Qiddiya will open in 2022.

Kingdom-based industries in direct contact with tourists are expected to generate more than $25 billion this year – approximately 3.3 per cent of Saudi Arabia’s GDP – according to figures released by the World Travel and Tourism Council (WTTC).

Reema Al Mokhtar, Head of Destination Marketing, Jabal Omar Development Company, said: “Our country has beautiful geographic diversity and a host of cultural attractions so, once visitors come into the kingdom and see the different projects lined up for them, I think it will market itself.”

Saudi Arabia’s domestic tourist trips are projected to rise by 8 per cent in 2019, while inbound visits from international markets are expected to grow by 5.6 per cent per year, according to research conducted by Colliers on behalf of ATM 2019.

With the creation of new local attractions, Saudi Arabia’s overall number of tourist trips is on course to hit 93.8 million by 2023, up from 64.7 million in 2018.

Commenting on Saudi residents’ historic tendency to travel out of the country for entertainment and leisure, John Davis, CEO, Colliers International MENA, said: “I think some airlines could probably double their number of weekend flights and still fill the seats. So, when the country opens new local attractions, people will utilise them.”

By helping Saudi Arabia to further boost its domestic and inbound tourist numbers, panellists agreed that ‘giga’ developments will prove crucial in helping to meet the economic diversification targets set out in Saudi Arabia’s Vision 2030.

Alex Kyriakidis, President and Managing Director Marriott ME&A, said: “The challenge to date has been a lack of opportunities for domestic tourists. However, if you look at developments like The Red Sea Project and Qiddiya, which are completely reinventing destinations that will appeal to Saudi residents, you will find everything from hospitality and wellness to entertainment and sports. For many segments of the local population, these projects will stimulate spending in the country.”

Despite the more than 9,000 keys of three- to five-star international supply due to enter the market this year, the panel agreed that the kingdom is well placed to sustain and even increase occupancy levels over the coming years thanks to a combination of giga-projects, high-profile events, entertainment and religious tourism.

Dr Badr Al Badr, CEO, Dur Hospitality, said: “We’ve been in the hospitality sector for 42 years and we’ve never seen anything like this. What’s happening now is earth shattering. The change of mindset in terms of opening up this country for visitors – whether for religious or general tourism – is definitely something to be celebrated.”

Visa-related improvements are also expected to drive growth in Saudi Arabia’s tourism sector. With the roll-out of 30-day Umrah Plus Visas, eVisas for tourists and specialist visas for events such as the Formula E Championship’s E-Prix, the kingdom looks set to attract more international visitors than ever before.