Obinna Chima writes on the reappointment of the Central Bank of Nigeria Governor by President Muhammadu Buhari, which is however subject to the approval by the Senate

The appointment which has been hailed by banks and analysts as a step in the right direction, is expected to strengthen the collaboration between the monetary and fiscal authorities.

For instance, the Managing Director/CEO, Polaris Bank Limited, Mr. Tokunbo Abiru, described the re-appointment of the CBN Governor for another term of five years as a positive development for our economy.

“The economic outlook remains positive, as this adds fillip to the continuity of current macro-economic policies initiated by the CBN Governor.

“The positive interventions in the agriculture, real sector and foreign exchange stability gives confidence that the economy will continue to grow,” the bank chief executive added.

President Muhammadu Buhari had in a letter dated May 8, 2019 and titled ‘Renewal of the appointment of Godwin I. Emefiele as Governor of the Central Bank of Nigeria,’ read at plenary by Senate President, Dr. Bukola Saraki, requested the upper chamber of the National Assembly to confirm the re-appointment for another term of five years.

“It is my hope that this distinguished Senate will consider and confirm the nominee in the usual expeditious manner. Please accept, Mr. Senate President, the assurances of my highest consideration.”

If approved by the lawmakers, the 57-year-old policymaker will be the first Governor of the Bank since 1999 to have a second term. But Abdulkadir Ahmed remains the longest serving CBN Governor in the history of the country as he was on the position for 11 years. Ahmed was appointed governor of the bank in June 1982 and retired on September 30, 1993. He was in office during the Shehu Shagari regime, the interim government of Ernest Shonekan as well as the military regimes of General Muhammadu Buhari and Ibrahim Babangida.

Section 8 of the CBN Act 2007 states that the Governor and Deputy Governors of CBN shall be persons of recognised financial experience and shall be appointed by the president subject to confirmation by the Senate on such terms and conditions as may be set out in their respective letters of appointment.

Sub-section 8(2) also states that the Governor and Deputy Governors shall be appointed in the first instance for a term of five years and shall each be eligible for reappointment for another term not exceeding five years.

Emefiele emerged as CBN Governor in 2014, on the cusp of an economic recession which the economy eventually plunged.

He steered the Bank to take a more nationalist approach, trying very hard to change our attitudes and thirst for foreign products towards embracing locally manufactured products.

Clearly, the country’s overdependence on crude oil for forex revenue means that shocks in the oil market are mostly transmitted entirely to the economy via the forex markets. This is what has continued to influence the drive to support infant industries and domestic production as well as the ban of 43 items from accessing forex from the interbank market.

Similarly, as part of its long-term strategy for strengthening the Nigerian economy, the Bank established initiatives to resolve the underlying challenges to long-term Gross Domestic Product growth, economic productivity, unemployment and poverty that had pervaded the economy over the past decades. Part of it was the establishment of credit bureau and the National Collateral Registry to improve access to credit in the domestic economy.

In addition, in the last five years, the CBN has initiated far-reaching reforms in the foreign exchange market that have stabilised the naira exchange rate. But the most potent instrument unleashed by the central bank was the introduction of the Investors and Exporters’ (I&E) foreign exchange in April 2017, which has recorded over $50 billion transactions.

In the continued recognition of its role as an agent of development and aimed at ensuring self-sufficiency to reduce Nigeria’s excessive dependence on imports, the CBN has in the last five years, invigorated its development finance activities and has maintained a particular focus on supporting farmers, entrepreneurs as well as small and medium scale businesses, through various intervention programmes. Some of these initiatives include the Anchor Borrowers Program (ABP), Nigeria Incentive-Based Risk Sharing System for Agricultural Lending (NIRSAL) and the National Collateral Registry.

Also, the CBN re-introduced the real sector support fund; a facility meant to provide cheap funding at no more than nine per cent to new projects in the agriculture and manufacturing sectors; aimed at boosting output and creating jobs.

In the agriculture sector, ABP has ensured that Nigeria emerged from being a net importer of rice to becoming a major producer of rice. In fact, presently, over 900,000 farmers cultivating about 835,239 hectares, across 16 different commodities, had so far benefited from the ABP, which has generated over 2,7 million jobs across the country.

In terms of inflation, the cheering news from the National Bureau of Statistics (NBS) last month was that the Consumer Price Index (CPI), which measures inflation, further decelerated in March 2019. Specifically, the last CPI report showed that inflation decreased to 11.25 per cent (year-on-year) in February compared to 11.31 per cent in January. It is worthy to note that inflation was at 18 per cent about three years ago. Clearly, high inflation distorts consumer behaviour. It can also destabilise markets by creating unnecessary shortages.

Similarly, high inflation which is not the desire of any economy redistributes the income of people and brings about weak purchasing power.

That is why the CBN is never comfortable with this ‘evil’ and had adopted restrictive monetary policy as part of efforts to win the battle against double-digit inflation, just as it has intensified its intervention in the agricultural sector.

For instance, Emefiele, recently revealed that the various initiatives aimed at encouraging domestic production, had resulted in Nigeria’s monthly import bill falling significantly from $665.4 million in January 2015, to $160.4 million as of October 2018.

According to him, many entrepreneurs are now taking advantage of policies aimed at ramping local production to venture into the domestic production of the restricted items with remarkable successes and great positive impact on employment.

“The dramatic decline in our import bill and the increase in domestic production of these items attest to the efficacy of this policy.

“We are glad with the accomplishments recorded so far. Accordingly, this policy is expected to continue with vigour until the underlying imbalances within the Nigerian economy have been fully resolved.

“If we continue to support the growth of small holder farmers, as well as help to revive palm oil refineries, rice mills, cassava and tomato processing factories, you can only imagine the amount of wealth and jobs that will be created in the country.

“These could include new set of small holders farmers that will be engaged in productive activities; new logistics companies that will transport raw materials to factories, and finished goods to the market; new storage centres that will be built to store locally produced goods; additional growth for our banks and financial institutions as they will be able to provide financial services to support these new businesses; and finally, the millions of Nigerians that will be employed in factories to support processing of goods,” he had disclosed. Also, a recent report disclosed that Nigeria has overtaken Egypt as the largest rice producer in Africa.

An analyst at Ecobank Nigeria Limited, Mr. Kunle Ezun, said the reappointment will be positive for the financial system.

According to him, “For the naira, I do not expect a major shift. The possibility of devaluation is nil as I don’t think there will be devaluation in his second term if approved by the Senate.

“But what I see that the central bank will continue to do is to be intervening in the market to keep the naira around N360/$ and hopefully there would be the capacity to have a single exchange rate, instead of the multiple exchange rate regime we have presently.

“On interest rate, I don’t think there will be any major shift in the monetary policy direction. In the last Monetary Policy Committee, we saw a 50 basis cut. Do I expect a further cut? Yes, but how soon? I can’t say so soon, but we expect that there would be a gradual drop in interest rate, which would be further tied to the fiscal outlook.”

He also commended efforts of the CBN under Emefiele, in ensuring exchange rate stability as well as sustained reduction in inflation in the country.

“Right now, the currency is converging naturally at about N360 to the dollar. Three years ago, the same was about N525 to a dollar. I don’t think the central bank is in a hurry to change this.

“Inflation is down and the reserves are up. We are in a better position to defend the naira,” he explained.

Mohammed said Emefiele had done a good job, particularly with loans to support sectors such as agriculture.

Generally, the expectation is that the reappointment of Emefiele will bring about stability to the nation’s financial system. Indeed, economic stability enables macro-economic targets to be achieved and supports sustainable growth. It also creates the right environment for job creation.

Above all, stability creates certainty, strengthens investor confidence which on the other hand encourages investment. 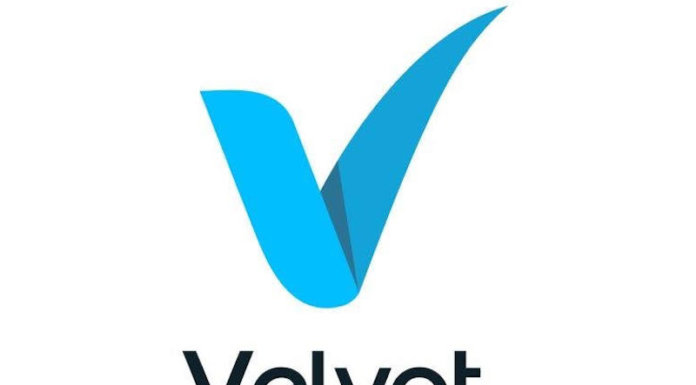