Until a generally, globally acceptable definition of feminism is reached, these current crop of extremist ‘feminists’ will continue to confuse women worldwide.

The first thing you ask an average feminist is to define the word and most times they never do. So it’s a situation of everyone projecting their individual fears, thoughts and perspective on the term and we are all dancing round in circles.

Personally, I’ve had cause to have this ‘feminism’ conversation with some of the leading feminists in the world including Chimamanda Adichie, MI Abaga and on both occasions, I asked both of them to define feminism, they refused and rather threw the question back at me.

Go round and ask women, university girls and secondary school girls what feminism is, they don’t know! And when you try to explain to the ‘few’ who are enlightened (but are sadly extremists), they compound the problem by throwing around phrases like ‘generational patriarchy’, ‘toxic masculinity’; these are phrases that an average Unilag ‘slay mama’ doesn’t even understand, let alone the little girl child in secondary school or the average illiterate woman going through years of domestic violence.

To make matters worse, most of the leading feminists in the world today have some sort of perceived ‘societal defects’. They are either divorced, not married at a ‘certain age’, ‘baby mamas’, or have insecurity issues with their bodies and the extreme manner with which they sell this ‘feminism’ story makes other women believe they are simply projecting their fears, failures and insecurities on them all in the name of feminism.

Truth be told, women are breaking barriers globally, women are becoming presidents, women are becoming billionaires and leading industries. Let’s not act like Ellen Johnson Sirleaf didn’t become a female president in Africa, or didn’t Kylie Jenner just become the youngest billionaire in history, or have we forgotten how Linda Ikeji came into a male dominated media industry to emerge the smartest and richest? Lagos State has had female deputy governors for how long? Nigeria once had Patricia Etteh as the Speaker of the House of Representatives. The current Prime Minister of New Zealand is female and what an amazing job she did handling the recent terror attack.

It can only get better from here with tact, poise, realistic agendas and goals.

The way it is at the moment is like going to ‘war’ without a battle plan, no meeting with your ‘generals’, no strategy, no reconnaissance, you just jump into the battle field and expect to win an ancestral war?

Let’s look at it from this angle, you don’t have to believe in God to agree that men and women are not created to be equals, it’s simple Biology. If men are created with nine-ribs and women with seven, how’s that a fair fight?

Why should some people be walking around with breasts and front bottom while others walk with a manhood between their legs, how’s that fair?

If women and men were truly designed to be equals, maybe we would have been created as hermaphrodites; we would all have breasts, phallus and lady parts as well as the same amount of ribs.

On a final note, let’s get a working, realistic and globally acceptable definition of feminism, preach it, teach it and tone down the extremism, then maybe we can start to make real progress.

Hint: ‘Feminism should be an advocacy campaign that tells the girl child she’s capable of greatness and can become whatever she desires to be in life without pitching her in a competition with the male child’ – The Legendary Hustler (2018) 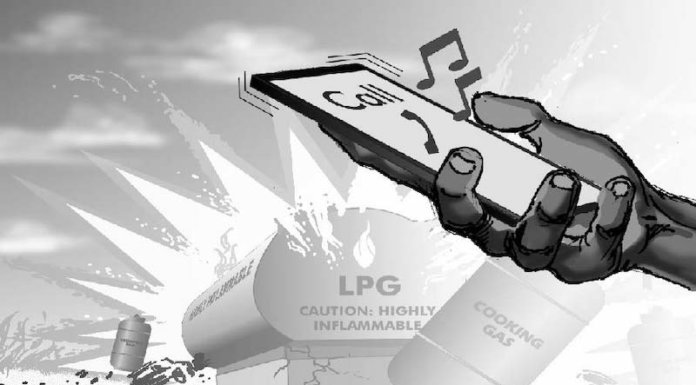