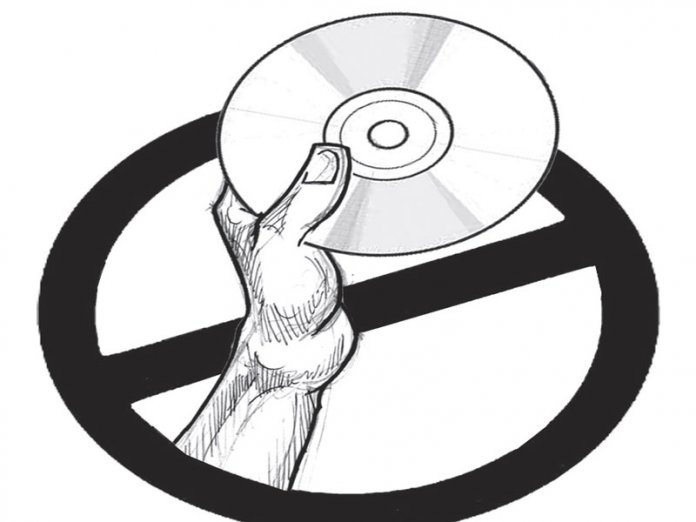 There is need to strengthen the enabling laws on piracy

The recent disclosure by the Nigeria Copyright Commission (NCC), the body empowered by law to deal with copyright issues in Nigeria, that the country has been losing $3bn annually to the activities of pirates, came as no surprise. From Lagos to Sokoto and from Enugu to Port Harcourt, the story is the same: vendors of pirated audio and video CDs and DVDs publicly display their merchandise with impunity and the law enforcement agents appear helpless. The same goes for books and printed materials.

While the NCC director-general, Mr John Asein, has pledged to develop policies and strategies to facilitate a culture of respect for authorship and copyright works in the country, targeting schools and other institutions of learning may not achieve much and could be counter-productive. The real culprits who invest so much money in feeding fat on the sweat of others are what the NCC should go after. The NCC should work with the security agencies to dismantle the criminal network. That is the right way to go.

For us to develop as a nation, we need to fight the scourge of piracy that has become a serious epidemic in our country today. Authors, publishers, producers and artistes spend a lot of time, money and effort to produce such intellectual works. Yet within a few hours, and with relatively cheap electronic equipment, the pirate, working from the comfort of his house, can make thousands of copies of such painstaking works. These unscrupulous characters thereafter sell the pirated works for a fraction of the price pegged by the authentic producer or author. Apart from the huge financial losses incurred by the owners of these intellectual property, nothing kills creativity as fast as piracy.

There is no gainsaying the benefits literary and artistic works have brought Nigeria. Our country has produced the late Professor Chinua Achebe (the author of the globally acclaimed ‘Things Fall Apart’), Professor Wole Soyinka, (the first African to win a Nobel prize in Literature as far back as 1986), and award winning writers like Ben Okri and Chimamanda Adichie, among others. These literary giants have helped to put Nigeria on the global map. Today, Nollywood, said to be the second largest movie industry in the world, has in no small measure helped export Nigeria to the world. Who knows how many Achebes and Soyinkas have been forced to quit writing on account of the activities of pirates? Today, it is not uncommon to find several celebrated writers and artistes living in penury as pirates ride piggy-back on their intellectual works to fortune.

At the 2019 World Intellectual Property Day last week, there were lamentations about the huge intellectual theft that goes on in our country on a daily basis and in full public glare.

Armed with ever-changing cutting-edge technology, the pirates appear to be one step ahead. The laws have not helped matters. Most of the copyright laws were passed during the analogue era of audio and video tapes. With such technology as MP4 and several computer and mobile telephone applications like Facebook, Youtube, WhatsApp, Instagram, to name a few, sharing pictures, audio and video files is just a click away.

Piracy is an ill-wind that blows no good. To fight this scourge, we need to strengthen the enabling laws and seek more efficient ways to track and punish offenders. Also, the NCC should be better funded to be ahead of the pirates. Above all, the people also need more enlightenment on what damage they do to creativity when they patronise pirated works. Engaging the consumers of pirated works will therefore be a good starting point for the NCC.