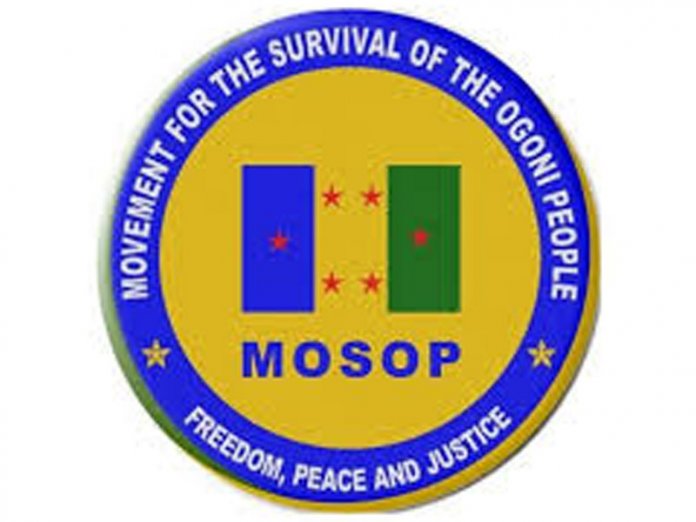 The Movement for the Survival of the Ogoni People (MOSOP) said it had uncovered plans by the Nigerian government to commence oil drilling in Ogoniland using security agencies and criminally minded non-state actors as shield, and that it would resist such attempts.

It said oil operations, with military cover, was billed to commence in the coming months, as parties involved had been instructed on their respective roles especially the security agencies who had been asked to tackle voices of dissent in the Ogoni community.

In a statement made available to THISDAY Thursday, and signed by the Acting Publicity Secretary, MOSOP, Sunny Zorvah, the group said it was particularly disturbed about the development and actions of government, considering the possible negative implications and crisis this might cause among the people and the oil company involved.

Zorvah said: “It is unfortunate and disappointing that rather than going through the proper and legitimate means and process, the government chose to ignore the people of Ogoni and prefers to engage and impose an oil prospecting company on them, even with an intent to intimidate, suppress and kill the people more with the use of heavily armed security forces.

“As part of this plan, we are aware that some companies have also commenced some clandestine discussions with agents in and outside Ogoni on how to facilitate the success of such operation. We appeal to all those involved to discontinue the unholy and selfish alliance and allow the people decide on this matter and make their choice, without being forced to do so.

“We have consistently stressed that while we are not opposed to discussions relating to resumption of oil production in Ogoniland, the federal government and its agents must engage in a broad-based discussion with the Ogoni people that addresses the issues of benefits-sharing, community participation and the proper environmental management of the Ogoni ecosystem, including legacy issues arising from the over four decades of reckless oil operations in the land,” he said.

According to him, this was not about the deceit enveloped as corporate social responsibility activities, but about sustainable outcomes that can take the Ogoni people into the forseable future, adding that “this is the only way the government can gain the confidence and acceptance of the Ogoni people that we are not going back to the same inglorious past of reckless oil exploration and zero benefit to the people and their land.”

He said MOSOP was ready and would continue to engage and cooperate with any process that respects and recognizes the rights of the people and the community, but that it would vehemently oppose any form of injustice and intimidation of its people.

He said: “MOSOP stands ready to support any genuine economic activity that will benefit and is in the overall interest of our people, but we will not allow a process that undermines our natural existence and subdues our rights as a people.”

“We, therefore, reiterate our avowed position to resist any attempt by the government and any company or their agents to re-enter any Ogoni community for the purpose of carrying out oil exploration activities by force without due consultation and broad-based discussion and agreement with genuine and competent representatives of the people and key stakeholders in Ogoniland. We are prepared to resist them with the last drop of our blood,” he stressed.

Zorvah called on Ogoni people to remain resolute and resilient in the days ahead as well as be prepared.