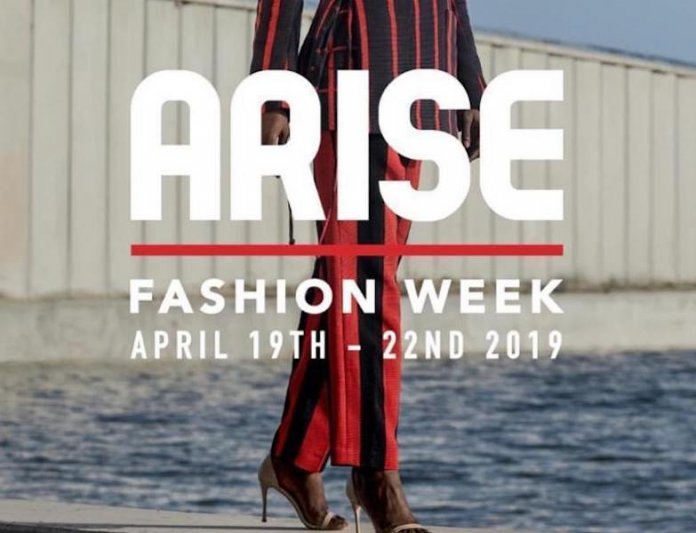 There are no other words to describe the outcome of the first world-class African fashion week that echoed from 19 to 22 April in Lagos – catalyzing the entire fashion industry in one of the largest cities on the continent.

Among those present were Edward Enninful, Olivia Singer and Andre Leon Tally: they all flew to the event to be on the front row and to give content and recognition to this great moment. The legendary Naomi Campbell, who together with international guest Liya Kebede has managed to open and close the main fashion shows to show support and confidence in this emerging market, giving her voice and being an ambassador.

“We need to build infrastructure and consistency,” says entrepreneur and leader Nduka Obaigbena, founder and owner of Arise Fashion Week and of the THISDAY Newspaper group, which sees fashion as an important vehicle for the development of their country. “Nigeria needs to build infrastructures and encourage politics. Fashion represents a woman’s life and plays a fundamental role in each of us, which is expressed every day through creativity and beauty.”

Arise showed the whole world to be the most suitable platform to host such an imminent “Africa calling.” The Arise media group, conferences, presentations and round tables, crowned by the three days of fashion shows, gave a scene to a panorama of international and African voices of excellence.

With over 35 stylists from all over the world, including presentations and fashion shows, the program was a veritable discovery of talent. From the asymmetric and oversized collection of Swedish Eritrea Selam Fessahaye to the renowned Nigerian Englishman Tokyo James, the South African Rich Mnisi, to the much loved haute couture Deola Sagoe, Tiffany Amber, 3Paradis, Ituen Basi, Mai Atafo, U-MI-1, solo to name a few.

In the spotlight the long awaited Nigerian brand Kenneth Ize and LVMH award finalist: “Kenneth’s collection represents a pure union between Africa and the West … a modern interpretation of the classical vision of the African language and its fabrics and styles. Simple feminine silhouettes reminiscent of Ize’s mother’s lace party dresses of the late 1960s, early 1970s in Lagos – an era of so-called laidback style in Nigeria, when people adopted a more casual interpretation of the traditional ” aso Oke “. The Kenneth collection is an example of unique African design, modern and wearable by all and for all places. Kenneth Ize is certainly a promise!” Desiree Ejoh, creative director of Arise Fashion Week, says.

The artistic and sculptural definition of the Moroccan designer Maison ARTC highlighted the African soul with its latest Artfrika collection – showing the world how fashion on the continent is still interwoven with art and creativity.

“I fell in love with her deep artistic sense and how each piece represents a true work of art. There is always a message that must not be explained, but that you can simply read through her clothes,” says Ruth Osime, executive editor of the newspaper, THISDAY STYLE / THISDAY Newspaper.

Even the world of fashion agencies has shown its presence with the participation of the current model Alton Mason and South Sudanese model Shanelle Nyasiase, along with one of the most interesting new faces of the last season, the model Somala Ugbad Abdi. International agencies have entered Africa, thus declaring Lagos the new capital of fashion.

ARISE 19 defines this historic moment by demonstrating that a new migration is underway, opening a new chapter that will definitely take place on the African continent.

“We want to add Lagos to the fashion week calendar, making it an international event, just after Paris, thus inaugurating the first real capital of African fashion,” the founder Nduka Obaigbena concludes.

Immediately after Paris, 2020, destination is Lagos!

Elizabeth Coop of the New York Times also reports that earlier this month in Lagos, Nigeria, the models Naomi Campbell and Alton Mason — she, an industry icon; he, one of the most in-demand faces in fashion now — walked the runway together at Arise Fashion Week, an annual showcase of ready-to-wear from across Africa. Striding hand in hand, they wore coordinating suits, finely striped and rendered in vivid colors (hibiscus pink, acid yellow), created by the Nigerian designer Kenneth Ize, whose work with hand-woven Yoruba aso oke fabrics, patterned textiles traditionally reserved for special occasions, has won him fans including Beyoncé, Donald Glover and Campbell. Ize, 29, founded his namesake label just three years ago, but his mission is already clear: “We’re reviving, reinterpreting and giving new context to artisan techniques that have given meaning to West African identity,” he says.

For Ize, who is a finalist for this year’s LVMH Prize for emerging talent, this show marked both the debut of his fifth men’s season and also his foray into women’s wear. The pieces he presented in both collections — free-flowing teal silk tunics, tailored two-piece suits in Crayola-bright colors and swingy skirts trimmed with rainbows of loose threads and worn over Nigerian wax-printed trousers — demonstrated the diversity of African design, old and new. “It’s important for us to have the freedom and ability to express exactly who we are — and where we are from,” says Ize. With their gender-neutral silhouettes and vibrant prints, Ize’s collections feel both contemporary and rooted in the traditional garments he remembers his mother wearing during his childhood. “Weeks before a special celebration, my mother and her friends would take over the whole house with rolls of material as they prepared their outfits,” he recalls. “I’d just sit there and watch my mother put her outfits together.”

While studying fashion and design at the University of Applied Arts Vienna, under the tutelage of first Bernhard Willhelm and later Hussein Chalayan, Ize continued to think about West Africa and its artisanal traditions, such as Nigerian batik patterning, printing and stitching. “The technical competency of the artisans is incredible — I just knew I had to work with them,” he says. “I didn’t think that we could separate our work from historical references. But I did think that we could work in a way that felt more representative of the African experience.” In 2016, he started his namesake label in Lagos. He now hopes his studio, currently located in the suburb of Sabo Yaba, where he has a small team, can function as a hub for the wide-ranging community of Nigerian artisans he works with. For the most part, his collaborators live in small villages near Lagos and the city of Ilorin “that aren’t always easy to find,” he explains. “There’s no real institutional framework to mobilize or support people who still practice this artisanship here,” he says. “I’d like to bring together a dedicated team in Lagos.”

For each new collection, Ize and his team source yarn from Lagos or Europe — often in fiery orange-reds, earthy yellows and royal blues — before giving them to the brand’s head weaver, Rakiya Momo, also known as Queen B. She and the other weavers then use hand looms and Yoruba-inspired weaving techniques to make the collection’s aso oke fabrics.

Each of Ize’s pieces connects the techniques and traditions that define Nigeria’s past with the ideas shaping its present. “We always try to find new ways of reinterpreting it,” he explains. In his women’s collection, not only has he revived contemporary aso oke styles seen in his men’s wear, such as micro-pleated shirts in geometric patterns made with metallic yarns from Kyototex in Japan, but he has also incorporated lace and embroidery for the first time, seen on aso oke garments such as vibrantly printed and color-blocked dresses. There are also prints of women’s faces by the young Nigerian artist Fadekemi Ogunsanya, which appear on billowing silk pants; polka-dot-printed green caftans with ruffled cuffs and collars; and aso oke scarves finished with metallic fringe and worn over softly tailored tangerine suits.

In 2019, many of the centuries-old techniques that Ize and his community of artisans use are in danger of disappearing; a shift from handicraft to mass production has weakened the infrastructure needed to support and pass down traditional weaving techniques. But through his collaborative design model, he is helping to sustain these crafts by creating innovative clothes for a younger generation. “It allows us to show a different, or at least a more nuanced, picture of African life and culture,” he says. “By exploring and nurturing existing cultures, we’ll create and inspire new ones.”

• Culled from Vogue and The New York Times 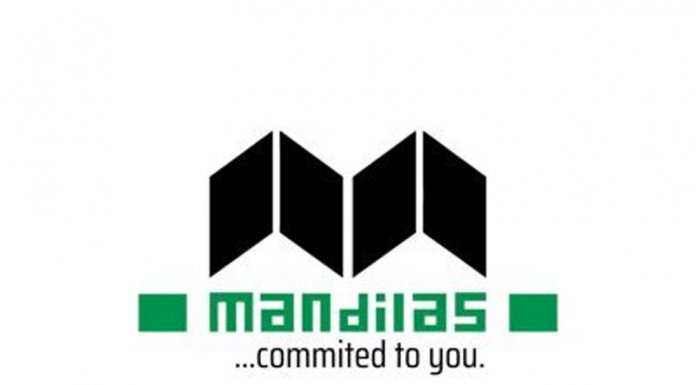