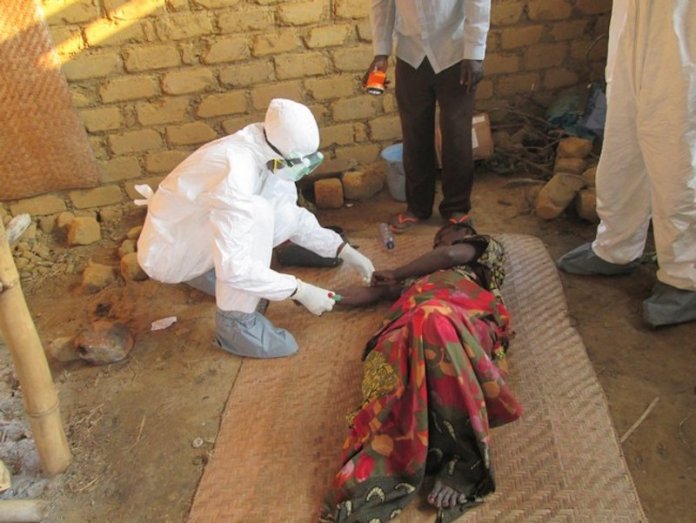 Tanzanian authorities on Wednesday said they were beefing up surveillance in the country’s borders following a surge in cases of the deadly Ebola in the Democratic Republic of the Congo (DRC).

“We have trained 350 health officers on surveillance measures against the disease, especially in regions bordering with neighbouring countries,” Ummy Mwalimu, the Minister for Health, said.

Mwalimu was reacting to a marked increase of death toll from the Ebola epidemic in DRC in recent days.

Mwalimu said the ministry had reinforced tests for the deadly disease in the national laboratory, the Southern highlands zone laboratory and the Kilimanjaro Christian Medical Centre laboratory.

She added that the government had bought 106 handheld and walk-through thermal scanners and distributed them to 31 border points in 14 regions and three international airports in Dar es Salaam, Mwanza and Kilimanjaro.

“At the same time, we are raising awareness to members of the public through various means, including the media and posters,” added Mwalimu.

According to the UN, the current Ebola outbreak in the DRC is the most serious in the country’s history.

The Ebola virus is highly contagious and causes a range of symptoms including fever, vomiting, diarrhea, generalised pain or malaise and in many cases internal and external bleeding.

Similarly, Tanzania is set to host the 39th summit of the 16-member Southern African Development Community (SADC) in August, a senior official on Wednesday said.

Palamagamba Kabudi, the nation’s Minister for Foreign Affairs and East African Cooperation, said this at a news conference in Dar es Salaam.

Kabudi said that the summit would be held in the commercial capital Dar es Salaam and to be chaired by President John Magufuli.

He said the summit would be preceded by a ministerial meeting that will bring together ministers, permanent secretaries and other government officials.

Kabudi said the summit would go in tandem with an exhibition that will display industrial products.

“I am appealing to industrialists to participate in the exhibition for marketing their products,” said the minister.

SADC is a regional economic community established in 1992, which is committed to regional integration and poverty eradication within Southern Africa through economic development and ensuring peace and security.