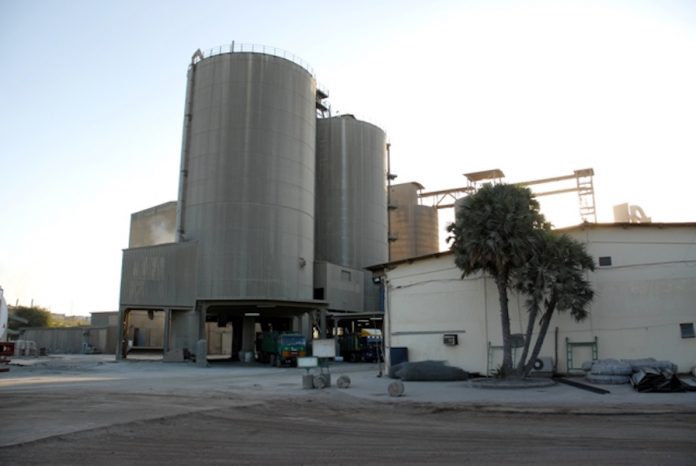 The new, enlarged Cement Company of Northern Nigeria (CCNN) is a stronger platform to capture significant synergies and create value for the benefit of the shareholders in the form of stronger competitive position, economies of scale, enhanced operations and administrative efficiencies which are expected to accrue.

The above were the words of assurance by the Chairman of BUA Group and CCNN, Alhaji Abdul Samad  Rabiu after shareholders of CCNN and  Kalambaina Cement Company Limited approved the merger of both companies last year. Both firms have BAU Group as parent company but were operating separately before they decided to merge their operations last year.

Rabiu had assured stakeholders of improved benefits post merger. And going by the first quarter(Q1) financial results of CCNN ended March 31, 2019, the shareholders are in for better days.

A look at the performance of CCNN three months after its merger has shown that revenue  jumped by 213 per cent from N5.394 billion in the corresponding period of 2018 to N16.886 billion in 2019.  This was the highest in the history of the company and it reflected   the impact of the increased combined capacity and the gradual realisation of the synergies following the successful completion of the merger with Kalambaina Cement Company Limited.

Volumeincreased by 233 per cent to 411,945 metric tons(mt). Increase in volume sold based on the increased plant capacity from 500,000MT 000metric tonsto 2,000,000mt and improved capacity utilization of the new plant, showing a combined capacity utilisation of 82 per cent.

Also, a  strong domestic demand and a ready growing export market to neighbouring countries remain a positive driver for the increase in sales volume experienced in Q1.

Equally, the improvement in operating performance  is due to the new cement plant for which energy costs is cheaper due to coal usage.

Besides, CCNN has reduced debt in its capital structure as total debt (long and short term) fell by 33.90 percent to N348.61 billion in March 2019 from N52.43 billion the previous year.

Also, the company has CCNN has enough cash to pay debts, reward shareholders in form of dividend, and fund future expansion plans as net cash flow from operating activities surged by 1,881 per cent to N7.31 billion a year ago.

Many market analysts have expressed high optimism that  CCNN has huge potential to deliver sustainable growth  and increase  shareholders’ wealth going forward. According to them, there many benefits the manager has brought.

Before now,  Rabiu  had said the expanded CCNN would  remain the market leader in its regional market of North West Nigeria, which is the third largest market for cement in Nigeria by consumption, whilst continuing to explore the huge opportunities that exist in the export markets of Niger, Burkina Faso and the west African region.

“Traditionally, the huge cost of transportation to CCNN’s home region from other cement plants in Nigeria – the nearest being about 900km away – has always given us a strategic advantage in that region over competing cement companies and brands. The expanded entity will leverage on the cost and energy efficiency of the newly commissioned Kalambaina Plant whilst providing additional value through its products in terms of better quality, higher yields and a stronger cement than competing premium cement brands,” he said.

The merger also provides the company other energy sources and broadens its energy mix. CCNN is the only cement plant in Nigeria that relies solely on LPFO and diesel.

Also, merger has provided opportunities for CCNN to expand into new markets, some with export potential such as Burkina Faso, and the Republics of Niger and Benin.

Rabiu had assured that the company’s commitment towards Nigerian economy remains strong, noting that the merger would further boost that commitment.

He said: “Our commitment towards the Nigerian economy remains strong and this new entity further deepens the capital market and is a pointer to the continued resurgence of the Nigerian economy. We remain committed to delivering exceptional value to stakeholders at all times. Innovation, efficiency and best-in-class technology will continue to be the key drivers of our cement business.”