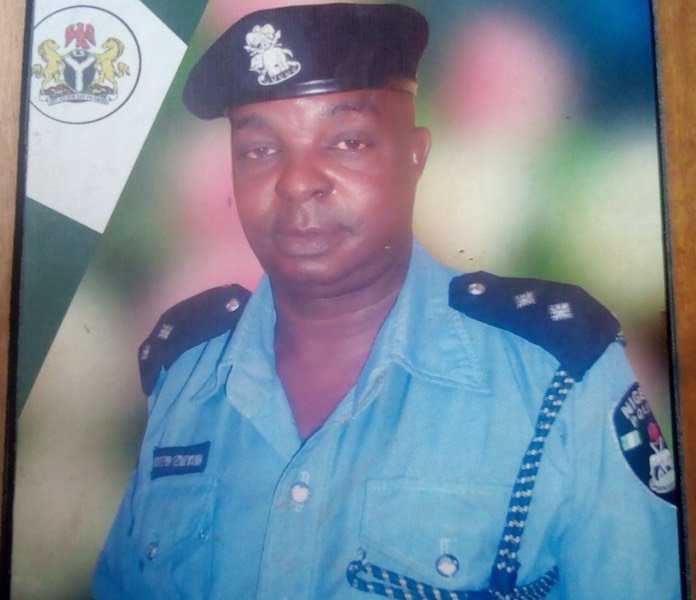 The recently passed 2019 Police Reform Bill by the Senate did not give premium to better welfare package for police officers, especially those caught in harm’s way while carrying out their duties, Sunday Ehigiator reports

For Supol Joseph Izunyon (now retired), it has been 18 years since he was attacked by seven notorious armed robbers, shot 19 times and left for dead. Izunyon survived such, ‘a near death’ experience after they were ambushed by the armed robbers along Itori area of Lagos/Abeokuta Expressway, with no medical support, or compensation whatsoever from the Nigerian Police till date.

For several years, the cry for better welfare package for the Nigerian Police, especially junior police officers, who are caught in harms way and associated to most police atrocities recently making round, has been on. Unfortunately, the cry never penetrates the ears of decision makers as they fail to see that better police welfare package goes beyond the insignificant salary increment or change of uniform from black to blue.

One would have hoped that amidst other concerns addressed by the Police Reform Bill recently passed by the Senate on April 17, 2019, the welfare of police officers; especially the rank and file would be paramount, given the continuous clamour to address the increasing menace of indiscriminate killings by trigger-happy police officers.

With the death of Kolade Johnson still fresh in mind, the reform bill comes handy, but with disappointment on its insignificant attention on policr welfare; which is a very critical aspect that demands maximum attention in the quest for public safety in the hands of those employed to protect them.

There is a strategic link between the well-being of the rank and file in the police and the security and safety of the nation and the citizens. The two cannot be separated. It is only when we take due care of these men and women that we can legitimately demand that they perform their duties with optimum zeal. To this extent, a demoralised police force, cannot fulfil that duty of security.

Since the epicentre of the criminal justice system is the police, it is a shame that policemen are easily treated almost with contempt, without reckon to the fact that they are a product of a demoralising system that values their properties than the lives of the officers that posses them. While the misconduct of a few bad eggs have turned some Nigerians against the police, majority still appreciate that what they do is a dangerous job as they confront criminalites that the rest of society only imagine or watch on television within the comfort of our homes.

When THISDAY visited Supol Izunyon (rtd) in his home in Abeokuta, it was about after-meal time, as he was armed with his packs of drugs by the dining ready to take them immediately so to keep his heart and blood pressure in shape. Izunyon is one of several other voiceless and abandoned police officers who were caught in harms way, while officer and got no medical attention or compensation whatsoever from the police force afterwards. But for the mercies of families and relatives, he would have long been dead, buried and forgotten.

As he narrated his story to THISDAY, he could visibly be seen trying to hold back his tears. According to him, “It was around May 2001, when I encountered the worst nightmare of my life as a policeman. I was then a Sergeant in the force when I was drafted into a newly launched operation ‘Fire For Fire’ (FFF) back then. I was drafted into the operation due to my experienced background as a mobile police, as it was decided that only policemen with a such a background should be drafted into operation of FFF.

”I was serving at Adatan Police Station in Abeokuta. On the fateful day, we were on patrol around the Abeokuta/Lagos Express; particularly close to Sango, heading to Ewekoro, when we got signaled from the office that highway robbery was going on in Sango-Ota.

”Before going on duty that day, I opted to drive the team since our official driver called in sick and I was the only one with good driving skills among my team consisting of eight policemen as led by one supol. Due to this, I wasn’t armed, though I didn’t feel comfortable about not being armed, but since the other seven members were fully armed, I felt confident and secured.

“So, we set out to apprehend the robbers. The distance between Sango and Aro area which we were told they were operating is about 45minutes. When we were about 15 minutes into the journey, I noticed that there were almost no oncoming vehicle, from the opposite lane, and the few I saw passed us, were trying to signal us about the closeness of the robbers, which I understood, and immediately had a prompting to tell our team lead to call the office to reconfirm if the robbers were still in the location as earlier reported. But he refused and instead gave a direct order for me to drive on. I tried to argue further but he said, ‘obey before complain’. hence I mellowed and put the rest into God’s hands. I already knew in my spirit that, things will turn out messy, because our approach wasn’t tactical, but I could do nothing but obey.

“As I was approaching a bend in Itori, we were heads-on with the robbers but we didn’t know until they started shooting at us; because our van was easily identified from miles away. So immediately I saw them shoot at us from afar, I put the vehicle on reverse. Before they got close, I was able to stop the car a bit so my other colleathese could jump out of the car and setthese bus. Unknown to me, they all fled. I had the same opportunity to escape but the car was a new one and the police won’t take kindly to it spoiling.

”I was still expecting my colleagues to open fire on the criminals, but they never did. So I kept running with the vehicle on reverse, and they kept firing at me while chasing me till my strengths could no longer carry me. Already, several bullets had entered my body, including the one that was close to my heart, but didn’t touch it. I didn’t even feel anything entering my body until one brushed the back of my neck.

”When I saw that they have caught up with my vehicle, I parked it and was waiting to take my last breathe. But one voice told me to crawl out and as I did, I crawled into the bush. They kept shooting and some bullets still touched me. I didn’t stop crawling until I stopped hearing gunshots. I was tracing my way back to the road when I heard my colleagues calling me. They rallied around me and finally got a transporter to carry me. I passed out and they took me to Igbobi Medical Center in Sango. A nurse first declared me dead before the Indian doctor that owns the place checked and took me into surgery immediately. The x-ray only saw three bullets and they were successfully removed.

”When I regained consciousness, the pains were excruciating. The hospital didn’t collect a dime from me for the four days I spent at the hospital. From the hospital, I was taken to a Trado-medical practitioner’s home when I couldn’t bear the pains again. There, 16 more bullets were extracted from my body making it a total of 19 bullets. After then, I returned to the hospital for proper treatment when I started having difficulty breathing. There it was discovered that my blood pressure was irregular and I had developed hypertension. I was admitted and placed on medication for almost a month, before I was discharged.

”During treatment, my family tried to reach the police but no help came from them. All the money I spent was from family and few friends. During the time my family were making efforts to get help from police, the then Ogun State Commissioner of Police, now retired too as a DIG, came to visit me on admission and gave me N5,000 from his pocket. And that was all.

“Since the incident, I spend about N50,000 on drugs monthly. When I got back to my feet and returned to work, I decided not to report my colleagues since God still used them to save my life afterward. They could have just absconded without looking back but they didn’t. I forgave them for that and avoided mentioning their in-actions. I got no special promotion, award or refunds till date. I rose through the ranks as a normal officer and retired as a DSP. The only favour I got from the force was that they re-posted me to a station closer to my house due to my health situation. They posted me to Ibara Police, a station back then because I was still living in Amolaso then. Now that I am retired, I have been spending my pension on drugs monthly. I would be glad if government can at least still remember me for good and come to my aid in anyway they can support me.”

When asked his view on the Police Reform bill newly signed into law, he said, “It is welcoming and a good one in this present day. A right step in the right direction especially with the unbearable extra judicial killings trending in Nigeria currently. But you should also know that, there is no fire without smoke. This thing is sometimes out of frustration, just the way other private workers could be frustrated with their work and how they are being treated by their employees.

“ Even common health insurance is a big problem for government to get for police officers. They at a point began that but they owe the insurance company, hence when need arises, insurance won’t show up. This is bad for the country in general because the police won’t respond to distress calls or they will show up later when the crime has already being committed, and they would keep on carrying out their frustration on innocent citizens; which is bad.”

Asides Izunyon, several abandoned policemen are out there, waiting a miracle to take care of their health without help from government. Until every policeman’s health; including mental and otherwise becomes top priority, there may just be a call for another all-encompassing police reform.