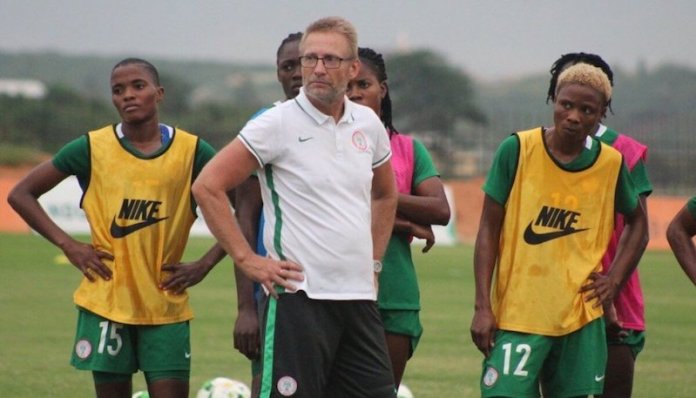 Head Coach Thomas Dennerby has included defender and former team captain Evelyn Nwabuoku and midfielder Amarachi Okoronkwo in the list of 20 Super Falcons to represent Nigeria in the WAFU Women’s Cup Tournament in starting in Abidjan, Cote d’Ivoire on Wednesday.

Nigeria, who finished in third place at the last edition of the competition in 2018, will play in Group B alongside Burkina Faso, Niger Republic and Mali. Host nation Cote d’Ivoire will tackle Senegal, Togo and Ghana in Group A.

NFF Officials confirmed yesterday that the Super Falcons delegation will fly out of Nigeria this morning aboard an Air Ivoire flight, to arrive Abidjan in the afternoon.

Dennerby stated last week that the WAFU Women’s Cup Tournament is important for the home-based professionals, as it will determine the number of them that he will include his list for the final training camp at the Avita Resort in Bad Tatzmannsdorf, Austria ahead of the 8th FIFA Women’s World Cup finals taking place 7th June – 7th July in France.

The Falcons will take on the Senior Women National Team of Burkina Faso in their first match of the WAFU Cup Tournament on Thursday, 9th May, before tackling their counterparts from Niger Republic on Saturday, 11th May. Their last match of the group phase, against Mali, comes up on Tuesday, 14thMay.