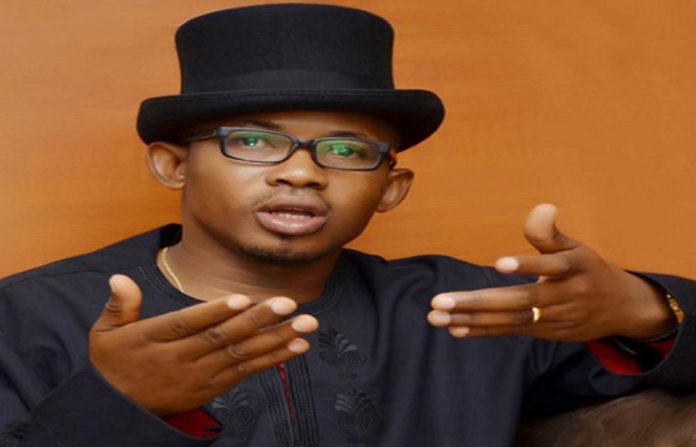 Nseobong Okon-Ekong holds a conversation with the former National Secretary of the Labour Party, Dr. Kayode Ajulo who advances an argument that the salary and allowances of Nigerian legislators should not be set per month, but pro rata

Nigerian federal lawmakers are already enmeshed in a struggle to justify their jumbo pay, what credible explanation can be advanced for a severance package?

The emoluments of our federal legislators have outrageously generated a lot of attention that more elucidations is needed.

It is therefore imperative to start with the prefatory note that Nigeria has a total of 109 senators who are legislative representatives of their respective states. Also, there are 360 House of Representatives members from the 36 states including the Federal Capital Territory.

The salary structure of a Nigerian senator may be classified into two categories; basic sand allowances

It may interest you to know that the major sources of income for Nigerian federal lawmakers are their allowances. A Nigerian senator, for instance, may have an annual allowance of ₦12,902,360.

Also in addition to the allowances above, a Nigerian Senator receives an additional sum of ₦24,000,000.00 at the end of his 4-year term within the National Assembly.

Severance package or gratuity, which is the amount paid to lawmakers after their successful four-year tenure in office, also covers their political aides. For presiding members of the both chambers, their number of aides can be as high as 20 per officer.

Nigerian lawmakers have allocated N23.7 billion as severance gratuity for outgoing lawmakers of the National Assembly. The sum will also cover allowances for incoming legislators, their aides, funds for National Assembly induction and inauguration of the 9th Senate. The benefit was captured as a separate line item in the 2019 appropriation bill passed by the lawmakers. The amount was broken down to N23, 678, 770, 079 in the bill.

Interestingly I dare to hold that most of this outrageous emoluments, particularly the severance package to be paid our federal and state legislators are backed by our laws and therefore legally permissible. Section 70 of the Constitution (as amended) empowered Revenue Mobilization Allocation and Fiscal Commission, RMAFC to determine the salary and allowances of members of the senate or house of reps, same with Section 6 of the Revenue Mobilization Allocation and Fiscal Commission Act; furthermore,  Omokolo and Others v Revenue Mobilization, Allocation and Fiscal Commission and Others (2017 CA), showed that each senator, with annual basic salaries of N2,026,400.00, is entitled to a severance package of N6,079,200.00 (that is 300 per cent of the basic salary).

Statistics show that the severance gratuity, which is one of the financial packages approved by the RMAFC for the lawmakers, was arrived at by calculating 300 per cent of the lawmakers’ annual basic salaries. This formula formed part of the current remuneration package for political, public and judicial office holders designed by RMAFC in June 2007.

There are 66 senators and 151 Reps who will not be making it back to the red and green chambers, respectively in the 9th National Assembly expected to be inaugurated on June 6. This means that the 66 non-retuning senators will be paid a total of N401,227,200 as a farewell package. Similarly, the 151 Reps will be paid a total of N899,301,262.5 to bid farewell to the National Assembly where they had worked, at least, in the last four years.

The justification is backed by our law, in as much as some of us may be alarmed and may not desire it, it is legal. It suffices to note that Revenue Mobilization Allocation and Fiscal Commission is empowered by the constitution to determine such allowances to be given to political office holders with regards to present realities. Thus, the payment of severance package to lawmakers is in accordance to law.

A good number of them, particularly senators who were former governors also enjoy a similar package from their respective states, should they be given another financial windfall in the name of severance package?

Logically and legally speaking, this does not amount to double compensation as the individual is being paid based on the office held by such. However, the most important and germane consideration is the state of the economy of the country.

Considering the nation’s present economic predicament and the fact that while in office, the beneficiaries earned salaries and allowances considered as unreasonable, to the point that the clamour for cutting the remunerations rages, the determination of the severance package should be on individual basis and regards ought to be made to past political offices held.

How does one rationalize these huge payout in a Country where it is always a struggle to get the legislators to approve requests that will benefit the populace?

Severance allowances are paid as an appreciation for a meritorious service, however, flowing from the statistics above, what bothers my mind is whether the severance packages given to these federal lawmakers are commensurate to work down by them. It is without gainsay that many of these law makers are redundant during their terms in the National Assembly.

Only few of them are seen on the national scene, while several others do not even make any laudable contribution and development to their constituencies. Thus there seems to be no justification for the payment of humongous severance packages to these lawmakers.

Persons who serve governments at federal level, as high as Permanent Secretary, do not get as much, why should a legislator whose maximum year of service is 16 years get that much?

It is quite saddening and ironical that in Nigeria, civil service is not given enough and adequate funding unlike the public service. Recently the national minimum wage was increased from ₦18,000.00 to ₦30,000.00. This means that an average civil servant earns about $83 in a month. An average permanent secretary in Nigeria earns between ₦500,000.00 to ₦700,000.00 as salary in a month. It is instructive to note that these civil servants are meant to be in the service of the nation for a maximum of 35 years.

Also, each of the permanent secretaries receive 300 per cent of their annual basic salary of N1, 925,865.00 which amounts to N5, 777,595.00 each as severance package.  The retired civil servants are to also receive a monthly pension of over N800,000.00 including allowances, following the fundamental review of the Nigerian pensions system, some categories of top public servants like permanent secretaries, police officers, professors and others, whose conditions of service prior to the enactment of the Pension Reform Act, 2004 allowed them to enjoy 100 per cent of their final pay as pension for life.

Can this be a factor for the do-or-die attitude politicians deploy at elections?

Firstly, it must be understood that elections cost money, every political party be it in Africa, Europe, America, or Asia knows that money drives the game of politics. This is no rocket science, no matter how unfortunate the implications may be. It is nonetheless for this reason that political parties write into their constitutions, means of raising funds. These include membership subscriptions, payment for expression of interest in elective positions, donations, fund raising activities, and support from friends and the corporate sector.

In Nigeria, our experience has been that political office holders take loans, borrow money from godfathers which has to be repaid with interest and at a cost, sell their property if they have any, solicit for money from friends and corporate organizations who are also at best, investors looking for latter-day return on investment.

Thus, politicians who have spent a lot in order to get into an elective post, will make sure they win the election by every means possible and once in office, they will definitely find ways to return the favour showed to him during campaigns.