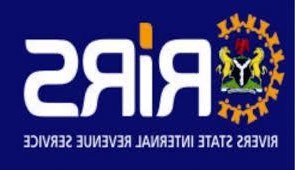 The Rivers State Internal Revenue Service (RIRS) has unveiled plans to begin the collection of taxes from roadside traders and other players in the informal sector in the state.

Addressing journalists in Port Harcourt Monday, the Chairman of RIRS, Adoage Norteh, said the service would collaborate with the Ministry of Transport, the state Waste Management Agency (RIWAMA) and other government agencies to ensure the success of the plan.

He said the agency would also go into extensive meetings with different trade groups in the state including transporters, petty traders and professionals.

He however gave the assurance that they would never harass citizens or residents as long as they perform their civic obligations.

Norteh also dismissed insinuations that taxing players in the informal sector would amount to double taxation.

He said: “The idea of this meeting this morning is to unveil the new tax plan that we intend to carry out. It is not like we are not continuing with what we are doing but we are going to face the informal sector. The informal sector are most of these people that do not have organised businesses.

“The challenge we have had in our system is that not a lot of persons understand what tax is. People think that tax is for some people, especially those who are working.

“For those who work in the media, your tax is deducted when your salary is being paid, but the person who is in the informal sector makes more money than those working and he thinks he should not pay tax.

“Tax is compulsory for everyone that earns income. That is income tax. But dues and levies are paid by only those who perform such duties to incur those dues or levies.