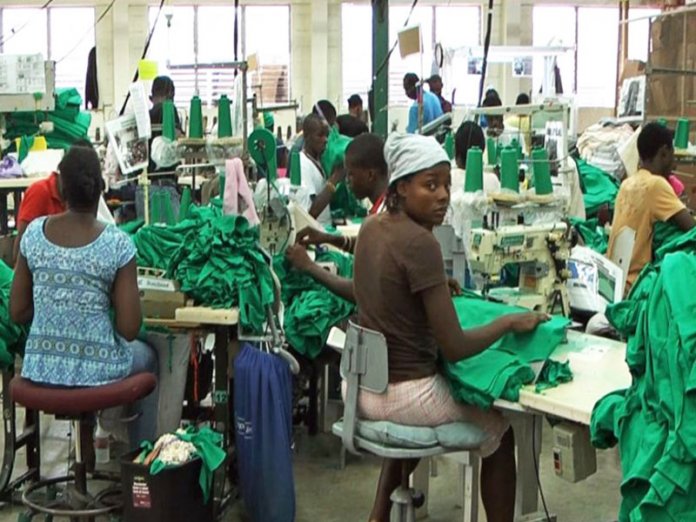 Since the majority of microfinance banks are failing in their responsibility to reduce the level of poverty through provision of needed financial help to support small businesses, the Central Bank of Nigeria has embarked on an alternative option for MSMEs to achieve its desired goal of economic prosperity, writes Bamidele Famoofo

Rather than lend out money to medium, small and micro enterprises (MSMEs), at affordable rates to grow their businesses and as a result help the economy to grow faster, microfinance banks in Nigeria have been found wanting, as they jettison their target audience, and in the case where they offer to finance the small businesses, it comes at very high costs.

Due to their gross negligence of responsibility, only about one million of the MSMEs operating in Nigeria, have ever accessed loan from the microfinance institution to fund their businesses. As a result of dearth of funds for the small business owners, over 60 per cent of Nigeria’s estimated 190million population lives in poverty.

Statistics from the Small and Medium Enterprises Development Agency of Nigeria (SMEDAN), MSMEs account for 80 per cent of jobs in Africa’s most populous economy and contributes about 80 per cent to the GDP.

Microfinance banks came into existence in Nigeria in 2005 after community banks that were in existence before them, failed to achieve the purpose they were created.

Director, Other Financial Institutions Supervision Department, CBN, Mrs. Olatokunbo Martins, explained that the purpose microfinance banks came to serve was to eradicate poverty through financial intermediation in the small business sector, but regretted they are largely failing to achieve that purpose.

Martins, who did an appraisal of the new national micro-finance policy framework at a recent training workshop organised by the CBN for Finance Correspondents & Business Editors in Gombe State, said the microfinance sector in Nigeria was not achieving the purpose of its creation due largely to failure by most of the players to restrict themselves to their real target audience, with majority of them preferring to operate in urban centres, rather than the rural locations where their customers are concentrated. Though regulators of the microfinance banks identified poor saving culture in Nigeria as a major challenge funds are not readily available for lending to small businesses, Martins said the small banks, unlike their commercial counterparts lacked the drive to mobilise deposits from Nigerians, as statistics from the CBN showed that money outside the financial sector remained huge.

Another reason Nigeria’s Central Bank believes microfinance banks in Nigeria are not performing like their counterparts in India was because most operators in the sector lacked the orientation of microfinance banking because the sector was infiltrated by commercial banks, which failed to meet up with the recapitalisation conditions of 2011. “Banks which lost out during the 2011 banking consolidation started operating as microfinance banks, but they are still operating like mini-commercial banks”, Martins lamented.

Making a comparison between India and Nigeria, she said microfinance banking in the former was beginning to deliver the desired results, as India, which used to account for the poorest number of people in the world, has been able to reduce the menace of poverty to a noticeable degree. “India’s GDP is now very close to that of the United States just because the microfinance bank sector in the country is doing well. Reduction of poverty in India, arguably, could be attributed to the performance of microfinance banks in the country,” Martins argued.

But while the dismal performance of the sector in the country has been bemoaned by a sizeable number of people, the CBN believes all hope is not lost for the sector as the director of OFID, said, a handful of the players in the sector were meeting up to expectations in all areas expect high lending cost, which could be as high as 35 per cent in the industry.

The CBN, in pursuant of its people-oriented policy, which was main focus of Governor Godwin Emefiele’s administration, mid-wifed a partnership between the Bankers Committee, Nigeria Incentive-Based Risk-Sharing System for Agricultural Lending (NIRSAL) and Nigerian Postal Services, NIPOST, to create a formidable lending institution which will give existing microfinance banks a run for their money. NIRSAL Microfinance Bank as a result of the CBN’s intervention came into existence in February, 2019 with a target of empowering about 400,000 SMEs, within its first two years of operations.

NIRSAL Microfinance Bank promised to make available credit to small business owners, especially farmers, at 5 per cent interest rate. This will be made possible with the cheap fund made available by the Bankers Committee whose equity holding in the partnership stood at 50 percent. Another reason why small business owners would be able to access cheap fund from NIRSAL Microfinance Bank, according to Dr. Steve Ogidan, National Coordinating Consultant, NIRSAL MFB, was because the new national microfinance bank didn’t have to invest in building infrastructure as NIPOST, which owns 10 percent of the equity of NIRSAL Microfinance Bank, has offered its vast properties across the country for the use of the bank. NIRSAL, on its part, owns 40 percent shareholding of the bank.

Ogidan, whose presentation at the CBN seminar in Gombe bordered on: “The NIRSAL Micro-Finance Bank and Real Sector Financing” explained that the goal was to expand opportunities and empower SMEs across Nigeria through structured microcredit to help them grow their businesses.

Unveiling the NIRSAL strategy, he noted that the new microfinance bank would have a network of branches in all the 774 local government areas of the federation and the FCT. The objective, according to the agency, is to drive and deepen financial inclusion, provide easy access to credit and other financial services to SMEs, reduce unemployment rate in the rural areas, and reduce rural-urban migration.

Ogidan, who spoke on behalf of the Chairman, NIRSAL MFB, Mr. Aliyu Abdulhameed, revealed that millions of small entrepreneurs and smallholder farmers in the country would be effectively served by the bank. “The mission and strategy of NMFB are focused on making significant, sustainable and measurable impact on small businesses across Nigeria and by extension, on the lives of millions of Nigerians dependent on them in the overall interest of the economy,” he said. The initiative is to put money in the hands of Nigerian farmers at low interest rate of 5 per cent with a seven-year tenor and a two-year moratorium. NIRSAL has close to N60 billion funds in deposit money banks’ vault which farmers are not able to access. The microfinance initiative is to establish microfinance bank branches in all the 774 local governments in the country.

As the other microfinance banks continue to strive to remain in business with the deadline to increase their capital base remains a daunting task for most of them, Ogidan as well as Martins said all hope was not lost for those, who will not be able to raise the fresh capital stipulated by the Central Bank. The duo disclosed that operators that fail to meet the new capital base requirement would be offered the opportunity to become an agent bank to NIRSAL Microfinance Bank. It has been estimated that about 250 existing microfinance banks would go down with the recapitalisation agenda.