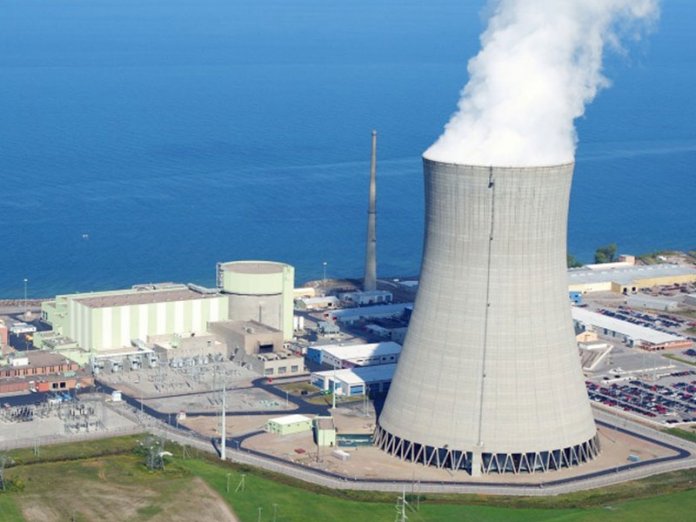 Highly endowed with gas, oil and renewable energy resource, Nigeria is still grappling with a grossly insufficient 4,000 megawatts of electricity at the last count.

With installed electricity capacity of 12,522 megawatts from existing plants, well below the current demand of 98,000MW and several pronouncements and government’s depiction of its achievements since 2015, the power situation in Nigeria remains intractable.

Latest power generation figures showed that the country’s electricity grid collapsed twice recently. Statistics from the Federal Ministry of Power, Works and Housing has shown that electricity generation crashed to as low as 18MW on April 15 from 2,548.5 MW recorded the previous day. The collapse is believed to be one of the worst in history. The crash continued the next day as power generation only slightly improved to 19.7 MW. By April 18, it moved up to 3,964,8MW. The upward trend hit 5,454.4 MW by April 19 and dropped again to 3,897 by April 21.

In a recent media chat, Minister of Power, Works and Housing, Babatunde Fashola, said the Buhari administration was determined to realise 10,000 megawatts target projected by the end of 2019 in order to ensure adequate power supply.

The minister said that the 10,000 megawatts target given by the Buhari administration, needed to supply the country with adequate electricity by the end of 2019 is achievable, saying:“Sometimes when we sustain energy over 4,000 MW or 5,000MW, the feedback I get suggests to me that if we added a little more, we might as well be getting a little closer, but we must continue to work harder.”

The movement in the direction of alternative power generation sources such as renewable energy is the outcome of insufficient grid-connected capacity to meet demand, inefficient transmission and distribution system and inadequate infrastructure to harness the nation’s abundant gas available for power generation, a recent  5-year demonstration project entitled: “De-Risking Renewable Energy NAMA (Nationally Appropriate Mitigation Action) for the Nigerian Power Sector”  by the United Nations Development Programme (UNDP) in collaboration with Energy Commission of Nigeria (ECN), Ministry of Environment and Federal Ministry of Power, Works and  Housing, has revealed.

The study further showed that 50 per cent or more of   electrical energy consumed in Nigeria is produced by off-grid power sources notably diesel and gasoline generators.

It said energy gaps that existed could be significantly reduced by renewable energy sources such as hydropower energy, bio mass, wind and solar.

The project is expected to assist the government in achieving a transformation in the electricity mix such that at least 20GW of Nigeria’s electricity is generated from solar PV (Solar Photovoltaic, a technology that converts sunlight (solar radiation) into direct current electricity by using semiconductors) by 2030.

In its quest to expand Nigeria’s power generation capabilities and options, Nigeria recently sought the assistance of Russian Federation to build power plants in Nigeria.

“Nigeria would also be interested in Russia helping it build nuclear power plants, petroleum pipelines, railways and other infrastructural development investments in oil and gas.

Beyond the position and desire of government, arguments have been put forward on the pros and cons of building a nuclear power plant in Nigeria. A clean energy resource, nuclear energy derives from the splitting of uranium atoms through a process called fission which generates heat to produce steam. It is then used by say, a turbine generator to generate electricity.

Since a nuclear power plant does not burn fuel, it does not produce greenhouse gas emissions.

The amount of electricity generated by a power plant at a particular time is dependent on the amount of time it operates at a specific capacity so if a reactor for instance, operates at 582 megawatts capacity for 24 hours, it will generate 13, 968 megawatt hours (MWh), a situation when applied to the Nigerian power generation mix would boost overall power generation.

Experts have raised concerns over the security implications of   building nuclear power plants in Nigeria with the ongoing war against insurgency and armed banditry in Northern Nigeria.

A case in point is the Nigeria Research Reactor 1 recently evacuated from Kaduna State. Though set up for research purposes, it contained similar materials (reactor/uranium) used in the manufacture of nuclear power plants considered very attractive to terrorists.

The NIRR originally set up in the 1990s with technical support from China was located at the Ahmadu Bello University. It is classified as a miniature neutron source reactor, designed for “scientific research, neutron activation analysis, education and training.”

The reactor, however, powers scientific experiments as against power grid in the case of nuclear power plants, as revealed by the report of evacuation by a team of nuclear experts from China, United Kingdom, Norway among others.

It   said material from the reactor could be used to prepare a dirty bomb.

“The design, however, used highly enriched uranium, or HEU, a type of nuclear substance often referred to by the general public as weapons-grade uranium. This kind of uranium forms the core of any nuclear weapons material, and the Nigerian material was more than 90 percent enriched, making it particularly attractive for anyone looking to use it.

“Since NIRR-1 went online, however, improvements in technology meant that experiments involving highly enriched uranium could now be run with a lesser substance. Across the globe, the IAEA and its partners have worked to swap out weapons-grade material with low enriched uranium, or LEU, which is enriched at less than 20 per cent, and hence unusable for weapons. In all, 33 countries have now become free of HEU, including 11 countries in Africa.

“With just over one kilogramme of HEU, the Nigerian material, if stolen, would not be nearly enough to create a full nuclear warhead. However, a terrorist group would be able to create a dirty bomb with the substance or add the material into a stockpile gathered elsewhere to get close to the amount needed for a large explosion,”  a United States-based defence publication, Defense News, reported.

In a statement released by the IAEA, Yusuf Aminu Ahmed, Director of the Nigerian Centre for Energy Research and Training, was blunt about his concerns over keeping the weapons-grade material in his country. “We don’t want any material that is attractive to terrorists,” he said.

The Nigerian Atomic Energy Commission (NAEC) is aware of the concerns raised and offered reassurances from some publications on its website.

A piece entitled “Nuclear Security for A New Comer Country-Nigeria’s Approach” written by Ofodile O.N. and Ageda E.C. said Nigeria had taken measures to ensure security of the project.

“As in many countries of the world, home-grown violent extremism exists in Nigeria.

Providing further information they held that, “measures to minimise the threat include the acquisition and sustenance of a well-trained workforce through various training programmes as well as certification programmes such as the WINS nuclear security professional certifications, maintenance of a dynamic DBT that captures evolving threats, creation of nuclear security culture awareness and implementation of a robust Human Reliability Programme (HRP) and Behaviour Observation Programme (BOP) etc.

“To this end, a pilot programme has been designed and is ongoing to produce a pilot HRP for the NIR-1 research reactor which will serve as a sample for the general national HRP with behaviour observation.”

The piece argued that “the proposed new nuclear facilities are to be located in areas where fortunately, none of the home-grown violent extremism has the potential to take place.

“With the provision of the requisite security in line with a dynamic DBT and the regulator’s security requirements, it can be concluded that there is minimal threat of home-grown violent extremism to the present and future nuclear facilities or activities in Nigeria”.

Nigeria signed an agreement to build two nuclear power plants in a bid to end its power crisis in 2017. The deal, which is said to be worth $20 billion would see Russian State-owned company, Rosatom, build one in the South and the other in the North-central.

The deal was signed after a long period of negotiation after both countries signed their first intergovernmental nuclear cooperation agreement in 2009.

The plants would be initially operated by Rosatom before they are handed over to Nigeria.