That Senator Ovie Omo-Agege, the Urhobo first term senator who spearheaded the opposition to the Bill re-ordering the sequence of elections that was targeted at President Muhammadu Buhari is running for Deputy Senate President is no longer news. What many do not know is that this suave legal practitioner has many caps to his name.

One of the most recognizable names in Nigerian politics, Omo-Agege is a darling of core supporters of the President for his principled stand against Senate President, Dr. Bukola Saraki’s efforts to use the senate as a platform to discredit the Executive branch of government with the sole aim of stopping the President’s reelection. And for this he suffered persecution which culminated in his unlawful suspension for 90 legislative days. The courts later nullified the suspension 26 days after it was imposed for being unconstitutional and in violation of Senate rule order. But that was not the end of the battle. Some members, who felt he stopped them from baying for the blood of the President and the ruling All Progressives Congress, still have their daggers drawn, waiting for the moment to strike. The import of this, Omo-Agege said, is not lost on him.

Throughout the course of his first term, Omo-Agege demonstrated the ability and willingness to give selfless service to the APC Senate Caucus. His record of leadership in the Caucus has, no doubt, prepared him well for the office of the Deputy Senate President. He is broadly respected in the Senate and beyond for his huge intellectual and political savvy, uncompromising sense of justice, uncommon courage and steely grit in defence of rule of law and justice.

As one who suffered persecution in the senate because of his principled stand against the leadership of some persons, Omo-Agege believes that all senators are equal and that the 9th senate will usher in a new era “where the common good of Nigerians, true friendship and mutual respect” for each other’s opinions and respect for the truth would be the guiding compass of the business of the next senate.

Announcing his bid for the coveted position in a letter to senators-elect, Omo-Agege said “If elected Deputy Senate President of the 9th Senate, I will work with courage to change how this Senate operates.” He explained that he joined the race “on the clear understanding that the position has been zoned to the South-South geo-political zone by the All Progressives Congress, APC”.
Since 1999, the South-South geoplotical zone has not produced the Senate President, the Deputy Senate President or the Speaker and Deputy Speaker of the Federal House of Representatives and for a party that wants to make great inroads into the zone that lays the golden eggs that sustains the Nigeria economy, zoning the DSP position to the zone would be a welcome development. And Omo-Agege would be a perfect fit.

In all fairness, Omo-Agege deserves to be Deputy Senate President for his principled stand against impunity in the 8th Senate. His high-profile personality and track record of standing up for what he believes in and demonstrated loyalty to the party fits well with APC that wants to enforce party discipline.

Senator Ovie Omo-Agege’s vision, steadfastness along with an uncompromising commitment to the ruling All Progressives Congress’ populist ideals are at the core of his ambition to become Deputy Senate President in the Senate of the 9th National Assembly.

“Our victory in February was a powerful message from the Nigerian people that the legislative arm of government should work harmoniously with the executive in a unified government. Our mandate therefore is to co-operate with President Muhammadu Buhari to fulfill the promises we made to the Nigerian people, to stand for rule of law and the constitution, to tackle insecurity, fight corruption and grow the economy,” he said, adding that “The Senate will serve the people better when we work faithfully as co-equals in the discharge of our constitutional duties of oversight without antagonizing the executive while maintaining our independence.”

Against all odds, he made history to become the first senator from Delta Central to win re-election. One reason Omo-Agege was able to vanquished the vast conspiracy against him is skilled retail politicking and his suaveness at tailoring national position to the local politics. For Omo-Agege who believes all politics is local, he never abandoned his responsibilities to his constituency. Not only has he executed all his constituency projects which he was able to account for during the campaign, he also attracted federal government funded projects to his constituency. The multi-billion naira dualization of Sapele -Ewu Road, Section 1&2 in Delta and Edo states is one of such projects.

It takes many things to make a good leader – experience, academic qualification, focus, foresight, intelligence, true grit and many more – and these, Senator Ovie Omo-Agege, a lawyer of some thirty-three years’ standing, has in his belt. “The pessimist complains about the wind, the optimist expects it to change, the leader• adjusts the sails,”

John Maxwell once said. Coincidentally, this partly explains away the mystery and staying power of the Senator and his consistently innovative ways of attuning his vision of a better society to the needs of the people he serves.

Justifying a conviction about the need to serve and make life better for others is better done through impactful deeds. This, Omo-Agege has been doing through philanthropy – much of which gets done through quiet, purposeful giving through the Ovie Omo-Agege Foundation which recently paid up counterpart funding that facilitated Federal Government agriculture loans for 1,000 youths in his senatorial district.

Born on August 3, 1963 into the famous Omo-Agege Family of Orogun in Ughelli North Local Government Area of Delta State, Senator Omo-Agege is the son of the erudite and incorruptible Nigerian jurist, Justice James Omo-Agege and Ms. Francesca Okwendo of the Wanogho Royal Family, also of Orogun.

A trained lawyer with practice experience in both Nigeria and the United States of America, Omo-Agege served as Executive Assistant to the then Governor of Delta State, Chief James Onanefe Ibori in 2003, Commissioner for Special Duties in 2005 and the Secretary to State Government (SSG) of Delta State in 2007.

Upon his exit from government in 2007, Omo-Agege became the Chairman/CEO of Techsprings Limited, a dredging and oil services company based in Port Harcourt, Rivers State. He held this position until he was elected to the Senate of the Federal Republic of Nigeria in 2015 as the Senator representing Delta Central Senatorial District. He won re-election in the 2019 general election to become the first senator to win re-election in Delta Central Senatorial District.

Self-effacing in his charitable activities, he explains it as a mere continuation of his longstanding commitment to populist principles. “If your actions inspire• others to dream more, learn more, do more and become more, you are a leader,” one of United States’ great past Presidents had said. This, Omo-Agege has brought to life through positive deeds and worthy causes. Indeed, his imprints in the academic and entrepreneurial lives of his people, especially youths are better told by the people. To him, “I am just but God’s channel of hope to the wary in spirit to whom we owe our conscience and the Almighty God a duty to do our all to help whenever we can without discrimination.”

In recognition of his selfless service to humanity and his people, Senator Omo-Agege has been conferred with numerous traditional titles including the Obarisi of Ughelli, Obarisi of Orogun, Obarisi of Effurun-Otor, and Uvo of Mosogar. A confirmed Catholic, Senator Ovie Omo-Agege, is happily married to Barrister (Mrs.) Rosemary Omo-Agege and together, they have five children.

In his letter of declaration addressed to all newly-elected Senators, Senator Omo-Agege stressed his commitment to the APC’s pro-people ideals and the vision of collective efforts towards impacting more positively on the lives of all Nigerians.

“With a larger progressive majority, the Senate can be a partner of the executive and speedily move our country to the Next Level and deliver for the people. I want to help in moving our country in this direction and shape visionary policies that will improve the lot of the Nigerian people we have the honour to represent. It is my goal to restore the goodness of the Nigerian government and apply it fairly and equitably to all Nigerians irrespective of where they come from, the God they serve and the political party they belong. “With this goal in mind, and the outpouring of support from colleagues in the days after the election who have urged me to seek a leadership position in the Senate, I am declaring my candidacy for Deputy Senate President and asking for your support and vote.

“There is no doubt that our nation faces huge problems of insecurity, unemployment, infrastructural deficit and corruption. The men and women of the 9th Senate are up to this challenge provided we remain committed to working for the good of the Nigerian people.
For now, many who have followed the trajectory of Senator Ovie Omo-Agege’s progress on the political front are waiting to see this being actualized in the nation’s best interest. 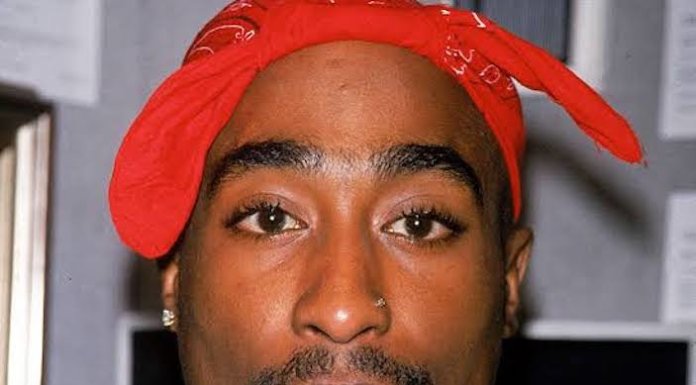