Except the government does something fast, kidnapping and wanton killings may overrun Nigeria with the possibility of turning the country into a failed state, writes Olawale Olaleye

With seemingly overfed service chiefs, who are obviously bereft of new age ideas on how to tackle high-level crimes and a police force that is helplessly bogged down by inherent and age-long challenges, insecurity is generally and gradually assuming a life of its own in the country.
But whilst it appears insurgency has succeeded in securing a spot in the body polity despite the unsustainable lies of technically defeating it by the federal government, another cankerworm is fast gaining the ground and it is kidnapping.

Kidnapping, like insurgency, is not a new crime wave. But while insurgents are unconventional in their modus operandi, the kidnappers’ approach is familiar – the cheap old ways, albeit with sophistication now. Apart from working with information sometimes obtained from insiders, they are believed to also partner some security operatives, who aid the smooth run of their operations.
This, perhaps, is one reason kidnapping is not only thriving but fast becoming an industry, which if not curtailed very quickly, could be another intractable menace in the hands of the overall security operatives in the country.

For example, reports of the nefarious activities of men of the underworld on the popular Kaduna-Abuja have tarried for a while. It is bad enough that travellers on that route are being killed, kidnapped or sometimes never found again. That the situation has remained as menacing as it belies logic in the face of the security architecture of the country.
But because men of the underworld had operated on that road without as much an effective challenge or engagement from the security agencies, the Kaduna-Abuja highway has since become their home and a very safe place to function maximally.

Thus, when last week, travellers experienced one of the most daring operations by these anti-social elements, the signs of what to come should the government not fully step in need no further explaining.

Kidnappers, on Monday afternoon – broad daylight – blocked such major road and forced many motorists to abandon their vehicles and straight to the nearby bushes to avoid being abducted. Of course, they succeeded in abducting many travellers, including the Chairman of Universal Basic Education (UBEC), Dr. Muhammad Abubakar, and his daughter. Abubakar’s driver was not as lucky. He was killed as soon as the bandits opened fire on their vehicle. Although Abubakar and daughter had since been released, including the cheering reports of the alleged arrest of some of the kidnappers, the development has not changed the state of the road either.

A correspondent with the News Agency of Nigeria (NAN), who witnessed the operation firsthand and narrowly escaped attack by the kidnappers reported that the incident happened a few kilometres to Katari village in Kagarko Local Government Area of Kaduna State at about 3.30 p.m.

Hundreds of motorists travelling from Kaduna to Abuja as well as those going the other way were reportedly stranded for more than 40 minutes as both lanes of the expressway were blocked by cars hastily abandoned by their owners. The development left many motorists and passengers unaccounted for at the time even though their belongings were carted away by the kidnappers.

Two days after the Kaduna-Abuja highway operation, Katsina State, the home of President Muhammadu Buhari came under heavy attacks by bandits, who abducted the District Head of Daura, Alhaji Musa Umar. Believed to be Buhari’s in-law, Umar, a retired customs officer was also said to be married to the daughter of the president’s sister and the father of Fatima, wife of Col. Mohammed Abubakar, Buhari’s aide-de-camp (ADC).
The kidnappers reportedly stormed his residence at about 7 p.m. and shot sporadically into the air, scaring bystanders, who scampered to safety. He had just returned from the mosque, where he took part in the evening prayer and sat in front of his house with some people, when the bandits reportedly came in a Peugeot 406 saloon car.

In a similar breath, bandits had struck the night before in Gobirawa and Sabawa villages in Safana Local Government Area of Katsina State, killing no fewer than 17 people with several others sustaining injuries, with a view to kidnapping.

The member representing Safana constituency at the Katsina State House of Assembly, Abduljalal Runka, who confirmed the development said the armed bandits in their dozens stormed the villages on motorbikes shooting sporadically. He claimed the bandits started their operations in Gobirawa village, where most of the victims were killed and later moved to Sabawa, leaving a number of women and children missing.

Particularly niggling is the situation in Zamfara State. It has yet to ease off. Bandits in the state are said to have fully gone nuclear, to the extent that villagers in many districts now fear to go to the farm for fear of being killed or kidnapped.
This, however, is not peculiar to the north alone. Indeed, kidnapping is the business of men of the underworld from the southern parts of the country. But while the situation remains as bad in the south, it has extended its tentacles to the northern parts of the country and doing really well, with the security of life and property stymied by the insurgency.

The general security situation in the country is at the moment appalling. Even more niggling is the fact that it does not appear the security operatives are up to the task – and in some cases, they look like accomplices. Not only is their number too insignificant to contain the current challenges, arms and ammunition are also not available. Sadly, this has been further compounded by the increasing bag eggs in the various security agencies in the country.

Kidnapping is thriving in the country and has become an illegal ‘industry’ with tempting recruitment strategy for millions of unemployed and disgruntled Nigerian youths. With increasing unemployment rate made possible by a wobbly economy and an unstable political front, the future does not look good except of course government steps up its game. It is therefore not enough for the Inspector-General of Police, Mohammed Adamu, to redeploy his men there. The question is: how well-equipped and prepared are the men reassigned for this task? Again, it may be true that no nation, like Governor Nasir el-Rufai espoused recently, has perfect security. What is different, however, is that in saner and decent climes, security is both responsive and responsible and that’s a world of difference. 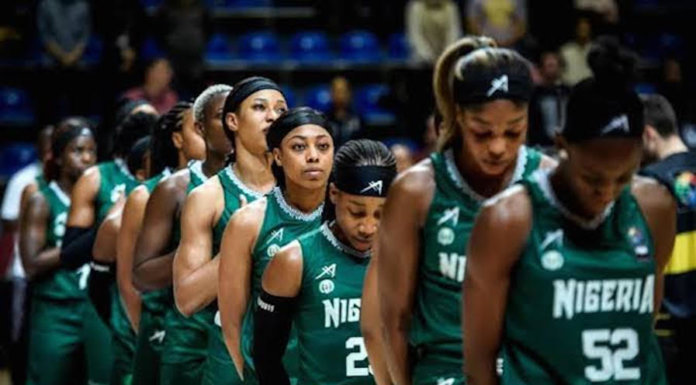