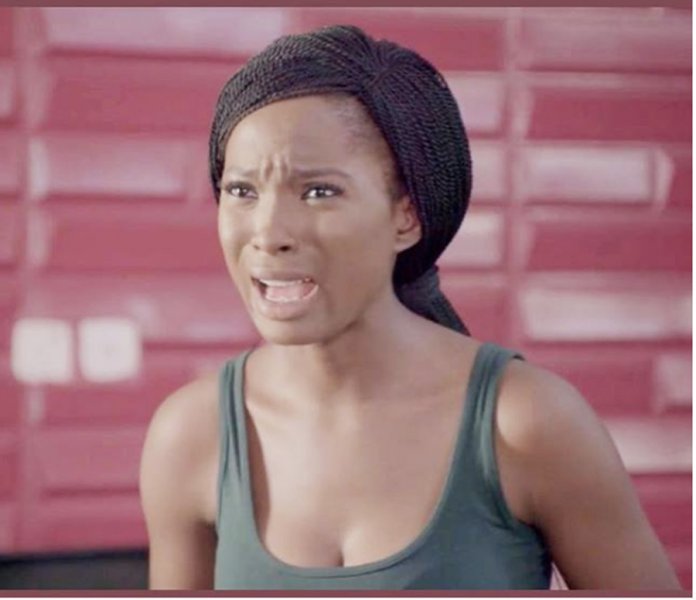 With great reviews and awards that followed it after making waves at international film festivals, Adekunle ‘Nodash’ Adejuyigbe’s ‘Delivery Boy’ finally comes to the cinemas, writes

He was told not to make the film and even some of the cast and crew turned down the project, highlighting that it was a great script, but they were not comfortable with the story. What was the story? The movie follows up Amir, a teenage orphan boy, who runs into a young girl while trying to escape a mob. She is a prostitute with an agenda and he has a bomb vest under his dress.

They are both running out of time and they soon realise they need each other to achieve their goals.  Before the night ends, they will have to contend with each other. With themes revolving mostly around terrorism, adoption, sexual abuse, homosexuality, and prostitution, it’s not surprising that Nodash, real name Adekunle Adejuyigbe, was discouraged from making the movie – The Delivery Boy.

The Delivery Boy was the only Nigerian feature film that screened at the Film festival where it received great reviews for the writer/director’s ability to tell stories with unforgettable characters. The movie is Nodash’s first self-produced feature-length film after working as a director and cinematographer on some of Nigeria’s biggest films and television series such as Fifty, Isoken, The Bridge and Gidi Up. The team behind the production is Something Unusual Studios, and the film was written and directed by Adekunle Adejuyigbe.

The main cast of the film include Ibrahim Jammal, Jemima Osunde, Charles Etubiebi, Jude Chukwuka, Chris Iheuwa and, Kehinde Fasuyi. Apart from the storyline, the actors are brilliant and worthy of mention is Amir (Jamal Ibrahim) who is phenomenal throughout the movie. Amir takes one on a rollercoaster of emotions from rage to jealousy to confusion, all with his face that tells a lot. The film finally screens at the cinema on May 24, 2019.

Shot between 2015 and 2016, the movie poignantly situates scenarios the country is currently enmeshed in. According to Nodash, the movie which gulped over N4.5 million was a labour of love to tell unpopular stories. “I was told not to make this movie,” said Nodash. “Three of the actors I cast, and the production designer I hired, turned down the project after reading the script.

They all agree it was a good script but they felt uncomfortable talking about the things that, in the Nigerian society, we typically refuse to talk about.

“On the financial side of things, people felt it was crazy making a self-funded movie that would likely not be allowed to screen in Nigerian cinemas. They felt it was more prudent to make the usual slapstick comedies the Nigerian film industry (Nollywood) was known for. But these are the exact reasons why I felt it was important to make a movie. I believe one of the main purposes of art is to ‘tour guide’ the audience through ideas and places that they normally wouldn’t dare explore. I also wanted to present Nigerians / Africans as I saw them.

“So why would a young suicide bomber run away a night before a suicide mission taking the bomb vest with him? And why would a young prostitute agree to help him on his unknown, personal mission? Who is responsible for creating these monsters that haunt us? And how would this story end? These are the questions The Delivery Boy seeks to answer.”

Nodash is known for creating unusual stories, as a cinematographer, he is known as “the master of moods”, as a director he is known for bringing out exceptional performances from his actors so when you put all these together in one film it’s no surprise that the global audience responded with great reviews.

Nigeria is not an LGBT+ friendly country and has a maximum punishment of 14 years for the same-sex activity of any sort, and so, the depiction of these issues may feel like propaganda in the media. It doesn’t even help matters that the film also touches on terrorism – another issue that people do not want to speak about, despite the fact that it happened and is still happening in various cities in the country. With all of this, it is no surprise that some members of the cast and crew had turned down the offer after reading the script, because they were uncomfortable talking about these issues that the movie sheds light on.

In 2009, the Boko Haram insurgency started in Nigeria, with the Jihadist rebel group starting an armed rebellion against the government. There were mass bombings all over the country, with these bombers being Nigerians themselves. Trying to understand why a bomber would go with suicide, Adejuyigbe decided to make a movie to create awareness about terrorism in Nigeria.

In 2015, Adejuyigbe was shortlisted as one of the 21 emerging cinematographers from all over the world by the Berlin Film Festival. He has shot several TV commercials, a few music videos, a number of documentaries and a handful of films and TV series. He has won a number of awards for his work, including Best Directing for a Musical; Best Cinematography (Nollywood Travel Festival); Best Editor; Best Cinematography (Nigerian Music Video Awards) and Best Editor (Nigerian Movie Awards).