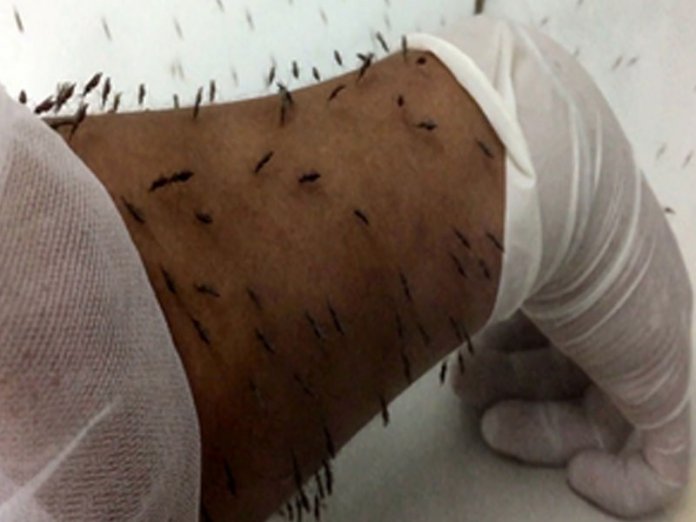 The campaign, which was part of the company’s Corporate Social Responsibility (CSR), was organised to enlighten members of the Hausa Quarters in Ojota on the dangers of malaria and the need for environmental hygiene.

The event which featured distribution of treated mosquito nets to the residents, had in attendance representatives of Hygeia, a health management organisation.

Speaking at the event, Chief Technical Coordinator, IE, Sunday Oyewole said the company was interested in the health and wellbeing of its customers, which explains its people-centred CSR projects.

He appealed to the residents to always keep their environments clean, avoid blocking drainages and to use the mosquito nets availed them since malaria, a tropical ailment, is transmitted to humans by the female anopheles mosquito.

Oyewole said: “The net is to be used to protect and prevent bites from mosquitoes, not to be kept under the bed. The net should be let out of the pack and exposed to sun before usage to avoid suffocation.

“There are over 100 million estimated cases of malaria and 300,000 deaths yearly in Nigeria. People fall sick because of mosquito bites. We want to reduce the number of malaria deaths, that is why we visit different communities yearly.

“At IE, we celebrate the World Malaria Day and join in the global campaign against the disease. That is why we came here to educate the residents on the dangers of malaria and mosquito bites. We usually visit the communities ourselves.

“ Last year, we were at waterside communities in Okota and Amuwo Odofin areas. We want our customers to know that we are not just giving them electricity for their money but also interested in their wellbeing.

“We deemed it fit to come and talk to them on the hazards of malaria and also distribute thousands of mosquito nets to the people. These nets kill mosquitoes once they perch on them because they are already treated with insecticides,” he said.

Appreciating the gesture, Seriki Hausa, Alhaji Attahiru Hassan, said the nets would be put to good use, noting that some of their kinsmen sleep outside.

He said: “I really appreciate IE for doing this for our community. I pray God bless them more. The mosquito nets will really be of help to us especially some of the boys who sleep outside. It will prevent bites from mosquito. I also appreciate them because light has improved in our area unlike before. They shoukd keep it up.”