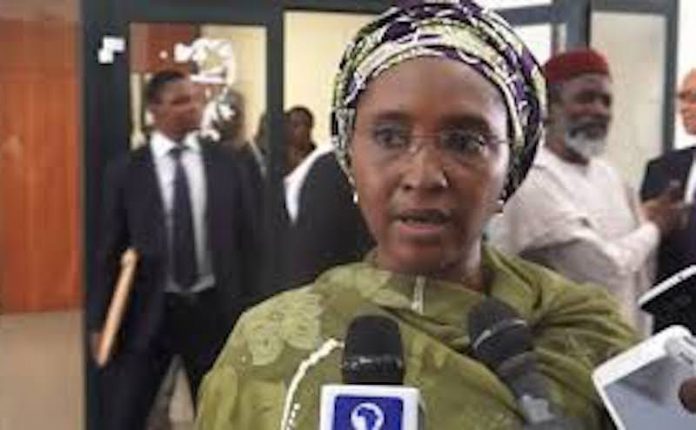 The Minister of Finance, Mrs. Zainab Ahmed yesterday disclosed that the federal government had recovered over N500 billion in personnel costs through the implementation of the Integrated Personnel and Payroll Information System (IPPIS).

This is as the Accountant General of the Federation (AGF), Mr. Ahmed Idris, also said the sum of N197 billion through the removal of ghost workers from the federal payroll between 2017 and 2018.

Both spoke at the opening of a retreat on the role of MDAs in the implementation of IPPIS and its effect on the worker’s condition of service and government revenue.

The programme was organised by the office of the AGF.

The IPPIS scheme is one of the federal government’s reform initiatives designed to centralise payroll and payment systems, facilitate convenient staff remuneration with minimal wastage, aid manpower training and budgeting, which began in 2007.

It further facilitates planning, monitor monthly payment of staff emoluments against what was provided for in the budget; ensure database integrity; facilitate easy storage; updating and retrieval of personnel records for administrative and pension processes.

According to her, the reforms initiative was aimed at reducing the cost of governance, adding that currently, about 70 per cent of monthly revenue inflow into the Consolidated Revenue Fund is being spent on recurrent expenditure.

She said: “Over the years, several attempts have been made to remove records of ghost workers as well as ensure that personnel are paid directly to prevent the diversion of personnel emoluments as was the case prior to the implementation of the policy.

“Available records from the federal ministry of finance through the activities of the Presidential Initiative on Continuous Audit revealed a saving of over N500 billion.

He also said that 39 Nigeria Police commands and three formations, four paramilitary agencies and retired heads of service and permanent secretaries are also on the platform- in contrast to the 285 MDAs and over 235,000 workers in 2015.

According to the AGF, the successes recorded so far in the scheme were due to the political will of the administration of President Muhammadu Buhari.

He gave some of the successes of the initiative to include planning for personnel budget, reduction of ghost workers syndrome, and easy retrieval of personal records.

He gave some of the challenges of the implementation of the initiative to include institutional resistance, lack of commitment from MDAs, and delay in enrolment process among others.