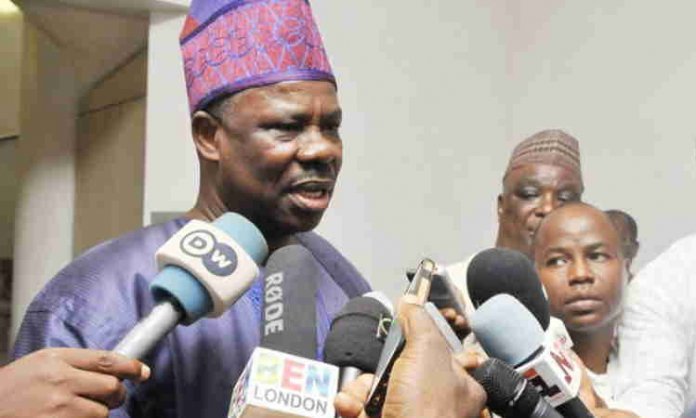 Preparatory to a smooth hand-over, the outgoing administration of Senator Ibikunle Amosun, has inaugurated a 26-man transition committee to interface with the administration of the governor-elect, Prince Dapo Abiodun.

Speaking with journalists shortly after the inaugural meeting of the committee, the deputy-governor elect, explained that the interface committee was to further cement smooth transition, between the outgoing government and the incoming one.

According her, the governor-elect has about two weeks ago inaugurated an economic transition committee and noted that the joint 26-man committee would ensure seamless change of baton between the outgoing administration of Amosun and the incoming government of Dapo Abiodun, come May 29.

Salako-Oyedele, who commended the team of the outgoing administration for providing necessary information, added that both teams would continue to exchange information that would help the incoming government hit the ground running immediately it assumes duty on May 29.

We have been working on this for quite a while and we are going to exchange information in the next few weeks, so that by May 28 when the hand over is taking place, all the things that we need, I believe, will be handed over to us. And whatever it is that we cannot see in that period, we ask from them and with this interaction, I think we will have a seamless one.

“May 28 is the official hand over date, prior to that; we will exchange information between the two groups. We need to get information from government so that we can start to plan and when we get to office on the 29, we can hit the ground running and continue the work of government. Government is a continuum; people have to know that government continues, they have said they would oblige us with information to be able to do our planning prior to 28.

“The government team came to the meeting and they have briefed us what they have done to date. We have given them a list of information we require from them and agreed timelines for which they will exchange that information with us. Then, we have subsequent meetings to review whatever they have and we continue that on a cycle until May 21, which will be our last meeting and then, that will give them a week to then wrap up and prepare their report to be handed over on the 28 of May.

Also speaking, Ogun SSG, Adeoluwa, said the government team had been directed by Governor Amosun to render all assistance, cooperation and everything required by the team of the governor-elect, towards ensuring a smooth transition.

He expressed delight that the meeting had turned out to be successful as expected, noting the two groups would harmonise their programmes ahead of May 29 inauguration.

“Today’s meeting turned out to be what we wanted it to be. A meeting of same family, a meeting of friends and colleagues, a meeting of people with same purpose, that is Ogun State. And Ogun State will be the winner of it all. And we want to thank the committee led by the deputy governor elect, for their courtesy and for the fact that they also came to the meeting”, Adeoluwa said.