• Asks for collaboration with FG on security

This is coming as the Governor of Zamfara State and Chairman of Nigerian Governors’ Forum (NGF), Alhaji Abdulaziz Yari, warned that Nigeria stands the risk of running into a serious economic crisis, if nothing is done to diversify its economy before 2026.

Speaking yesterday in Abuja at the opening ceremony of a three-day induction of new and returning governors of the federation, which was organised by NGF, Osinbajo said states should not continue to expect that the federal government can do more interventions because that may not necessarily offer much hope.
He said the federal government has intervened in the financial crisis affecting states in the last three years through loans, bailouts and Paris Club refunds to the tune of well over N1.1trillion.

“We have in the past three years, intervened through loans, bailouts and Paris Club refunds to the tune of well over N1.1trillion. This represents the highest amount of federal government’s extra statutory allocations and interventions to states in Nigeria’s history and we are proud to say that there were no discriminations along party lines,” he said.
Speaking on the complaint by some state governors over the difficulty in meeting the demands of the N30,000 minimum wage, Osinbajo said the states must devise a means of improving on their internally generated revenue (IGR) in order to cope.

According to Osinbajo, states must strive in the next few years to earn more in internally generated revenue.
He said states must leverage their most advantageous agricultural produce, and working with the federal government’s initiatives in agricultural credit and the recently launched Green Imperative, with the Brazilian Government, adding that it is possible for states to generate significant revenues from agriculture.

He said: “We must more effectively collect Value Added Tax and increase our agricultural output, work with the federal government to make broadband infrastructure available all over the country, so our young people anywhere in the country can do jobs from anywhere in the world, from their villages in any corner of Nigeria.”

Osinbajo, however, cautioned states against going on the over-drive in the effort to raise revenue from taxation.
“If a state is charging for right-of-way from communications companies and is hindering the laying of cables and other broadband infrastructure as an IGR measure, permit me to say that that will be penny wise and pound foolish. To tap into the millions of jobs in technology and other services that a country like India, for example, has tapped into, requires broadband infrastructure across the country.”
On the federal government’s new policy outlook, Osinbajo said the president has made it clear that government will be focusing attention on human capital development and physical infrastructure.

He said: “We will be working with the states on education, especially the education of girls, and we have begun some deep diving in this respect at the National Economic Council.
“We are doing the same with healthcare. We have already started to implement the one per cent of CRF in the Health Act and that was implemented in the 2018 budget and we intend to do so with the 2019 budget.”

Osinbajo Asks for Collaboration with FG on Security

On maintenance of law and order, the vice president said one of the very critical things that the National Economic Council (NEC) will have to do in its next meetings is to look at how to more effectively fund security.
According to Osinbajo, this has to do with collaboration between states, the federal government and the private sector.

He commended the governors for the support they have been giving the law enforcement agents through security votes.
Osinbajo told the participants: “As Mr. President has said, maintaining security is the first order of business for us as Chief Security Officers at the federal and state levels. We must work together and seek even more creative ways of making our country completely safe for its citizens.

“I must commend the excellent support that governors have been giving the Police and Armed Forces posted to your various states. I know that large amounts of money are voted practically every month in support of law enforcement and security.

“One of the very critical things that the National Economic Council will have to do in its next meetings is to look at how to more effectively fund security. This has to be collaboration between states, federal government and the private sector.

“I know that several private sector organisations and individuals are keen to contribute in one way or the other to funding law and order and security infrastructure in our country and I am sure working together with NEC, we can do a lot more than we are doing at the moment.”

The vice president, who said security remained a top priority of the federal government, submitted that various forms of security crises, including the menace of terrorism by Boko Haram and herdsmen’s violence in various parts of the country have stretched the security agents beyond capacity.

However, he said the government was committed to recruiting more hands into the security agencies, reiterating the need for more effective collaboration of the federal government with the states, particularly in the area of community policing and involvement of citizens, civil groups, traditional institutions and the police.
The vice-president also said beyond insecurity, the country was facing a myriad of other challenges in the areas of human capacity development, education, healthcare and unemployment, noting however, that as huge as the challenges may be, they are not insurmountable.

According to him, “Security remains top of our agenda. The law and order challenges in parts of the country, for example, the opportunistic attacks of Boko Haram in the Northeast; incidents of attacks by herders and frequent clashes between herders and farmers, similar incidents now occurring in parts of the North-west, have stretched the capacity of our law enforcement agencies considerably.
“But we are committed to recruiting more men and women into all our security agencies and improving their capabilities to maintain law and order.
“At our discussions at NEC, we have recommended more effective collaboration with State governments; a major plank in that collaboration is Community Policing. This involves more practical collaboration between the citizens, civic groups, traditional institutions and the Police.”

Meanwhile, Zamfara State Governor and Chairman of Nigeria Governors Forum, Yari, has warned that Nigeria stands the risk of serious economic crisis, if nothing is done to diversify its economy before 2026.
Yari said that it has been a challenging experience managing state economies that are totally dependent on accruals from the federation account.
He said many states are facing financial difficulties due to poor internally generated revenue.

According to Yari, President Muhammadu Buhari has been able to assist states in stabilising their economy through the bailout fund.
He, however, said that governors have unanimously resolved at the meeting of the NEC that solution to the nation’s economic problem does not lie with borrowing.

“It is imperative to note that the governors’ forum under my chairmanship, and the National Economic Council under the chairmanship of the vice president have agreed that borrowing is never a reliable alternative to solving our economic problems,” he said.
Yari told the governors-elect that it has become imperative that all the tiers of government must work hard to increase their revenue base so that they would be able to meet the demands of the people.

On the issue of the payment of the N30, 000 new minimum wage, Yari said the federal government should ensure that key revenue earning agencies like the Nigerian National Petroleum Corporation, Federal Inland Revenue Service, Custom Service and other sister agencies are made to function efficiently and optimally to increase revenue returns.

The Zamfara State governor, who gave the president credit for saving states from economic collapse, said that in order for states to meet their obligations, tax laws must be strengthened to bring in more revenue.
He warned that Nigeria stands the risk of serious economic crisis, if nothing is done to diversify its economy before 2026.
Speaking on the activities of development partners in the country, the representative of the Bill Gate Foundation in Nigeria said the group is working hard with states to ensure the eradication of polio.

He said 14 states are currently affected by polio.
The foundation listed some of the affected states to include, Jigawa, Kaduna, Ogun, Lagos and Bauchi.
The Foundation also tasked states in the north to do something to improve on education of its young people as a way of stemming the high rate of mortality in the areas.
Representative of United Kingdom Fund for International Development (UFID) said Nigeria received close to £500 million in aids from the UK.

Representative of the United Nations in Nigeria charged incoming governors to work for peace and security without which he said there may never be any meaningful development.
He said the UN has been involved in the efforts to restore peace to troubled areas and to work to achieve sustainable peace and stability.

He said the UN office is currently engaged in collaborative ventures with the states to ensure the achievement of sustainable development goals.
The United States ambassador spoke on the issue of insecurity, admonishing the leaders to ensure that it builds trust between the security forces and the local community as a way of making their job easier. 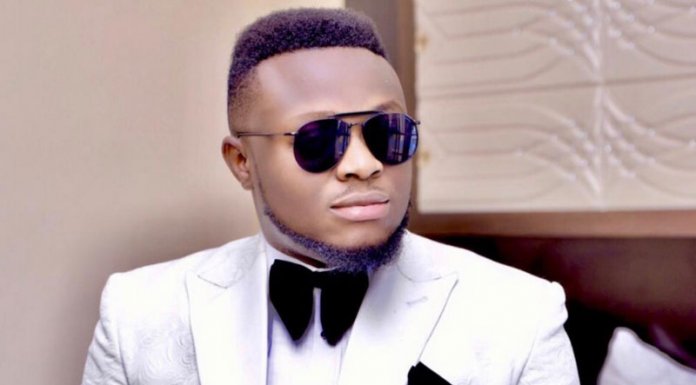