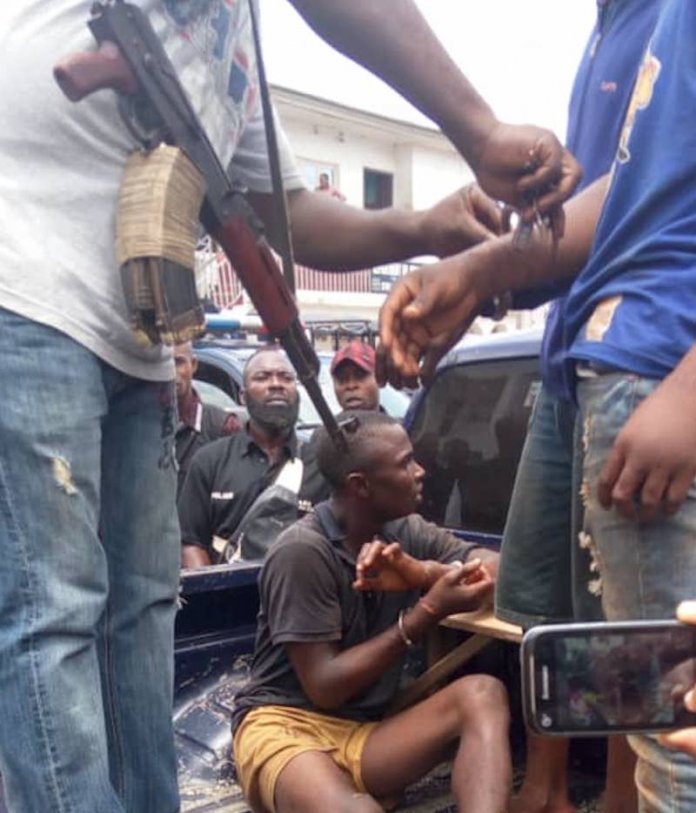 The Anambra State Governor, Chief Willie Obiano, has increased the cash reward promised for information about the killers of ex-lawmaker and president General of Nimo Community, Mr Frank-Anthony Igboka.

Obiano had earlier promised a cash reward of N5 million for anyone who could give useful information that could lead to the arrest of the killers of Igboka who was shot dead two weeks ago in his community, Nimo.

The Anambra State Commissioner of Police Mustapha Dandaura told journalists in Awka while parading one of the suspected killers that Obiano has pledged N5 million each for three of the fleeing suspects already named.

Dandaura said: “Following the incident (killing of Igboka), the command under my watch launched an aggressive manhunt of perpetrators of this dastardly act which led to the arrest of the main kingpin, one Chigbo Anyaegbu a.k.a Transformer, aged 27 years.

“The suspect is from Nimo. Other gang members are at large and effort is being intensified to apprehend them.

“They are Smart, surname unknown; Chukwuonso alias Nwasami; and Obinna Okafor. Suspects have all been declared wanted by the command and a cash reward of N5 million (each) was promised to anybody who provides useful information that could lead to the arrest of the suspects by His Excellency the executive governor of Anambra State, Chief Willie Obiano.”

THISDAY gathered that the suspects carried out the operation, using a stolen Toyota Corolla car.

Dandaura told journalists while parading the suspect that the killers of the former lawmaker, who was also the president general of his community before his death, was not unconnected with his role in ridding the community of bad elements.

“He was a brave and strong man, and criminals feared him while he was alive, and it is believed that his killers may be bad boys in the community,” Dandaura said.

The suspect, Anyaegbu, while speaking with journalists, said he was only invited by his friends to join them for an operation, but was not told that the operation involved the killing of Igboka.