With two transfer markets ban placed on Chelsea, the Blues may need not to worry in one area of the field-the defensive department, as many of their loanees are doing very well defensively for their various clubs. Just on Tuesday, on loan Chelsea defender, Oluwafikayo Damilola Tomori was voted defender Derby’s Player of the Season

Chelsea  defender Oluwafikayo Damilola Tomori who’s on loan at English Championship side Derby County was voted the Club’s player of the season.

The 21-year-old, who came through Chelsea academy won the FA Youth Cup and UEFA Youth League with the club before making his senior Blues debut on the final day of the 2015/16 season against Leicester City.

Tomori has made 49 appearances for Derby in all competitions this season and has helped them into their current position in one of the promotion play-off positions with three games to play. They are sixth.

“I came here on loan so I was not expecting to win this, I just came to do my best,” said Tomori after collecting his Player of the Season award. He has previously been Chelsea Academy Player of the Year.”

“I’m just glad the fans recognised that I was trying to give my best and hopefully I can continue that for the rest of the season and we can get into the play-offs and get into the Premier League.

“I try not to let it sink into my head because otherwise I may lose concentration but it is nice to hear,” he said.

Derby County visit one of their rivals for a play-off place, Bristol City, this Saturday before finishing with games at Swansea City and at home to West Bromwich Albion.

Tomori is eligible to represent Nigeria at international level through his parents, through his birth in Calgary and England through his upbringing having lived in the country since he was a toddler.

The Rams defender has impressed for Frank Lampard’s side in the Championship. He followed up his Derby County Supporters’ Player of the Year award by being named the Rams Player of the Season on Tuesday night.

Tomori has thoroughly impressed during his season-long stint from Stamford Bridge, starting 40 of the Rams’ 43 league games and also playing in all eight of their cup matches.

The Nigeria Football Federation target has also impressed for the Young Lions ahead of the U-21 EURO, picking up the Man of the Match award in his last game against Poland.

‘’His progression this year has been incredible. From when he came in, he was a good young player anyway, but you can see how pivotal he has been in our team. He has grown from within and I’ve enjoyed working with him day to day. He wants to learn and improve his game but all the attributes he has, he is using them,’’ Lampard said.

Tomori, who previously enjoyed loan spells at Brighton & Hove and Hull City, has not played for Chelsea’s first team since making his professional debut against Leicester City on May 15, 2016.

Tomori arrived in the summer as competition and cover for what was viewed as the first-choice pairing at centre back of Curtis Davies and Richard Keogh.

An injury to Davies ahead of the first home game against Leeds United opened the door to Tomori, a big moment for him but not a good afternoon for the team as the visitors won 4-1.

“Injuries have restricted Davies to only three starts, and Tomori deserves praise for the way in which he has stepped into the team.

“He has brought genuine pace to the back line, a valuable commodity, and he is capable of hitting raking diagonal passes.

“It is now difficult to split Tomori and Keogh when it comes to player of the year. They have been Derby’s most consistent players; they have helped each other, as partners at centre back should.

“It’s easy to get lost among the dozens and dozens of loanees,  too many to count on Chelsea’s books.”

That’s been the case with young Tomori, who’s been overshadowed, certainly in terms of media attention, by fellow Chelsea loanee Mason Mount at Frank Lampard’s Derby County. But as crucial as Mount has been to the Rams’ promotion hopes, 21-year-old Tomori has quietly become an indispensable part of Derby’s setup.

In fact, other than club captain Richard Keogh, who’s literally played every single minute of every single game in every single competition (46 matches in total), no one has played more than Tomori. And Tomori only lags behind the Ironman Keogh by 270 minutes – and one of those games he missed as he hadn’t yet joined on loan!

Tomori’s success isn’t surprising. He’s always been a rock for the Chelsea youth teams and he showed well in his previous two loans (half season at Brighton, full season at Hull, both in the Championship). It’s fair to say, he’s now too good for the second tier, an assessment that Lampard fully agrees with.

“There is still a lot more steps in him to go but he was incredible on Saturday against Rotherham. He performed from the first minute until the last and when he plays like that, it’s scary to think how good he can be. He can go to the top if he plays like he did on Saturday and can get better.”

So that’s two-for-two with Lampard and Chelsea loans, with both Mount and Tomori taking full advantage of the coaches’ trust, shout out to Jody Morris here as well! and repaying said trust with excellent performances.

“I’ve always said with loans that it is a two-way street. They do well for us, hopefully, we do well for them, and they go back to their clubs improved. It is satisfaction because, like most of the young players, they are sponges, they want to learn, they are hungry and do well at this club.

“If you watch the way Tomori celebrates every goal; he sprints up the field and celebrates with everyone and he feels it. That is what the fans want to see and that’s what makes players have the capabilities to be top players because it comes from that hunger within. We have huge satisfaction with how he has progressed and he needs to keep it going for the last couple of games,” said Lampard.

Derby currently sixth in the Championship table, level on points with seventh-placed Middlesbrough but boasting a better goal difference and also having a game in hand on the Teesside outfit.

Lampard’s charges have three regular-season games left, away at Bristol City, away at Swansea City and finally at home against West Bromwich Albion. 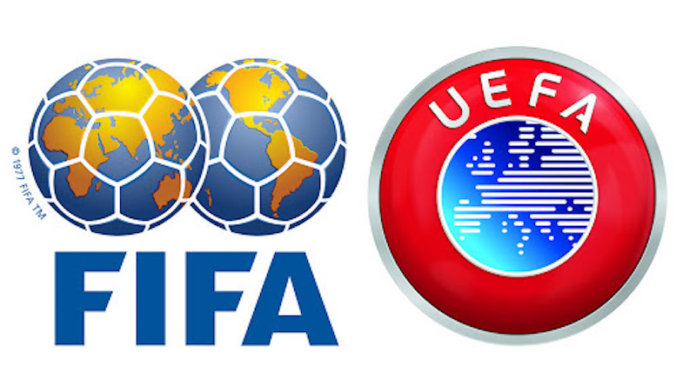