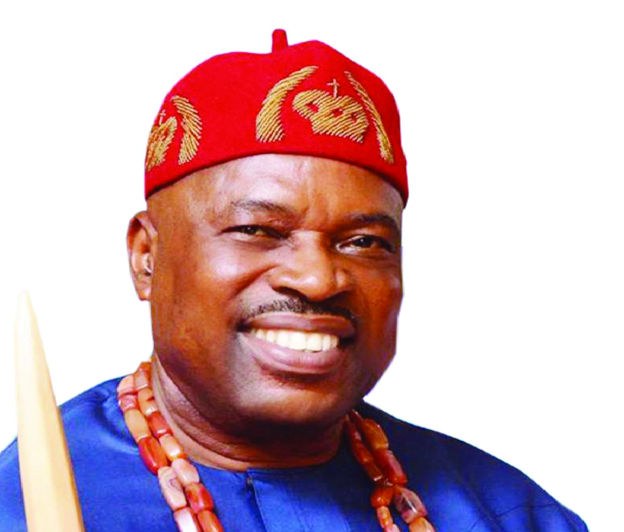 Every community is blessed with worthy and highly patriotic indigene who contribute their best endeavors to their upliftment. A common axiom has it that unto whom much is given much is expected. However it is not many that give much to community in the commensurate manner they are given. Only a few highly patriotic indigenes give substantially to their community. Commandant Ezekiel Chuks Obalim (rtd) aka small London, of the Nigerian Security and Civil Defence Corps (NSCDC) is a name that has gone down in the history of Awkuzu Community in Anambra State as one who has touched many leaves positively in the community. His most outstanding contribution is the electrification of the town in 1987. His role as Chief Launcher during the launching of the project apart from being the largest contribution also attracted many indigenes of the town to support the worthy project.

Born of very humble parentage, he was educated at St. John’s Primary School Awkuzu then went to Premier College Yaba for his Secondary Education. His passion for business influenced him to study Business Administration at the prestigious Strayer college Washington DC, United States of America from 1982-1986 to obtain his first degree. He started working with Zinoxy Security Organisation in Maryland USA as a supervisor for two years. Thereafter he joined Kenturcky Fried Chicken as Customer Service Manager. He returned to Nigeria in 1986 and established his Progress Motors Ltd soon after in 1987.

A devout Christian, he also attended Christian Faith Theological Seminary Inc. from where he obtained a Phd. This gold fish that has no hiding place breathed his last a few weeks ago and since then Awkuzu community has being thrown into big mourning, Many of his associates and friends among whom are but not limited to Dr. Lawrence Ojemeni MFR, Chairman/CEO of Lento Aluminium Limited HRH. Igwe Chris Onyekwuluje Eze Nya 1 of Umunya, HRH Igwe Peter Uyanwa, Ezedike of Ukwulu, Prince Nicholas Ukachukwu, Chief Ignay Nwene (Agbalanze Awkuzu) Chief Chucks Olu Akabike (Obodoeze) have paid glowing tributes to him. His remains will be laid to rest on Wednesday April 24 2018 at his residence in Umudunu, Dusogu Awkuzu.

May his great soul rest in perfect peace Amen.