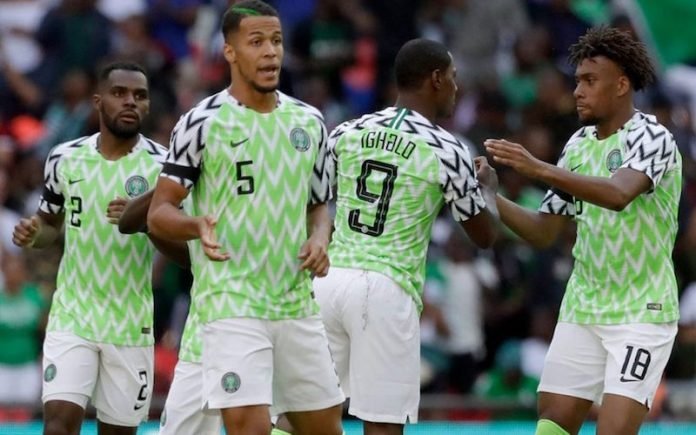 Organisers of the prestigious Nigeria Pitch Awards have announced Super Eagles trio of Ahmed Musa of Al-Nassr, Odion Ighalo of Shanghai Shenhua and Wilfred Ndidi of Leicester City FC in the shortlist for the King of the Pitch Award for the 2018/19 edition scheduled to hold in May.

Speaking at a well-attended media briefing in Ibis Hotel in Lagos yesterday, President of the Nigeria Pitch Awards, Shina Philips expressed the gratitude of the organisers and partners to all sport journalists, the Nigeria Football Federation and SIAO Partners for their support for the awards since 2013.

He stated that the organisers were working on a plan to overhaul the organisation specifically with a view to reducing the number of categories.

“We are planning a major reorganisation with respect to the number of categories we have. By next edition, we will certainly have fewer categories. We believe this will make it easier for our voters to complete their votes,” Philips said.

Nneka Eneli, Head of Corporate Services who represented Pastor Ituah Ighodalo, the Managing Partner of SIAO Partners said the shortlist of potential winners was drawn from the votes cast by sport journalists across the country between February and March 2019.

Other categories for which players and officials have been nominated include; Goalkeeper of the Year category, Ikechukwu Ezenwa of Katsina United FC, Theophilus Afelokhai of Enyimba F.C and Francis Odinaka Uzoho of Deportivo La Coruna/Anorthosis Famagusta.

Brighton and Hove Albion FC defender, Leon Balogun, William Troost-Ekong of Udinese FC and Kenneth Omeruo of Leganés FC will compete for the Defender of the Year award.

Pitch awards voters also recognised the growing influence of Stoke City midfielder, Oghenekaro Etebo by nominating him along with Wilfred Ndidi of Leicester City and Arsenal FC’s Alex Iwobi in the Midfielder of the Year category.

In the Striker of the Year category, former Kano Pillars striker, Junior Lokosa will slug it out with Shanghai Shenhua striker Odion Ighalo and the Super Eagles Vice-captain and Al-Nassr striker, Ahmed Musa.

In the women category, multiple award winner, Asisat Oshoala who is on loan at Barcelona Ladies, Francisca Ordega of Shanghai shengli and Super Falcon new sensation, Rasheedat Ajibade of Avaldsnes IL in Sweden will vie for the Queen of the Pitch award.

Nominees for the other categories are: MVP in NPFL: Godwin Aguda (Enugu Rangers), Junior Lokosa (Kano Pillars) and Mfon Udoh of Akwa United.

Also for the MVP in the NWFL: Anam Imo (Nasarawa Amazons), Evelyn Nwabuoku (Rivers Angels) and Rasheedat Ajibade (Avaldsnes IL) are in the running while for the Coach of the Year: Thomas Dennerby (Super Falcons), Gbenga Ogunbote (Enugu Rangers) and Solomon Ogbeide (Lobi Stars) have been shortlisted.

In the Club of the Year category, Akwa United, Enugu Rangers and Lobi Stars were shortlisted.

Super Sand Eagles, Super Falcons and Super Eagles are in the race for the National Team of the Year.

Ogabor Joseph Odey, Adebimpe Quadri and Ferdinand Udoh were also shortlisted for the Referee of the Year category.