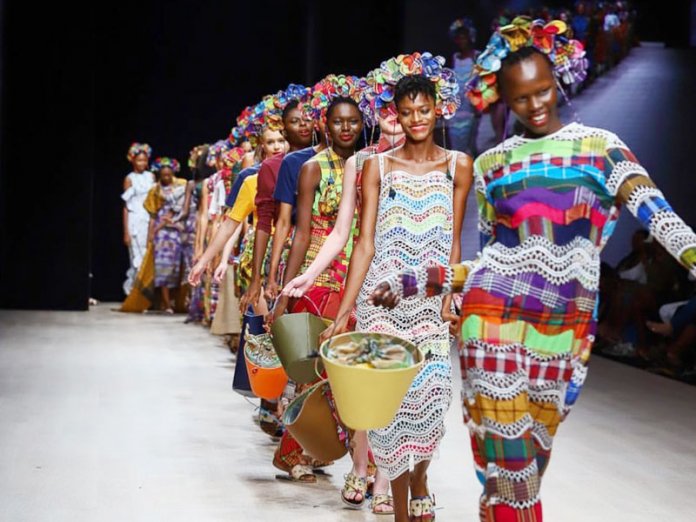 The 2019 Arise Fashion Week, widely acknowledged as the biggest fashion show on the continent, may have ended, but the memory truly lingers. Held from April 19-21 at the Intercontinental Hotel, Victoria Island, Lagos, it featured over 30 local and international designers from Africa, America and Europe. CHIEMELIE EZEOBI and MARY NNAH write that the show, which had over 150 models strutting the runway, lived up to its fame by collaborating with international fashion icons, just as it featured budding and seasoned African talents

What is the African fashion calendar without the Arise Fashion Show? Definitely wanting! Therefore it was not surprising that for the sixth time, the Arise Fashion Week was a roaring success. Put together by Arise Media, the show which is the biggest and most prominent fashion show in Africa, pulled global fashion brands and models to Lagos to showcase the beauty of the African fashion industry to the world.

It is no gainsaying that the show provided a platform where the global fashion elite met with their African counterparts. Most importantly, the designers got to showcase their designs to a global audience of retailers,

and financiers, as well as the media, thus ensuring that Nigeria and the continent at large are firmly put on the global fashion map.

This year, the show was headlined by international supermodel, Naomi Campbell. Others who are also not new to Arise runway include Grace Bol, Georgie Badiel, Millen Magese, and Oluchi Orlandi.

For Colombian international designer, Esteban Cortazar, who was invited to the stage by the event headliner, Naomi Campbell, he said he was very impressed by the designs he saw.

Taking into cognisance the budding talents who spring up daily, Arise Media introduced a mentorship platform. Known as the ARISE Fashion Management and Mentoring Programme (AFMMP), it was designed to nurture start-ups in the fashion business to international standards.

This year, the business side of fashion was also discussed. The Arise Talks consisted of a panel comprising Arzi Ifrah, Liya Kebede, Eniola Dawodu, Olivia Singer, Niyi Okuboyejo and Adeola Bali, who discussed , “The Essence of Design and Textiles: Preservation, Protection and the Advancement of the Craftsmanship’.

This was followed by a conversation with Andrea Leon Talley of the Vogue Magazine, during which he shared his experiences reporting fashion and entertainment, his meeting with Naomi Campbell and the journey so far.

Campbell also used the opportunity to announce that she will soon be launching a motivating fashion fellowship in collaboration with Gucci in universities in Lagos, Ghana, Kenya and Cape Town in a bid to at unleash the hidden talents that abound in the continent. University of Lagos was picked as the pilot study.

The supermodel made the revelation during the second session of Arise Talks moderated by Laila Johnson-Salami with  a panel made up of Campbell, Reni Folawiyo, Barbara James and Funsho Olusanya discussing the topic, ‘Business of Fasion – Exploring all Facets of the Emerging Markets in Africa.

The fashion expert elucidated that after 33 years on the runway, it was time she used her network, experience and talent to empower Africans.

Therefore, as the curtain closed on the sixth Arise Fashion Show, it was obvious that Nigeria, nay, Africa, has truly come to its own- fashion wise.