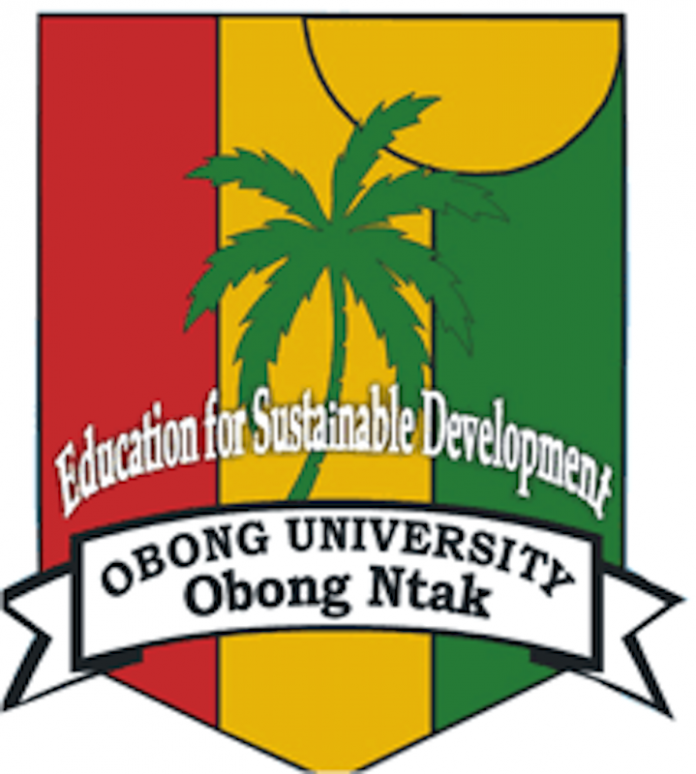 The National Universities Commission (NUC) has granted accreditation to 10 out of 15 academic programmes offered by Obong University, a private university based in Akwa Ibom State.
At a pre-convocation briefing held at the institution in Etim Ekpo Local Government Area, the Vice-Chancellor, Professor Udoudo Ekanemesang said the accreditation of the five remaining programmes is being looked into by the NUC.

According to him, out of the 10 programmes recognised by the NUC, five have received full accreditation, while five secured interim accreditation.

He said the programmes fully accredited are Computer Science, Economics, Biochemistry, Micro-biology and Sociology while those on interim accreditation are Political Science, Public Administration, Religious Studies, Peace Studies and Accounting.

The vice-chancellor disclosed that a former Governor of the state, Victor Attah would be conferred with a honorary doctorate degree in Administration during the 2016/2017 and 2018 combined convocation of the institution, adding that the university senate approved that Attah should be honoured for his contributions to humanity within and outside the state.

He said the forthcoming convocation will witness the award of certificates to 298 graduands comprising three first class; 119 second class upper division; and 172 second class lower, while four students will graduate with third class.

He said the university in the pursuit of its programmes would not lose sight of the vision of its founding fathers, which is to produce critical and thinking graduates for the society.

“Obong University is marching on in line with the vision and mission of its founding fathers to provide holistic educational experience to our young men and women, to produce graduates who would be thought leaders and critical thinkers with commitment to lifelong learning,” he stated.

Ekanemesang, who expressed concern over the high level of insecurity as a result of militant activities that engulfed the institution leading to abduction of staff and students, thanked Governor Udom Emmanuel for restoring peace to the restive communities and assured parents and guardians of the safety of their wards while in school.

He also refuted claims that private universities are exorbitant and unaffordable to the poor, saying that as the only faith-based university in the state, its objective is to make quality education affordable and accessible to a greater majority of the society.