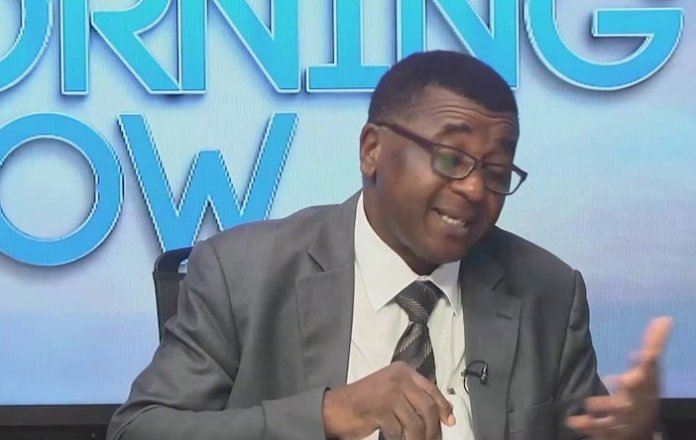 We have a responsibility not to deprive the suffering in our midst the chance to live a dignified life if not for anything to emphasize our common humanity. We have the obligation not to foreclose the solidarity options open to us in order to hearken to the assistance of the suffering. It is not enough to busy ourselves in many differing human activities.

One of the principal errors that has seriously burdened the process of liberation in our modern age is the widely held conviction that it is the progress achieved in the fields of the sciences, technology, economics that should serve as the barometer for measuring progress. This is a misunderstanding of the meaning of progress. If human welfare is not firmly placed at the centre of all our collective concerns then we are simply wasting our time. Therefore we have to convince the men and women of our age that abstractions such as democracy, political party, economy, development and so forth are not end in themselves, but have value only to the extent that they bring the greater welfare to the people.

For us in Nigeria, the struggle against misery is crucial to the future of our country. We cannot turn our back on our suffering country men and women. Faith without work, we have been told, is a dead faith. Charity itself is the bond of perfection. As St. Augustine explains, “Everyone can make the sign of the cross of Christ; everyone can answer, Amen; everyone can sing Alleluluia; everyone can have himself baptized, can enter churches, can build the walls of basilicas.

But charity is the only thing by which the children of God can be told from the children of the devil. Those who practice charity are born of God; those who do not practise it are not born of God….” Turning our back on the suffering is a betrayal of our faith and humanity. “A man or a society that does not react to suffering and injustice and makes no effort to alleviate them is still distant from the love of Christ’s heart. While Christians enjoy the fullest freedom in finding and applying various solutions to these problems, they should be united in having one and the same desire to serve mankind, otherwise their Christianity will not be the word and life of Jesus: it will be a fraud, a deception of God and man”(St. Josemaria Escriva, Christ is Passing By).

Therefore there is the urgent need to reach out to the suffering. The concern for the suffering should flood our hearts and those of our friends. Last week the Friends of the Sick International, an NGO based in Lagos with the sole objective of catering for the sick and the suffering in hospitals, invited me to a visit to the sick. We went to a popular public hospital in Lagos.

On getting to the hospital we introduced ourselves to the nurses on duty. They welcomed us and gave us leave to visit the sick persons in the wards. In one of the wards we met a carpenter who was dying. His little daughter sat beside him. She told us that her father fell off a building and was picked up unconscious. She told us that her mother had separated from her father a long time ago. Asked whether she had had any meal that day she answered in the negative. Consequently one of us put his hands in his pocket gave the little girl some money.

On leaving the carpenter, we went straight to the bed of a young man, probably in his 30s. His genitalia was swollen. It looked ruptured. It was difficult to have a word with him because he was writhing in pains. The other patient we saw was a victim of okada accident. He fell off an okada along a major expressway and smashed his head on the concrete. His two eyes were swollen. His upper and lower jaws were broken. Sitting by his side was his wife. Near the bed of the okada victim was another young man whose left leg was amputated a few days earlier. His major concern was how to settle his huge hospital bills. His wife who sat beside him was making frantic phone calls to raise funds to pay the hospital bills.

We consoled the patients. We told them about the value of human suffering. In fact one of the patients confessed that his suffering has brought him closer to God. He said that unlike before when he rarely remembers God, he prays to God regularly. One of us briefly narrated to the patients the story of Jesus Christ, how he went about healing people only to be arrested and crucified by the Jews. He told them that Jesus taught that suffering has a redemptive value.

He himself suffered to redeem mankind. He would have avoided suffering but he chose it in order to redeem man. He told his followers that they must embrace suffering. “If any man would come after me let him deny himself and take up his cross and follow me. For whoever would save his life will lose it, and whoever loses his life for my sake and the gospel will find it” (Matthew 8: 34-35). Another member of our group also narrated to the patients the Biblical story of Job and his sufferings. Yet another member told the patients about a book written by Rabbi Harold S. Kushner with the title: “When bad things happen to good people”. The book tries to provide answer to the mystery of suffering.

In this book the Rabbi narrates how his three-year-old son Aaron was suffering from progeria, a rare degenerative disease that causes rapid ageing in children. The Rabbi writes, “Aaron would not grow much beyond three feet in height. He would have no hair on his head and body. He would look like a little old man while he is still a child and would die in early teens”. Feeling dejected about the whole thing the Rabbi woke up one day and said, “If God existed, if he was minimally fair, let alone loving and forgiving, how could he do this to me”? But in the end, the Rabbi accepted the will of God and rejected the notion that suffering is a punishment inflicted by God. “The Almighty God, who, even the heathen acknowledges, has supreme power over all things, being Himself supremely good, would never permit the existence of anything evil among His works, if He were not so omnipotent and good that He can bring good even out of evil” (St. Augustine). And according to St. Thomas, “God permits indeed that evil come about so as to draw a greater good from them. Whence the words of St. Paul to the Romans, “where sin increased, grace abounded all the more….”

Anyway we left the patients in a happy mood. The hospital social worker thanked us for coming. He hopes that more visitors will continue to come to the hospital to cheer up the patients. The public should not abandon the patients in our hospitals. They need the solidarity, love and affection of the public.