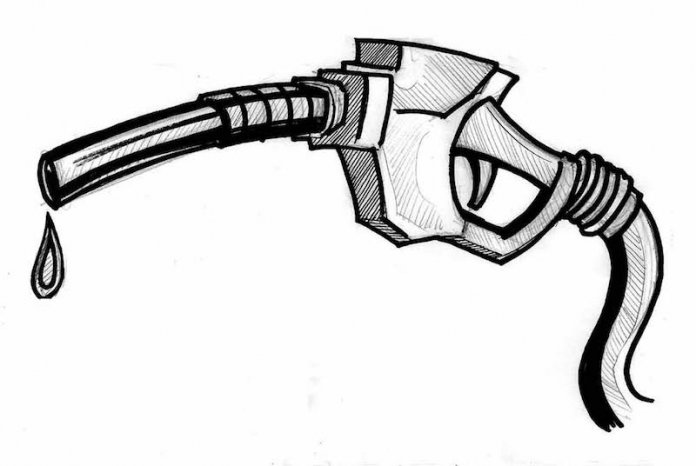 Government should summon the courage to let go of petrol subsidy

Against the backdrop of long queues at some filling stations across the country last week, Finance Minister Zainab Ahmed reiterated government’s resolve to retain fuel subsidy. “There is no plan to remove subsidy now because we have not yet found an alternative package to subsidy,” the minister said. The response was also to the International Monetary Fund (IMF) which is piling pressure on the federal government to cut out fuel subsidies to free resources to build infrastructure and support human capital development. The pressure is not without cause.

A recent World Bank report called the “Nigeria Biannual Economic Update” for 2018, disclosed that Nigeria spent N731 billion to subsidise petrol consumption last year. In addition, the report stated that the Excess Crude Account (ECA), which provides the country some fiscal buffer, was virtually depleted even though prices of Nigeria’s Bonny Light blend was on average $21 per barrel higher than the budget benchmark price. According to the bank, most of the petrol volumes Nigeria spent money to subsidise in 2018 was inflated as daily consumption rose to 54 million litres per day from 40ml/d in 2017.

To be sure, there are compelling arguments to make removal of subsidy at this point very tricky. Those opposed to the idea usually cite its potentially inflationary impact and the multiplier effects that place a disproportionate burden on the poor. This is a legitimate concern especially in an economy with high incidence of poverty, erratic power supply and inadequate public transport system.

As we have argued on this page several times, subsidies can make political and social sense when they allow a government to pursue strategic objectives beyond the remit of the market and are well targeted. However, the fuel subsidy regime in Nigeria has been largely captured by an importation cartel and is simply unsustainable. Besides, spending a substantial slice of the national budget to service the consumption of one single item is detrimental to the development of any nation.

Even if all the sharp practices associated with it are discounted, the fact remains that Nigeria does not have the capacity to sustain petroleum products subsidy. For an economy that is getting weaker and weaker due to exogenous factors beyond the control of the country, the “luxury” of sustaining a warped subsidy regime is not only deceptive, it is tantamount to merely postponing the evil day while wasting scarce resources.

We are well aware that this decision is not cost-free. But Nigerians should be objective in assessing the policy against the reality on ground. For one, the standards of behaviour at the Nigerian National Petroleum Corporation (NNPC) are troubling. The NNPC has a dismal record when it comes to the issue of transparency and accountability. For decades, there have been efforts to address the legal, institutional and regulatory framework weighing down the NNPC and indeed, the oil industry. Kachikwu had, for instance, said a while ago before the National Assembly that there was a broad consensus that the role of government in the sector needed to be “better clarified” whilst the policy, regulatory and commercial institutions “need to be given a refocused mandate to ensure better sector governance, transparency of regulations and operations”.

Unfortunately, no government has been able to summon the courage to address the impunity and the arbitrariness in the sector with the overall aim of closing the loopholes that breed corruption. But given recent disclosures, there can be no better time than now to fast-track reforms in the NNPC and make it more beneficial to the Nigerian people. So too is the need to speed up the passage of the Petroleum Industry Governance Bill (PIGB) which aims at strengthening the institutional and governance structure of the oil industry and the promotion of transparency and accountability.