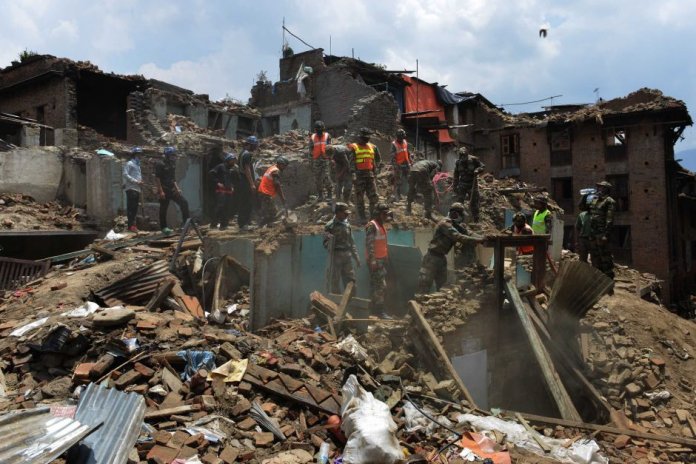 Nepal was struck by a magnitude -5.2 earthquake on Wednesday, the country’s seismological centre said, on the eve of the fourth anniversary of the major quake that killed about 9,000 people.

Its epicentre was in Naubise, about 28 kilometres south-west of Kathmandu.

According to the centre, another quake of magnitude 4.3 hit 12 minutes after the first one.

The centre said both were aftershocks of the devastating earthquake that struck Nepal on April 25, 2015.

Over 44,000 aftershocks have been recorded since the magnitude -7.8 quake.

People in Kathmandu felt the seismic event; however, there were no immediate reports of damage or injuries.

The reconstruction of thousands of homes, heritage sites and school buildings is still to be completed in Nepal four years after the tragedy, with government facing criticism for the slow recovery.

“A huge funding gap for reconstruction of school buildings has forced thousands of students to study in makeshift structures,’’ the Kathmandu Post reported on Tuesday. (NAN)