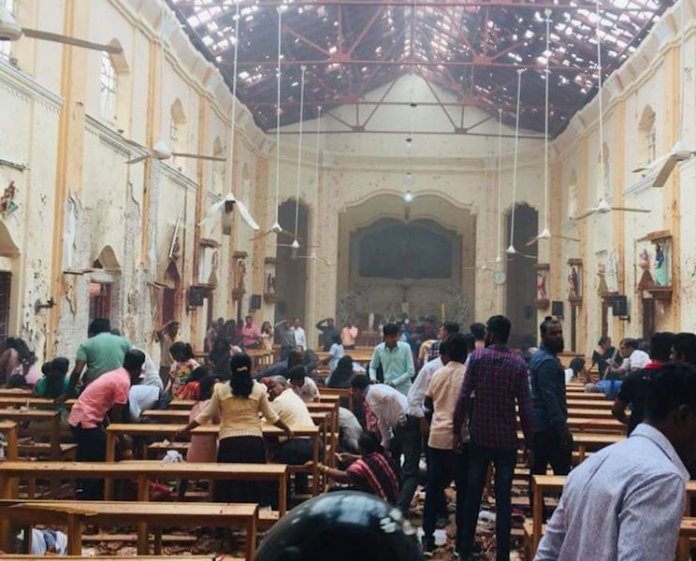 The Christian Association of Nigeria (CAN) has asked the United Nations and other global organisations to come to the aid of all the victims in Sri Lanka, France, Nigeria and other countries of the world under the siege of terrorism.

This is contained in statement conveying the sympathy and concerns by the Christian community in Nigeria on terrorist bombing of Sri Lankan churches during Easter Sunday services where no fewer than 300 persons, including children and foreigners were killed and over 405 sustained multiple injuries.

The statement issued yesterday by the CAN President, His Eminence, Rev. Samson ‘Supo Ayokunle and signed by his Special Assistant (Media & Communications), Pastor Adebayo Oladeji, the body said that it stands with the government and people of Sri Lanka, describing the incident as a colossal loss to humanity.

“We urge the UN to take a more aggressive lead in championing a global campaign to stop all forms of terror attacks, not just against Christians, Churches and other worship places around the world, but it should also improve on its provision of relief supports to the victims of terrorism promptly. The situation requires immediate action in order not to get out of hand”, it said.

CAN also decried the killing of no fewer than 11 people in Benue State during the Easter celebrations.

According to CAN, there was further reports that 20 other persons died and while some 35 others also sustained injuries in other Easter day attacks on Christians in Adamawa and Gombe states.

CAN said though Sri Lankan officials reportedly said they believed that the local Islamist extremist group, National Thowheeth Jama’ath (NTJ), was behind the attacks, ISIS has already claimed responsibility for the dastardly attacks, according to media reports.

It added that ISIS had gained global notoriety as a terrorist group that derives joy in barbaric persecution of Christians and launching of deadly attacks against them.

“It is a tragic irony that these dastardly acts took place while we were celebrating the resurrection of Jesus Christ who died for the sin of the world, including those terrorists.

“Our hearts are with the families that are affected and we pray for all those who are recuperating in the hospitals and medical facilities for quick recovery. Ultimately, we call on the Lord to console and comfort all the bereaved”, CAN stated.

CAN added that Christians are increasingly becoming endangered species all over the world, saying no fewer than 200 innocent women, including a teenage student, Leah Sharibu, have been kidnapped by the Boko Haram terrorists in Nigeria.

It wondered why the government appears powerless in rescuing them and protecting the lives of Nigerians.