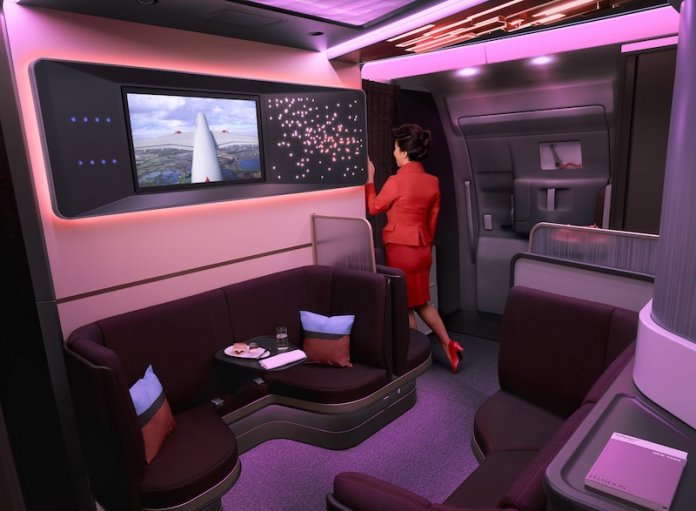 Virgin Atlantic, one of the world’s famous airline brand is attempting to redefine the quality of in-flight experience to new levels, writes Hamid Ayodeji

For many chief executives and businessmen and women, there are many different aspects that make first class flights special. For many of airlines, the first class experience starts on the ground before you even get to the airport! Because airlines are facing more international competition for top-paying customers, there are questions about which are the “best” first class airlines. Truth is there’s no objective answer that will please all travellers.

Be that as it may, flying first class is the ultimate indulgence when it comes to air travel. Just stepping on a plane and taking a peek through the curtains at those elite seats is an experience in both envy and admiration. But there is also something fun and exciting about fawning over first class. After all, it’s pretty impressive the way airlines design that exclusive section, trying to one-up each other in customer satisfaction and luxury. This has continued to drive creativity and innovation in the industry.

In a bid to retain its status as a leading player in the industry, Virgin Atlantic recently unveiled its long-awaited Airbus A350-1000 aircraft, which includes an entirely new Upper Class cabin, featuring a brand new suite and social space. The unveiling, which was done at the Virgin Atlantic Base in Landon was witnessed by top executives of corporations around the world, its partners, journalists from across the globe and stakeholders. On sale this month, the airline’s first A350, named Red Velvet, will take to the skies from late summer 2019. As the first airline to introduce an on-board bar, Virgin Atlantic has taken its customer proposition to the next level, as customers can now enjoy a social space known as The Loft. As the largest social space in the airline’s fleet, it’s designed for customers to gather, chat, enjoy a drink or dine with friends.

The Loft extends the airline’s world renowned Clubhouse experience to the skies, offering a wide range of cocktails, and the option for customers to dine together and enjoy Mile High afternoon tea by Eric Lanlard and a selection of delicious new dishes by Donal Skehan. As well as enjoying luxe comfort and high end finishes, customers can settle in with Bluetooth headphones and connect to the 32” screen – catch a show, or watch the live tailcam.

The Loft is not the only innovation to the Upper Class cabin, as customers can also experience an entirely new suite, which has been designed in collaboration with a number of Virgin Atlantic’s most frequent flyers. A cursory view of the aircraft showed that every seat now faces towards the window and offers deployable privacy screens. Laid out in a 1-2-1 configuration, every suite has a 44” pitch, with a fully flat bed length of up to 82” and all suites will transition seamlessly from an upright seat, straight to a bed.

Also, it boasts Virgin Atlantic’s largest ever in-flight entertainment screen, at 18.5”and features intuitive new system, controllable by customers’ own personal device and in line with the rest of its fleet, every customer will still have direct aisle access.

Speaking at the occasion, Executive Vice President Customer, at Virgin Atlantic, Mark Anderson, said: “The introduction of our A350 represents a true evolution of our customer experience. We believe flying should be exciting, whether it’s your first or 100th flight with us and that’s why we’ve elevated our offering to provide our customers with something totally unique. The A350 forms a significant part of our fleet transformation strategy and by 2022, we’ll have our youngest, cleanest, greenest fleet in the sky as the aircraft transforms our customer experience, reduces our environmental impact and improves our route economics.”

The first A350, he added, will take to the skies in August, as it flies from London Heathrow to New York JFK, followed by other services to JFK later in the year.

He disclosed that Virgin Atlantic has ordered a total of 12 Airbus A350-1000, with them all scheduled to join the fleet by 2021 in an order worth an estimated $4.4 billion (list price.)

He added, “the aircraft, powered by Rolls-Royce Trent XWB engines, continues Virgin Atlantic’s investment in a more sustainable fleet. The aircraft is designed to be 30 per cent more fuel and carbon efficient than the aircraft it replaces and is expected to reduce the airline’s noise footprint at its airports by more than half. The A350 will also be the first aircraft in Virgin Atlantic’s fleet to feature its new Flying Icons, which are set to replace the airline’s famous Flying Ladies. The high flyers are a diverse range of men and women representing modern Britain, rolled out on the four A350-1000 aircraft this year, followed by a further eight by 2021.

“Customers travelling in Virgin Atlantic’s award winning Premium cabin and its much loved Economy cabin will also be able to enjoy the increased levels of luxury and comfort the A350 has to offer; both have the largest entertainment screens ever offered; 13.3” in Premium and 11.6” in Economy. Premium customers will also enjoy a generous 7” recline, increased space for storage, a four way adjustable headrest and a luxurious leather seat customers know and love.”

“Economy Light and Classic will offer a 31” seat pitch whilst Economy Delight offers 34”. The entire aircraft will also have access to high speed wifi as well as the unique and personalised service of Virgin Atlantic’s world famous Cabin Crew, “he stated.

“We know the journey is as important as the destination. That’s why we made sure our new aircraft is super comfortable as well as super stylish. Every cabin has been designed with you in mind. From bespoke fabrics to extra storage, high speed WiFi, to the latest entertainment system, there’s so much to fall in love with,” he stated.

Alongside joint venture partner Delta Air Lines they operate a leading transatlantic network – offering up to 38 flights per day between the UK and US with onward connections to over 200 US and international cities. In 2019, Virgin Atlantic will take delivery of their first Airbus A350-1000 aircraft – helping to transform the fleet into one of the quietest and most fuel efficient in the sky. Virgin Atlantic recently achieved the highest sustainability ranking of any airline globally with an A- Leadership rating in the 2018 Carbon Disclosure Project performance assessment.

On May 15, 2018 Air France-KLM, Delta Air Lines and Virgin Atlantic Limited signed definitive agreements to combine the existing trans-Atlantic joint ventures. This transaction is in the process of regulatory clearance. Upon completion the airlines’ expanded joint venture will become the preferred choice for customers travelling across the Atlantic offering the most comprehensive route network, convenient flight schedules, competitive fares and reciprocal frequent flyer benefits, including the ability to earn and redeem miles across all carriers.

Customers will also benefit from the co-location of facilities at key hub airports to improve connectivity and access to each carrier’s airport lounges for premium passengers.

In February 2019, Virgin Atlantic acquired Flybe and Stobart, as part of a consortium with Stobart Group and Cyrus Capital Partners. Flybe is Europe’s largest regional airline, flying 8.5 million passengers each year to 170 destinations, connecting customers around the UK regions to Virgin Atlantic hubs in Manchester and London Heathrow and beyond. Stobart Air is a profitable franchise operation based in Dublin and includes an aircraft leasing business (“Propius”). 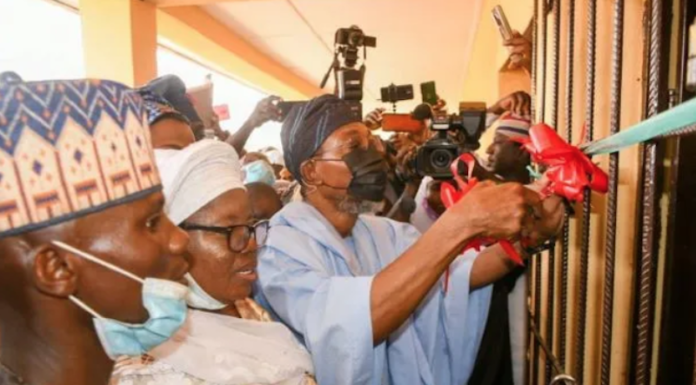