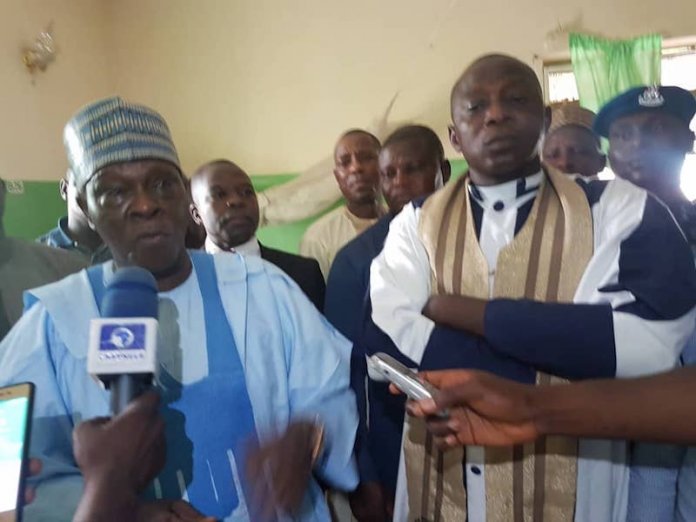 No fewer than eleven persons including a policeman and an NSCDC officer were confirmed dead after a car rammed into a procession of Christian youths (mostly Boys Brigade members) who were on an Easter rally last Sunday night in Gombe town, Gombe State.

This is coming as the leadership of the Christian Association (CAN) in the North-east region appealed to Christians in the state to remain calm following the killing of nine Boys Brigade (BB) members by an NSCDC officer at an Easter procession last Sunday night.

THISDAY checks revealed that the youths were on their usual Easter rally in celebration of the resurrection of Jesus Christ when the unidentified NSCDC and his police friend came across them during the procession at Alheri junction at Biu Road, Gombe.

The state Deputy Governor, Charles Iliya, who was accompanied by the state CAN Chairman, Reverend Ibrahim Joda, as well as the North-east CAN chairman, Reverend Abare Kalla, also appealed for calm as he assured them that the state government would not allow the unfortunate incident to go untreated.

The deputy governor, who spoke amid boos and jeers from the angry youths, said he was pained too, and that the state government was not behind the unfortunate incident, stressing that “we have spoken to the security authorities and they have assured us that action will be taken soon.”

Earlier, while going round with the deputy governor, the state CAN Chairman, Joda, appealed for calm among the Christian faithful and described the incident as a very sad moment for Christians in this period of Easter when they were supposed to be celebrating the resurrection of the risen Lord. He also offered prayers for healing of the injured and for the repose of the souls of the dead.

Also speaking in an interview with journalists, the North-east Chairman of CAN, Kalla, said though it was painful, he said calm and caution must be exercised now.

Apprehension and palpable tension had engulfed the Gombe State capital Monday morning when news broke out on the alleged killing of 11 Boys Brigade (BB) members by an NSCDC officer and his police friend last Sunday night when the youths were observing their usual Easter procession.

Investigation by THISDAY revealed that the officers, after exchanging words with the youths during the procession, used a different lane and left, only to turn back with the headlight of the vehicle switched off and deliberately rammed into the youths from behind killing eight persons on the spot. The youths in turn, chased the security officers who were not on duty, caught them and applied jungle justice to the security officers.