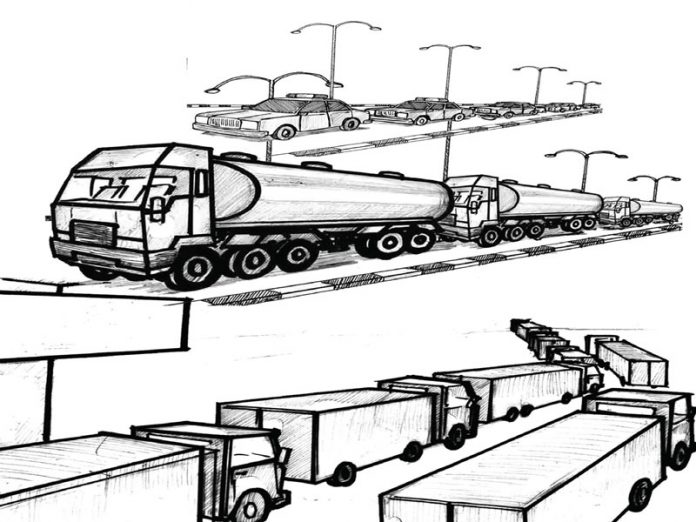 To the extent that doing business in Nigeria is being hampered by all manner of unwholesome practices, even when sometimes disguised as security, the recent directive aimed at restoring a measure of sanity to our ports is welcome. Henceforth, according to the Acting Inspector-General of Police, Mr. Mohammed Adamu, policemen should desist from any unauthorised stoppage and search of containers after they had been released from the ports. And for any police formations to undertake investigations at the ports, it must be with the approval and active participation of the Assistant Inspector- General of Police (AIG) Maritime Command or Commissioner of Police in charge of Western or Eastern ports.

The directive was given during a visit by the management of the Nigerian Shippers Council led by the Executive Secretary/CEO, Mr Hassan Bello who decried the increasing disruptions on the movement of duly released containers by different police formations. Such actions are not only hampering the movement of imported materials, they are also increasing the cost in the conveyance of goods and services to their final destinations. Of particular concerns to Bello are the wider implications for the country both in terms of trade facilitation and ease of doing business.

On a daily basis, policemen from different formations, commands, units or teams waylay containers on highway and street corners not only for searching but also to scrutinise documents that had been checked and approved at the ports. Meanwhile, in several instances, both the vehicle and driver are detained until they are ‘bailed’ by the owners of the containers. Aside the fact that this shake-down approach to security is bad for the image of the country, it is also impacting negatively on the business environment.

Just recently, the Association of Nigerian Licensed Customs Agents (ANLCA) complained that the existence of multiple Customs units at seaports and airports performing examination and similar duties was affecting smooth trade.  “It is becoming worrisome as exited cargoes are recalled for duty payment, by virtually all customs units in contravention of best practices stipulated by the World Customs Organisation (WCO) guidelines on trade facilitation”, said ANCLA national president, Tony Nwabunike who also asked the Customs management to look into the issue of additional duties being levied on vehicles intercepted by its Federal Operations Unit (FOU).

We are aware of the numerous efforts being made by the federal government to stimulate the economy. But such efforts would amount to nothing if the untoward activities of some of the security agencies are not put in check. A situation whereby duly released containers are still subjected to unnecessary stoppage for presumed identification and verification does not bode well for the image of the country and the security agencies. Moreover, such incessant stoppage of containers is capable of erasing any marginal gain which the country has made in the ease of doing business. Inevitably, such delays caused by the stoppages are known to add additional demurrage charge to every container trapped in this avoidable milieu.

While we commend the efforts of the Nigeria Shippers Council in the manner it discharges its mandate, the management would require the cooperation of other agencies in making the movement of containers and other maritime cargoes stress free. Although the latest directive is in line with Adamu’s efforts to bring integrity to police operations in the country, we hasten to say that it is one thing to make an order, it is another thing to enforce it. We therefore call on all concerned to adhere strictly to the directive so as to restore sanity in the administration of port activities in our country.