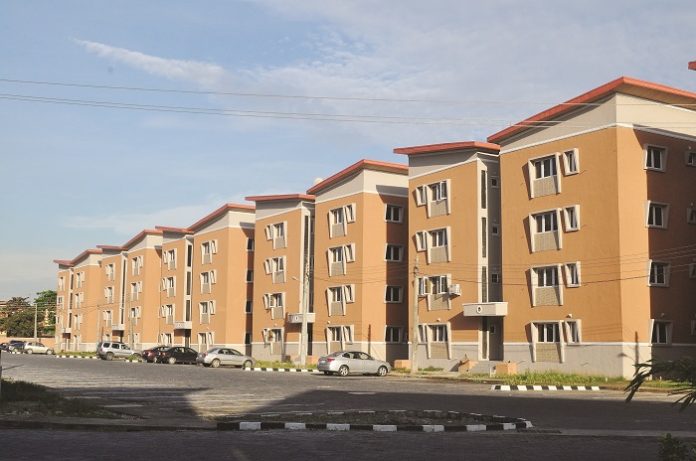 The emerging climate of reform at the Federal Mortgage Bank of Nigeria (FMBN) is necessary, timely and commendable. The results in terms of increased access to affordable housing loans, reduced turnaround time for processing applications for mortgage loans and better delivery of FMBN funded housing projects give hope for a new era of affordable housing delivery for Nigerian workers. Marks of high-performance dot key aspects of the bank’s operations.

Take the distinctly historic number of housing loans to Nigerian workers that the bank has processed in the past 22 months.

Recent statistics from the bank show that between April 2017 to February 2019, the FMBN processed and disbursed 21,741 housing loans totaling N55billion. This represents an average of over N25billion worth of housing loan disbursements per year.

To better grasp the historic significance of this achievement, consider that from 1992 – April 2017, before the new management came on board, the FMBN had only disbursed a total of N152billion to 19.671 beneficiaries – averaging N6.3bn per year! The difference is massive.

Equally noteworthy is the dramatic increase in the speed of handling applications for refund of National Housing Fund (NHF) contributions to by workers who have retired from service. Within this same period, statistics reveal that the bank has treated a total of 116,560 refund cases totalling N15.7 billion. As at April 2017, when the new management took over, only 132,605 cases totalling N10.5billion were treated in the over two decades of the bank’s history.

This positive trajectory of high performance and responsiveness at the FMBN is evidence of a new leadership dynamic. Notably, it demonstrates that the new FMBN management understands the urgent need to improve service delivery and is committed to increasing access by Nigerian workers to its suite of affordable housing solutions. Secondly, it shows the bank’s respect for the humanity of the Nigerian worker by ensuring that workers, who have contributed dutifully to the NHF fund, have quick access to their contributions soon as they leave service and apply for their funds.

The emerging positive indices of deepening access to mortgage loans demonstrates the inherent potential of the FMBN to play a leading role in government’s efforts to sustainably tackle the problem of affordable social housing delivery to Nigerian workers. It’s potency as an effective housing policy tool also underscores the need for housing industry stakeholders, the public and well-meaning Nigerians to support ongoing efforts to bolster and strengthen the capacity of the FMBN for greater and more expansive impact.

Despite challenges, which can be corrected, the FMBN remains Nigerian workers’ most affordable route to owning a home. For instance, workers who contribute to the National Housing Fund (NHF) that the bank manages, can access housing loans of up to N15million at best market rates of between six per cent and nine per cent and pay back over tenors of up to 30 years.

Clearly, the FMBN housing loan offer stands out when compared to those on offer by commercial banks, who typically charge interest rates of up to N25 per cent for tenors of less than 15 years in addition to very stiff requirements and collateral. This strengthens the case for it as a more potent tool for driving affordable housing delivery with a focus on the Nigerian worker.

In the last quarter of 2018, the FMBN as part of efforts to ensure greater value for workers who contribute to the NHF scheme, commenced work on the National Affordable Housing Delivery Program for Nigerian workers. The program – to build and deliver decent, safe and quality housing for Nigerian workers at a price that they can afford – is a collaboration with the labor union including the Nigerian Labour Congress, Trade Union Congress (TUC) and the Nigerian Employers’ Consultative Assembly (NECA) was launched nationwide.

Under the pilot phase of the project, about 1,400 housing units in a mix of one bedroom, two-bedroom, and three-bedroom units are planned for construction and delivery at fourteen sites nationwide. 200 housing units are to be built in each of the six geopolitical zones with 100 units in two selected states while Abuja and Lagos are to be treated as special sites. The house types designed for construction under the program are based on proven social housing models with prices ranging from N3.1M to N8.3 million.

Recently, the FMBN Management team led by Arc. Ahmed M. Dangiwa commenced an inspection and assessment tour of the project sites to monitor construction progress and quality of work done. The management team visited the five hectare project site in Nasarawa State along the new Kwandare, Keffi road Lafia and noted with satisfaction the pace of construction work by the developer at the site.

“The quality of work and it’s impressive. We have made few observations and drawn the attention of the developer to make necessary corrections within time.  We have also noted that the developer is within completion period. However, we are urging him to deliver within the next 30 days so that we can commission this project so that off takers can start enjoying the houses,” Dangiwa observed.

The FMBN Management team also visited the 100-housing unit project site in Lokoja, Kogi State where it also noted that the contractor is on schedule to deliver the project as planned.

In his remarks after the project site tour, the FMBN MD/CEO was quoted to have said: “With the level of progress that we have seen from the developer, we are optimistic that the project will be ready for commissioning next month as scheduled. The developer has almost finished most of the internal work, the tiling, the ceiling, electrical and plumbing work for over 80 of the houses, the remaining ones are being roofed now.

He has also commenced the infrastructure. The drainage has already been constructed, the roads have been levelled, and ready to receive MC1 and asphalt. The electrical aspect is already in place, the tank, the water reticulation is already done, and he has sunk two boreholes with a good yield to serve the entire estate. In a nutshell we are highly impressed”

With the reported progress at the sites visited, there are many reasons to believe that this affordable social housing project will succeed and not become yet another abandoned national project.

The first reason is the availability of funds to ensure project delivery as well as selection and mobilisation of competent developers. The Federal Mortgage Bank of Nigeria has leveraged its pool of funds from the National Housing Fund to finance the construction work and delivery of the project. The bank has already mobilized reputable indigenous developers with the capacity to deliver to start work. The rapid and simultaneous construction activities at the pilot sites of the project nationwide inspire hope for the speedy delivery of the projects within the 6-months timeframe as planned.

The second reason is the active involvement of the labour unions in the design of the program. The participation of leaders of the Nigeria Labour Congress, Trade Union Congress and Nigeria Employers’ Consultative Association in the development of the framework for delivering the project made it possible for them to make constructive inputs to the housing designs, selling prices and conditions for delivering the project. This has given them a strong sense of ownership of the project, a critical factor for its success.

It is also heart-warming that a plan is in place to ensure that once the houses are built and delivered, the Federal Mortgage Bank of Nigeria will provide mortgage loans through selected Primary Mortgage Banks (PMBs) to Nigerian workers that contribute to the National Housing Fund (NHF) to enable them to purchase the houses and repay over a maximum period of 30 years.

Unarguably, the past 22 months have revealed a strikingly new commitment by the management of the FMBN to the bank’s mandate and the urgency of reforming the mortgage institution so it can have greater and more expansive impact. The Arc. Dangiwa-led management has taken bold actions and posted impressive performance results to prove their capacity to deliver. For a stronger FMBN, it is imperative that housing industry stakeholders and the public rally in support of their efforts to reform and reposition the FMBN as a key institutional tool for tackling the country’s housing crisis.

Terungwa Isaac is a housing industry analyst based in Abuja