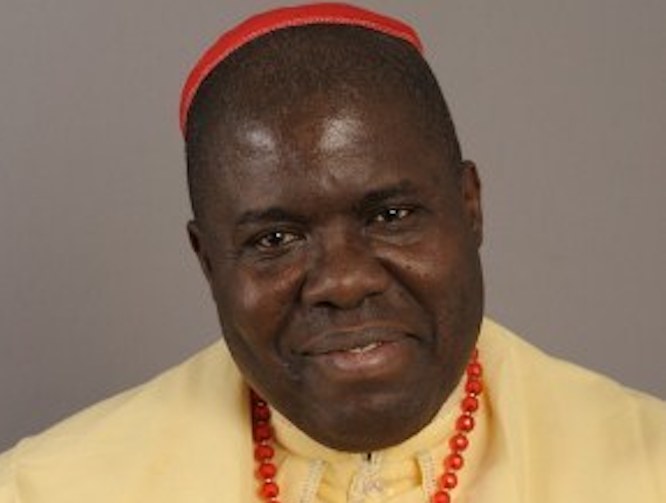 Nigerians have been urged to apply the lesson of the Easter celebration to build a new nation that is free of corruption, nepotism, tribalism and all the negative tendencies that stifle national growth and development.

The Methodist Archbishop, Archdiocese of Umuahia, Most Rev Chibuzo Raphael Opoko, gave this advice in his Easter message to all the faithful and men of good will, saying that just as the resurrection of Christ signifies his victory over sin and death, Nigerians could also achieve victory over corrupt practices.

“Nigeria as a nation will never become what we desire it to be unless we begin to apply the victory which Christ won for us on the cross. That victory should enable us shun corruption,” he said.

He noted that over the past 59 years since independence, Nigeria has at various periods been saddled with the leadership generally regarded as “corrupt, inept, inefficient, power drunk, oppressive and visionless” as with “each civilian and military regimes ending with a bad record of corruption and reckless mismanagement of the nation’s resources”.

“If leaders cannot through their leadership build a Nigeria that is free from corruption, oppression and insecurity, then we make a mess of the death and resurrection of Christ,” he said, adding that the lessons of Easter is all the more pertinent as elected political office holders would soon be sworn into office.

“Therefore I call on all leaders and followers alike to contribute in recreating a Nigeria of our dreams. A Nigeria that inspires confidence. A Nigeria that gives her people hope. A Nigeria that will be politically stable, economically viable and socially happy,” the Archbishop said.

On the pervasive insecurity in the country, Archbishop Opoko said that the wanton violence and shedding of innocent blood must be brought to an end, adding that “we must as a nation say no to this act of wickedness and be willing to expose those we know that are involved in this wicked inhuman act”.

He called on Christians to extend the unconditional love of Christ to adherents of other faiths and manifest the teachings of Jesus Christ in their private and public lives.

“I challenge all Christians in governance and government, all those holding public offices to live a life of sacrifice, to become patriotic citizens, to serve without counting the cost, to show integrity, honesty, transparency and dignity in all they are engaged in,” he said.