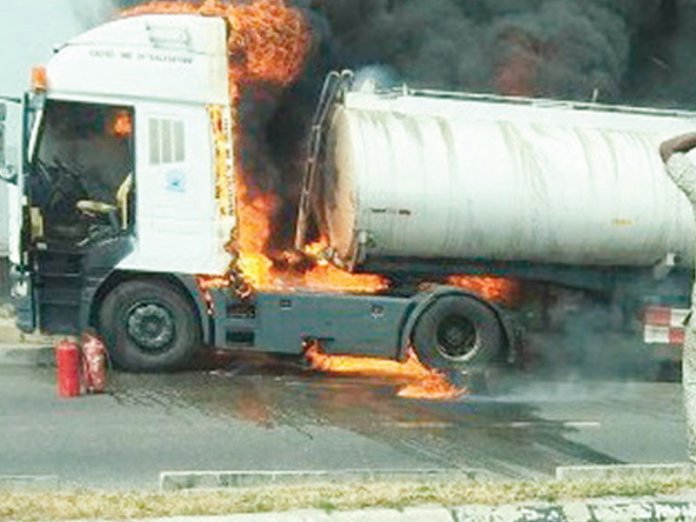 A fuel-laden truck Thursday spilled its content on the road in an accident that resulted in the death of two persons who were burnt beyond recognition in Ibadan, Oyo State.

Six vehicles and 10 motorbikes were also burnt in the fire incident.

The accident occurred in Onipepeye area, along the Lagos-Ibadan Expressway.

The inferno, which started around 2:05pm, occurred while the fuel tanker driver coming from Lagos lane tried to manoeuvre a commercial Nissan Micra taxi and, in the process, lost control and fell.