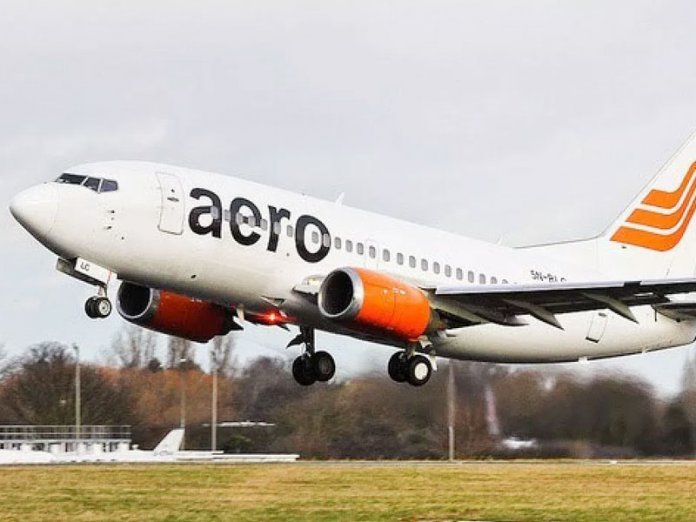 The Civil Aviation Authority of the Democratic Republic of Congo is currently undergoing the process for Aero Contractors Maintenance Organisation (AMO) to conduct major checks on their Boeing B737 Classics, Bombardier and other aircraft types registered in the central African nation.

THISDAY met with the teams representing the two countries while they conducted audit and documentation at the head office of Aero Contractors at the Murtala Muhammed International Airport (MMIA), Lagos earlier this week.

The Manager Airworthiness for GCAA, Eric Ewusie told THISDAY that Ghana was conducting an audit to be sure that the Aero MRO still maintained the standards the authority met last year when it first approved the facility, before it would renew its certification to authorize the Nigerian company to continue to conduct checks on Ghana registered aircraft.
The certification is normally renewed every year.

Ewusie, however, expressed satisfaction with Aero Contractors, saying that he was impressed with what he had seen so far.

“In our continuation process, we are looking through the books which we call documentation. Then we move to implementation, to indicate to us that yes, what they say they have done, they can do it.

“Aero has written down what they are going to do; it is being implemented the same way, according to the standards we approved,” he added.

Also, Alain Mulembwi of the Congo Civil Aviation Authority, said the country, having seen the vision of Aero Contractors MRO decided to take advantage of its access to affordable maintenance services, which would in turn assist African carriers, which have limited access to finances.

The representatives of the two countries noted that Nigeria is shorter than any other country that has the capability to conduct major checks for their aircraft.

So the West and Central African countries have taken advantage of the proximity of Aero MRO to access high quality and more cost-effective maintenance service.

They also acknowledged the technical ability of Aero Contractors and relatively lower costs, which could be scheduled to ease the payment by the airlines.

The establishment of Aero AMO in 2017 has become a relief to many Nigerian airlines, which now maintain their aircraft up to C-check level at the Aero hangar in Lagos.

A visit to the Aero maintenance hangar yesterday indicated that Med-View and Max Air aircraft were undergoing comprehensive maintenance,known as C0check, while others including Air Peace and Arik Air are undergoing Airworthiness Directive (AD), which are light checks at the hangar.

Since the approval of Aero MRO by GCAA last year, some Ghanaian carriers like Passion Air have been ferrying their aircraft to Lagos for light and heavy maintenance.