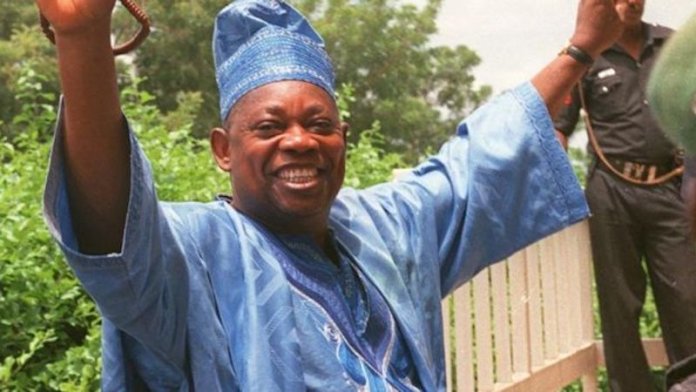 Good deeds are like smoke from fire that can never be hidden from people while they illuminate like fire that shows people the right way to follow.

Meanwhile, talking about good people sets people on the right path to emulate them and make them feel the fragrances of their good efforts and taste their struggles. Exposing one to the successes of others is intended to impose endurance, perseverance and good quality in the minds of the people and their tales lure people to follow their footsteps.

Good people are God people because they always do what is good and shun the castigating acts. It is good to be good to get good reward and commendations even after death. Good deeds are good teachers that their actions and wealth of impacts never die because history engrave them and write their names in gold.

One of the personalities that his name is written with indelible mark in history is Chief Moshood
Kashimawo Olawale Abiola, popular known as M.K.O Abiola. His contributions to national development spanned all human ramifications and democratic developments. It is for the solid reason that Kaduna Polytechnic deemed it very important to immortalize the winner of the June 12 Presidential candidate.

The rector of Kaduna Polytechnic, Professor Idris Muhammad Bugaje has done a thing that deserves special commendation, for believing that M.K.O Abiola should rise in Kaduna Polytechnic and set a new thinking in the minds of students that come to learn. His request from the Hon. Minister of Education, Malam Adamu Adamu to approve the change of the male hostel in the College of Business and Management Studies to M.K.O Abiola is a testimony of the adage of the Hausa people that says: what a great man sees from afar cannot be seen by a child. It is a good thinking that will produce resilient youths that will serve the country better with vision and passionate nationalism.

Chief Abiola was awarded GCFR posthumously on 6 June 2018 by President Muhammadu Buhari and Nigeria’s democracy day was changed to June 12 for believing to be the victor of the 1993 democratic election. To resuscitate the good virtues of late Abiola, there are other names of places that are rekindling his deeds like the M.K.O. Abiola Stadium and Moshood Abiola Polytechnic, while there was also the effort of former President Goodluck Jonathan to immortalize him by naming the University of Lagos Moshood Abiola University but the proposal was rejected by the alumni and students.

Abiola joined the National Party of Nigeria (NPN) in 1980 and was elected the state chairman of the party. M.K.O Abiola ran for the presidency in 1993 and the election results were annulled by military President Ibrahim Babangida. Alhaji Abiola died in custody during General Sani Abacha’s military leadership on 7th July 1998.

The renaming of the male hostel after Abiola will spark the challenge of replicating the lifestyle of M.K.O Abiola; a man whose philanthropy and nationalism helped greatly in the development of Nigeria.