The wife of Katsina State Governor, Dr. Hadiza Masari has admonished corps members to desist from drug and other substances abuse, vowing to collaborate with relevant stakeholders in order to mitigate the menace in the country.

She, also, lamented that the cases of drug abuse by youth in Katsina was accelerating, noting that she should tackle the threat through her pet project, ‘Centre for the Advancement of Mothers and Children in Katsina State’.

She expressed concerns at the closing ceremony of 2019 Batch ‘A’ Skill Acquisition and Entrepreneurial Development programme (SAED) for corps members deployed to the state yesterday.

Masari said as future leaders of the country, corps members should avoid drug abuse and addiction.

Masari called on stakeholders not to remain aloof but unite in fighting the menace of drug abuse, which she said was capable of damaging the future of youths in the state and the nation at large.

She, however, noted that the state government was arbitrated “to address the issue of youth unemployment through their involvement in the skill acquisition and entrepreneurship development programmes that would made them self-reliant.

“To effectively tackle the issue of youth unemployment in the state, the Katsina State Government established the youth craft village which is located within the NYSC orientation camp.

“This is a deliberate attempt to enhance high level performance and participation in the skill acquisition programmes by the National Youth Service corps members during their three weeks orientation exercise”, she added.

She commended the NYSC management for introducing and sustaining the SAED programme, just as she urged the scheme to sustain the tempo.

Earlier in her remarks, the State NYSC Coordinator, Hajia Ramatu Sanda, stressed that the three-week orientation course was designed to equip the corps members with necessary entrepreneurial acumen as well as vocational skills.

According to her, over 300,000 graduates have been trained and equipped by the NYSC since the commencement of SAED programme across the country.

Sanda lauded the governor’s wife for embarking on youth-oriented projects in the state, adding that her effort would reawaken the youth on the dangers of drug abuse and encourage them to engage in productive ventures.

During the closing ceremony, a total of 12 skills that includes fashion design, cosmetology, carpentry, food processing, tie and die, bead making and leather works were showcased by the corps members to the admiration of dignitaries. 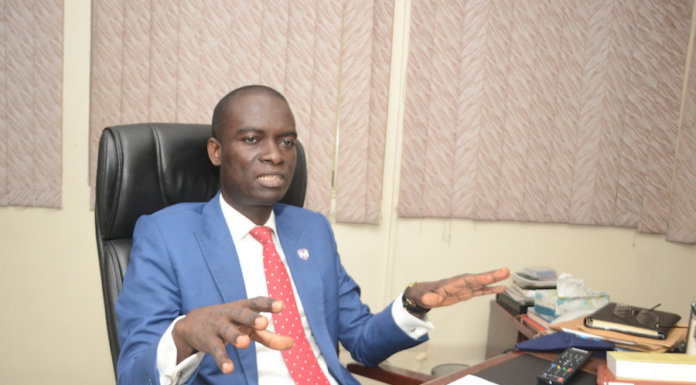