A judge of the Federal High Court, Abuja, Wednesday declined to proceed with the hearing of the suit filed by the Imo State Governor, Rochas Okorocha, seeking for an order of the court compelling the Independent National Electoral Commission (INEC) to issue him with a Certificate of Return as the Senator- elect for Imo West senatorial district.

Okorocha had dragged the electoral umpire before the court for refusing to issue him with a Certificate of Return after he was declared winner of the February 23 senatorial election by the Returning Officer for the election, Prof. Francis Ibeawuchi.

Ibeawuchi had declared Okorocha as the winner of the poll, having polled 97,762 votes ahead of his closest rival, Mr. Jones Onyereri of the Peoples Democratic Party (PDP), who had 68,117 votes.

Ibeawuchi had later claimed that he announced the result under duress.

Based on Ibeawuchi’s report, INEC refused to issue Certificate of Return to Okorocha, prompting the current court action.

However, when the matter came up Wednesday, Justice Taiwo announced his decision to withdraw from further hearing of the case based on allegations of bias against him by some parties in the suit.

He further announced that the case file would be returned to the Chief Judge of the Federal High Court, Justice Abdul Kafarati, for re-assignment to another judge.

The allegations of bias were made against Justice Taiwo by the candidates of the PDP, Onyeriri and that of the All Progressives Grand Alliance (APGA), Senator Osita Izunaso.

Onyeriri in his petition dated April 8, 2019 and addressed to Justice Kafarati, urged the judge to disqualify himself from the suit.

In the petition signed by him, Onyeriri demanded that the judge should withdraw from the matter because of his utterances in which he “clearly prejudged the substantive issues that will be resolved in this matter and clearly showed he has taken sides with the plaintiff (Okorocha).”

An affidavit deposed on his behalf by a lawyer, Chijioke Nzekwe, stated that Justice Taiwo last Friday told counsel to INEC, Wendy Kuku that the commission was responsible for the problems in the election.

Nzekwe further averred that “’the Honourable Judge went further to say that he has read through the provisions of the Electoral Act, 2010 (as amended) and found nothing therein that robs him of the jurisdiction to hear his suit.’

“That this pronouncement shocked all the counsel who were present in court and even members of the public and journalists who were in the gallery because 2nd and 3rd defendant (INEC and Onyeriri) have Notices of Preliminary Objection challenging the jurisdiction of the Honourable Court to hear this matter,” he added.

Similarly, Senator Izunaso in his own motion on notice dated April 8, 2019, sought for an order transferring the suit to the Chief Judge of the Federal High Court for re-assignment to any other judge of the court.

The motion which was filed by his counsel, Prince Orji Nwafor- Orizu also sought for an order of the court, disqualifying itself from further hearing of the suit, on the grounds that “there is likelihood of bias on the part of this honourable court to continue to hear the suit as the honourable presiding judge has expressed an opinion favourable to the plaintiff even without the hearing of the substantive suit.

“That the said utterances were made on April 5, 2019, which utterances clearly pre-judged the substantive issues that will be resolved in this matter and clearly showed that the honourable presiding judge has taken sides with the plaintiff. “

editor - October 30, 2020 12:45 am
16
BY AKIN OSUNTOKUN (DIALOGUE WITH NIGERIA) "The situation was fast degenerating into anarchy. It was at this point that LASG (Lagos State governor) requested for... 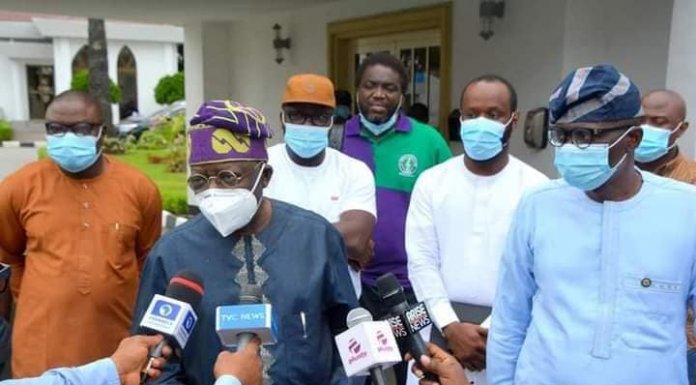