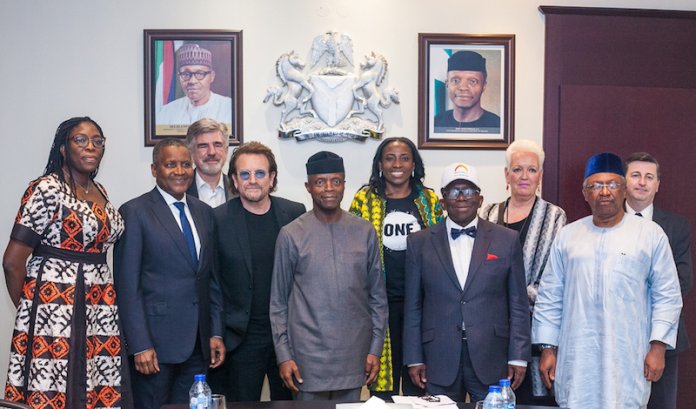 Vice President Yemi Osinbajo, media executives and civil society groups yesterday in Abuja challenged the Nigerian media to employ the instrumentality of investigative journalism to hold the government accountable to the people.

Making a presentation at the Editorial Conference on Legal and Ethical Issues in Investigative Reporting in Nigeria, organised by the Daily Trust Foundation, the centre for Media Law and Development and the MacArthur Foundation in Abuja, the Vice President who was represented by his Senior Special Adviser (Media and Publicity), Mr. Laolu Akande, he said that the media by the virtue of its roles and functions was a genuine avenue to keep the government alive to its responsibility.

“We are living in the interesting time. The free press has arrived at its best time. Every one of us can have access to our own media. This is the age of social and fake news can spread like wild fire. The press can make government more accountable through investigative journalism”, Osinbajo noted.

He added that with self-regulation, journalists can check fake news and address the failings of news reporting.

“We should be careful of over regulation of the media. Self-regulation is the best mode of regulating the media. If this is enough, we would have less or no government regulation. The media should set for itself an ethical benchmark, by appointing an ombudsman that would be paid by the media organisations and not by the government.

“This would help the media to hold itself accountable and ensure fair reporting. With self-regulation, media practitioners can check fake news and address the failings of news reporting,” Osinbajo further stated.

He claimed that the media no longer crosscheck claims and facts as presented by individuals, meaning investigative journalism have been relegated to the background.

In his goodwill message, the DG, VON, Okechukwu said that the Freedom of Information Act has become a major legal instrument in the country, since the advent of democracy and presented a veritable tool for media organisations to hold people in authority to accountability.

He said the media should beam their searchlight more on governance at the grassroots, as actions and decisions made at the local government and ward levels affect the lives of majority of Nigerians more than those at the centre.

“The more we pay attention to what is happening at the local councils, as much as we do at the state and federal levels, the better it will be for us.”

Also speaking, the Acting Chairman of Broadcasting Organisation of Nigeria (BON), Mr. Godfrey Ohuabunwa, stated that investigative journalism had become critical, especially with the proliferation of the social media and citizen journalism, stating that the responsibility of the media, included not only telling the truth, but also serving as a check for those in power.

On his part, Mallam Maida emphasised that journalists should be more concerned about their roles as entrenched in the Constitution, especially in the area of holding those in power accountable to the citizens.

He said this particular role of ensuring accountability of public officers was importance for the growth and development of the country, while commending the MacArthur foundation and the Daily Trust Foundation for the training on investigation journalism.

In his own submission, the Director (Africa), MacArthur Foundation, Mr. Kole Shettima, said the organisation was happy to work with media organisations in Nigeria on the critical issues of investigative journalism, adding that the company see it as a core part of the work that it had set out to undertake.

Making a presentation, Falana said that investigative journalism can be a risky pursuit, recalling that the founder of Newswatch Magazine, Dele Giwa and many other journalists in the military era lost their lives in the cause of doing their lawful jobs to better the society.

He appreciated the return of the country to democracy, saying it had caged dictatorship in the country.