No fewer than 20 people have been killed in a fresh attack by suspected Fulani herdsmen in Anguwan Aku village, Kajuru Local Government Area of Kaduna State.

Several others were said to have sustained injuries from gunshots.
The incident, according to a resident of the community, took place at 7 a.m. yesterday.
He said the attackers were dressed in military uniform and were armed with AK47 rifles, machetes and sticks and were communicating with one another in Fulani language.

According to him, the invaders started shooting sporadically on arrival at the village.
“They were shooting indiscriminately and everybody started running to the bush. They were pursuing us as we ran to the bush; some people were killed in the bush.

“Some of them were wearing military uniforms with bulletproof vests and they were communicating in Fulani language. I saw them from where I was hiding,” he said.

According to him, there had been speculations about impending attacks since last week, which the state government was aware of.
“We had thought that the government would have taken the speculations seriously and be proactive, but they didn’t take it seriously and this led to the killing of more of our people. It is rather very unfortunate,” he said.

A former president of the Adara Development Association (ADA), Mr. Danladi Yarima, confirmed the killings in a telephone interview, describing it as unfortunate.

He accused Governor Nasir el-Rufai of bias in handling the crisis.
The incessant killings in Kajuru communities started in February 10, 2019 when Fulani herdsmen allegedly attacked Anguwan Barde, an Adara community in the night and killed 11 people.

The Adara were alleged to have embarked on reprisal attacks, killing many Fulani.
Governor el-Rufai had announced that 66 Fulani were killed. He later said 131 Fulani were killed.
Since then, there had been incessant attacks on communities leading to the loss of many while several others injured.
Yarima, a lawyer, had in a recent statement said about 4,000 people had been rendered homeless following the destruction of their homes by bandits.

Efforts to get the reaction of the spokesman of the Kaduna State Police Command, Mr. Yakubu Sabo, were unsuccessful as his telephone was not connecting and he did not reply to a message sent to him.
Meanwhile, residents of Birnin-Gwari in Birnin-Gwari Local Government Area of Kaduna State yesterday protested the persistent killings of their people by bandits.

The protest led by the Coalition of Birnin-Gwari Association coincided with the visit of the state Governor, Mallam Nasir El-Rufai and the Inspector-General of Police, Mohammed Adamu to Birnin-Gwari.
While the governor was at Katangi, where the bandits attacked on Saturday, the police boss stopped at Birnin-Gwari where he addressed stakeholders.

The protesters laid siege on the Emir’s palace at about 3p.m. and demanded the deployment of more troops to the town which had over the years been ravaged by the activities of kidnappers and armed robbers.
Saying that enough is enough, the protesters noted with dismay and great shock, the continued attack on innocent residents by bandits at Birnin-Gwari.

Auwa Yunus who spoke on behalf of the protesters, said: “We equally called on our people to peacefully join hands in the struggle to send a clear and unambiguous message to governments on our plights.”

He also called on the National Emergency Agency and the State Emergency Agency (SEMA) to assist in rebuilding homes destroyed during the various attacks on communities so as to enable internally displaced persons to return to their homes.

However, el-Rufai condemned the attack on Kakangi community on Sunday.
The governor, who was accompanied on the visit by some top government officials and security chiefs, described the attack as inhuman and ungodly.

He assured residents of government’s commitment to restoring peace and security to the area as well as other troubled parts of the state.
The governor also visited the injured in the hospital and commiserated with them over the incident.
Five people, including two policemen were killed on Saturday by bandits in an attack on the community. 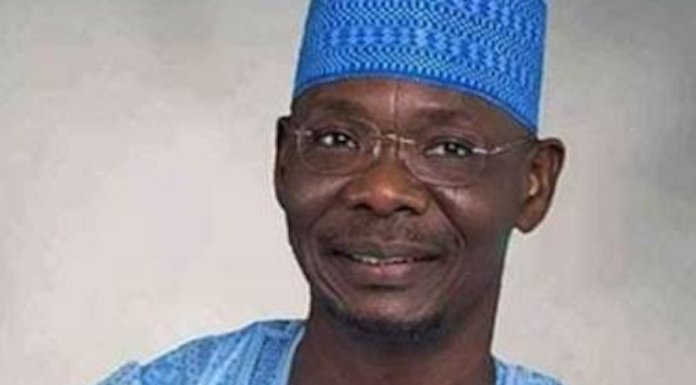