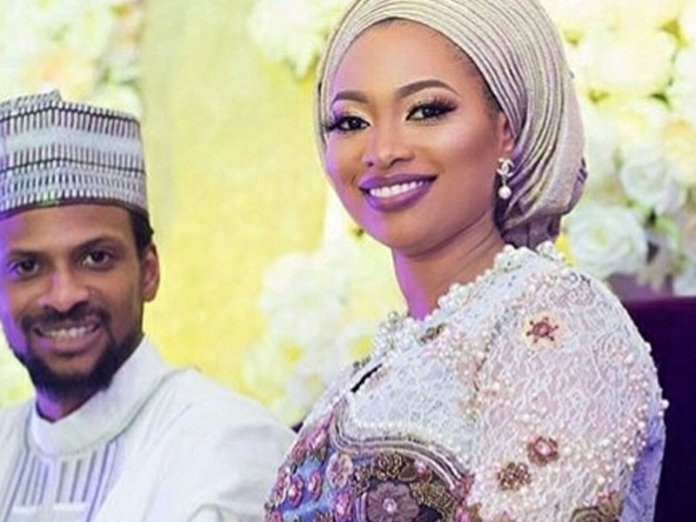 “Arrogance and rudeness are training wheels on the bicycle of life, for weak people who cannot keep their balance without them,’’ says Laura Teresa Marque.

Though it is inexplicable if the confident and outspoken beauty loves controversy or not, it is bad enough that it has almost become a blot on her profile.

Perhaps, she doesn’t know how to maintain her cool in the face of slight provocation. Or she has forgotten that she is a celebrity of sorts.

The beautiful daughter of Kano State Governor, Abdullahi Umar Ganduje, last week, allowed her arrogance and rudeness to take the better part of her.

She recently threw caution to the winds, while she engaged in abusive words with her ‘detractors’ on her Twitter handle.

Society Watch gathered that problem started when she was taunted that her father would be booted out of office by his main political rival, Rabiu Kwankwaso when it appeared he was losing the Kano State Governorship election.

Though Kwankwaso was not contesting the election, his mentee, Abba Kabir Yusuf, of the Peoples Democratic Party, PDP, was giving the incumbent governor a sleepless night.

So, the Governor was not only being disturbed but his whole family was affected emotionally by the results that were trickling in before it was declared inconclusive by the Independent National Electoral Commission, INEC
Fatima, a social media savvy, was also taunted especially when her father- in- law, Governor Ajimobi of Oyo lost in his bid to install a candidate of his party, Adebayo Adelabu and his senatorial ambition.

Not done, after the governorship election went her father’s way, she came back with full venom and poured it on her detractors calling them unprintable names.

Many were shocked that her utterances were not in sync with her status as a daughter of the first citizen of the state.

But she never cared about whose ox was gored, as she gave those who abused her back in full measure.

However, it was not a good outing for her, as she was taken to the cleaners by many of them.