INEC’s delivery of the 2019 elections is a colossal disaster, writes Olawale Olaleye

If the performance postings of the Independent National Electoral Commission (INEC) during the February 23 and March 9 elections were a testament to the level of incompetence at the commission’s leadership, those that followed as supplementary exercise were simply the capping of her gross yet inexplicable disappointment in the discharge of a critical national assignment.

For a commission that knew of this assignment four years ago and was handed without hesitation all that was needed for a successful delivery, what the INEC under Professor Mahmood Yakubu had posted since he came onboard as chair had been totally short of expectations, compounded lately by the disaster called the 2019 national elections.
It is pertinent to note that the commission had since 1998, when it was set up by former military ruler, Abdusalami Abubakar, witnessed some sort of progression in spite of her wobbly and disappointing start. But it has never had it this disconcerting.

When General Abubakar established INEC with Justice Ephraim Akpata as its first chairman, the late INEC boss had only 26 political parties to deal with, which was eventually pruned down to three parties PDP, AD and APP. Akpata’s headship of INEC drew criticisms in the wake of the 1999 elections and for obvious reasons. But it was excusable because it was the truly learning step.

He, however, died in January of 2000, which thus paved the way for the appointment of Abel Guobadia, who was responsible for the 2003 elections. His less than impressive efforts were overwhelmed by criticisms as the elections of 2003 were allegedly marred by widespread violence and other irregularities.

Guobadia retired in June of 2005 and was succeeded by Professor Maurice Iwu. The outcome of the 2007 elections earned Iwu damaging condemnations, a development that the major beneficiary of the election, the late President Umaru Musa Yar’Adua confirmed and promised to address through reforms. But his passing won’t let him. This however forced his successor, President Goodluck Jonathan to pander to public opinion and replaced Iwu with Professor Attahiru Jega in 2010.

Unlike his predecessors, reactions to the choice of Jega especially that his choice followed wide consultations, were generally positive and across the board, except for a few dissenters.
Although Jega’s performance during the 2015 elections naturally attracted some criticisms, he was seen to have made conscious efforts to improve on the mistakes of his many predecessors and those that typified his early days at the commission.

The 2015 elections were by far a gladdening improvement from what had been the pattern at the commission since 1998 that INEC was set up. Jega made himself the challenge and was determined to surpass his own record, counting from the staggered elections he dealt with before the main 2015 polls. He also introduced a handful of reforms, which projected a better tomorrow for the electoral system. Jega was not infallible, but he took responsibilities and refused to blame anyone for his failings even though he was quick to claim his glory too.

His five-year reign ended on June 30, 2015, and though he was qualified for re-appointment, the chances of such became dim given the allegations of bias against him by camp of President Jonathan, in addition to the fact that he too declined to seek renewal of appointment for personal reasons. But on a scale of one to ten, Jega posted above average and could post seven from ten.

His refusal to seek renewal of appointment paved the way for Professor Mahmood Yakubu, a man whose appointment as INEC chair was alleged to have been suggested by an age-old photographer of President Muhammadu Buhari and evidently not on merit.

From the time he assumed office, Yakubu left no one in doubt that he was the least qualified for the humongous task of overseeing INEC. Perhaps, like everyone, who deserves their chance and time, the assumption that he would settle in with time and improve on his failings has turned out a mere wishful thinking. He has turned out un-teachable and a nightmare to the political hemisphere.

What generally gave up Yakubu and exposed his hitherto unknown incompetence was the supplementary election in about six states, where his men announced inconclusive elections. There is yet another argument that INEC was culpable in some of the circumstances that led to the inconclusive elections. It was accused of mismanaging the supplementary elections, condoned the violence and validated the monumental malpractices that characterised the elections, being clear indications that INEC under Yakubu can do no good for the collective lot.

Unfortunately, with the kind of leadership that Nigeria has just been gifted for another four years if he eventually gets away with the fraud that allegedly attended the elections of February 23, Yakubu might also remain in office to continue “with his good work”.

Of course, the general thinking now amongst Nigerians of like-minds especially those with enviable creed, is that if Buhari had any iota of integrity, it might be in the imagination of his otherwise mob supporters, who are unable to boast independent thinking let alone see the palpable wrong in the administration.

The president watched with troubling silence, the robbery that took place in Kano on March 23, when INEC’s supplementary election was conducted. Not only did thugs take over the polling stations and allegedly coordinated the direction of voting, they were reportedly assisted by some of the nation’s security agents, who were drafted to ensure security.

Scenario quite similar to this played out in other states like Bauchi, Benue, Adamawa and Rivers except for Plateau and Sokoto, where reports of violence were not as pronounced. The simple logic, therefore, is that if INEC could declare the initial elections inconclusive on accounts of cancelled votes that were made possible through malpractices, what therefore qualified the madness in Kano on March 23 to be admitted as validly conducted and produced a winner?

There is no debating the fact that the INEC as currently constituted is a monumental disaster and should Buhari overlook these evident failings, the 2019 mess would be a child’s play, when INEC gears up for another national assignment four years from now. This INEC appears compromised and unable to outperform itself.

Except government considers an urgent reform of the electoral system, starting with the approval of the electoral act amendment exercise and a change of leadership, elections in Nigeria would not only be her albatross, but a disaster waiting to consume her at the nick of time. 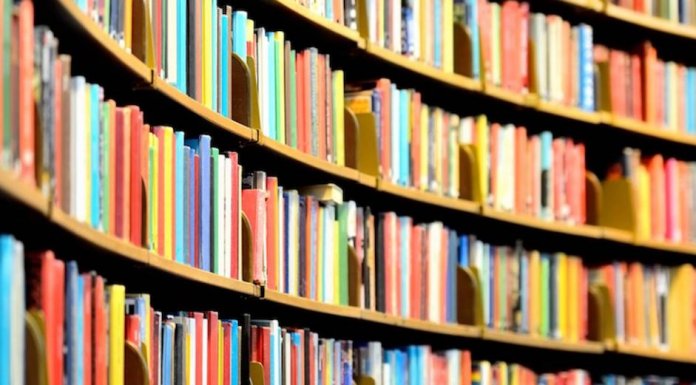