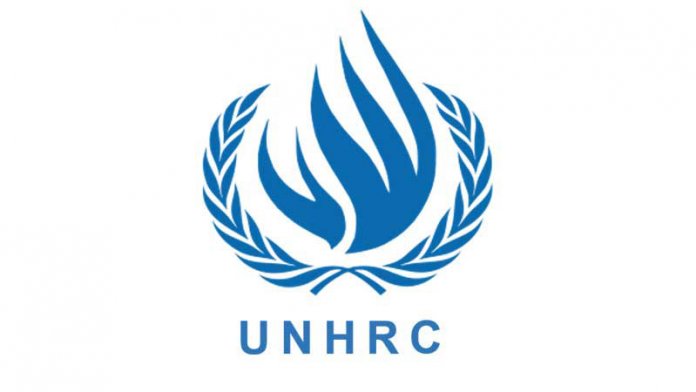 South Africa seeks the abolition of man and woman. Under the guise of eliminating “discrimination against women and girls in sports”, South Africa had both at the United Nations Human Rights Council (UNHRC) meeting held in Geneva between 25 February and 22 March 2019 and the United Nations Convention on the Status of Women (CSW63) held in New York 11-22 March 2019 sought for the blurring of the biological differences between the male and female genders.

Or, put differently, South Africa seeks to destroy any biological distinctions between men and women. It serves no useful purpose, the country says, to be pigeonholing boys into manhood and girls into womanhood especially in sports. Manhood and womanhood are aberrational stereotypes that have led to the discrimination against girls and women. Therefore we must do away with the traditional notions of man and female genders. Women and girls should be liberated from the shackles of feminism.

South Africa is not well. Her gender hypothesis is a recipe for anthropological cataclysm. Every society derives meaning and purpose from some unchanging self-evident natural truths which are in fact the superstructure for the building of societal ethos. Therefore by seeking for the abolition of the aforesaid unchanging self-evident truths South Africa is simply seeking for the abolition man and woman.

By advocating for the deconstruction of the human anthropology and the longstanding teleological tradition South Africa is seeking to enthrone an absurd taxonomy of sexual orientations and gender neutralism capable of tearing the world apart. And the country is not alone in this transgender madness. There are many countries in Europe and America, even in Africa, where trangenderism has gained popular acceptance and practice. In case you don’t know, transgenderism is rooted in radical feminism. Transgenderism is aimed at undermining the “traditional socialization” of boys into men and girls into women because it denies the biological basis of manhood and womanhood.

It teaches that gender is a social construct and not a natural or biological construct, meaning that one is free at any time to choose any gender that suits one’s fancy irrespective of one’s natural and biological gender. So we now live in a new gay and transgender international order. Being a homosexual or a lesbian or being a transgendered person is now synonymous with international civility. A few years ago I attended a United Nations session in New York. While the session was going on a young man was caught by some ladies in a female toilet downstairs.

Upon interrogation he simply said that even though externally he looked very much like a man but inside him he was a woman. As President of the U.S, Barack Obama shamelessly issued a directive that any male or female student in the United States can use any male or female bathroom/locker room he or she prefers irrespective of his or her biological sex. In the case of G.G. V Gloucester County School Board, the court held that schools must allow biologically female students who identify themselves as males to use male restrooms.

In some parts of the West the “male toilet” and “female toilet” labels affixed on toilet doors of some public schools and public institutions have been pulled down and replaced with the label, “Gender neutral restroom”. Male students who claim they are now females are allowed to undress before female students and shower together with them. In many parts of the West many people are now approaching the courts to declare that they are neither male nor female. Such persons now put the prefix “ZE” or “ZIE” (instead of the usual Mr. or Mrs) before their names to show that they are neither male nor female. For instance, Zié Diabaté is an Ivorian football defender. He is a man. But he now claims that he is neither a male nor a female. Therefore he puts the prefix “Zie” before his name.

Unfortunately the transgender madness is afflicting some Nigerians. Just google “Transgender madness in Nigeria” and you will be shocked by the weird-looking men posing as women that would prop up. One Nigerian man called Clifford Oche is conspicuous online. Clifford has officially disowned his father. He now claims that he is a woman. He now calls himself Miss Saharra. Although Clifford now dresses like a woman with artificial breasts and all that, his face still betrays him as a man. Clifford went as far as participating in a Miss International Queen Beauty pageant in Pattaya, Thailand in 2011 or so.

According to President of Family Watch International, Sharon Slater, if the transgender madness of South Africa and other countries is allowed to spread across the world it would spell serious disaster for humanity. It would bring about a re-definition of the notions “women” and “girls” in the United Nations documents to include men and girls. Discrimination against “women and girls” would mean discrimination against transgender “women” and “girls.” Newborn babies would be assigned sex soon after birth irrespective of their biological sex or natural genitalia.

Men and boys identifying as women and girls would start invading the female showers, female dressing rooms, female restrooms and by so doing compromise modesty, privacy, and safety of girls and women and above all expose girls and women to rape and sexual exploitation. Women and girls identifying as males would start competing with boys and men in various sports. The import of this is that football clubs such as F.C Barcelona, Chelsea, Manchester United, Arsenal, Enugu Rangers International, Kano Pillars, Nasarawa United, Bendel Insurance, Enyimba and so forth would be forced to include female footballers in their respective squads for any match. Distinctions between male and female in law, medicine, official documents, employment places and so forth would be erased. Traditional family institution and marriages that are based on the union of a male and a female would be destroyed too.

Our abolitionists should understand that no amount of sex reassignment surgery or hormonal treatment or artificial breasts implantation will make a man a woman and vice-versa. The norm for human design is to be conceived either male or female. God created Adam as male and Eve as female. Male and female, he created them. So our abolitionists should stop playing God. Human sexuality is binary by design for the obvious purpose of the reproduction of our species.

This principle is self-evident. “XY” and “XX” are genetic markers of male and female, respectively, and are found in every cell of the human body including the brain. Sex is established at conception. It is not a social construct. Allowing men and women to compete together in the same sports or to shower together in the same bathroom or to use the same toilet all in the name of gender equality or gender neutrality is a gross infringement of the dignity, privacy and physical and bodily integrity of women.