The African Democratic Congress (ADC) has called on President Muhammadu Buhari to tender an unreserved apology to the Chief Justice of Nigeria (CJN), Justice Walter Onnoghen, and restore him to his position with immediate effect.

Onnoghen is standing trial on an alleged six-count charge of failure to disclose his assets as required by the law for public office holders.

The charge was preferred against him by the federal government following a petition to the Code of Conduct Bureau (CCB) by Mr. Dennis Aghanya, an associate of President Buhari, and a director of the Anti-corruption and Research Database Initiative.

Following the trial, the president suspended the CJN from office in controversial circumstances.

The party made its position known yesterday in a communiqué signed by the National Chairman and National Secretary of the party, Chief Ralph Nwosu and Alhaji Said Abdullahi respectively, and read by its National Publicity Secretary, Mrs. Yemi Kolapo, at a press conference after the National Working Committee (NWC) meeting of the party.

According to the party, “We call on President Buhari to tender an unreserved apology to Justice Walter Onnoghen, and restore him to his position with immediate effect. Any further progression of the torture of this Supreme Court chief would debase Nigeria. The government must learn to operate constitutionally and accord respect and due courtesies to members of all arms of government and the generality of Nigerians.”

The party lamented that its strategic goals during the general election were not met because the country’s democracy was tragically challenged, adding that there was collusion between the federal government and the Independent National Electoral Commission (INEC) to cheat and deliver results scripted from the presidency.

Kolapo alleged that the government in power promoted violence and used the police, military and other intelligence agencies and thugs to terrorise innocent citizens and pollute the electoral space.

Earlier, Nwosu regretted that democratic advancement and growth had plummeted since 2015 when Buhari came to power.

He stressed that the degeneration has climaxed with the nature of the 2019 elections, lamenting that state institutions like the INEC, the Economic and Financial Crimes Commission (EFCC), Independent Corrupt Practices and other related offences Commission (ICPC) and the National Communication Commission (NCC) have become compromised and serve as tools in the hand of the presidency.

According to him, “The post-mortem of the 2019 general election signals a democracy in a sordid state, a Nigerian nation in relapse and a political leadership in denial.

“As a nation we have found ourselves in a situation worse than the events that truncated the first republic; all the divisive signs, disregard for lives, bloodbath, ethnic hostilities, electoral violence and leadership and institutional failures that orchestrated the demise of the first republic and near rupture of the country have become usual features in our present state.

“Unfortunately, President Buhari, who was voted into office in 2015, and his All Progressives Congress (APC) leaders feel no sense of burden, rather they are blinded by self-glory and intransigent political ululation.”

Nwosu, however, urged the judiciary to save the country and take decisive action to make reckless politicians pay the price.

ADC also said it would continue to give unalloyed support to the presidential candidate of the Peoples Democratic Party (PDP), Alhaji Atiku Abubakar, in his quest to reclaim his mandate, stressing that like most Nigerians, the party believes the people voted for him (Atiku) to be president.

“President Buhari, INEC and other security agencies are merely colluding to circumvent the will of the people. This cannot stand,” ADC stated. 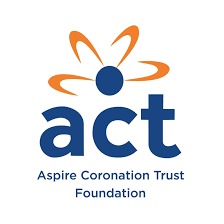