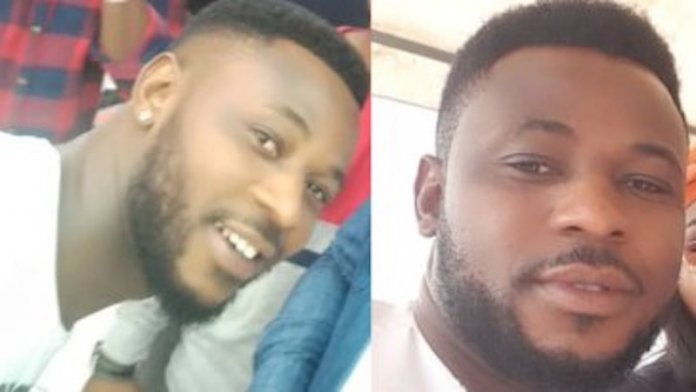 The Lagos State Police Command has revealed the identities of the alleged killers of Kolade Johnson.

This is coming as a former presidential candidate and Convener, To Build A Nation (TBAN), Prof. Kingsley Moghalu, has called for a comprehensive reform of the police force.

The suspects attached to the Anti-cultism Squad of the police command reportedly shot the victim on Sunday in Mangoro area of the state.

The Commissioner of Police in Lagos State, Zubairu Muazu, disclosed the details of the personnel as Inspector Ogunyemi Olalekan and Sergeant Godwin Orji.

The Force Headquarters also corroborated the account of the police commissioner by posting the images of the erring personnel on Twitter.

According to it, the said shooters have been apprehended and subjected to internal disciplinary procedures.

Johnson was shot two days ago reportedly by police personnel while watching a football match.

A statement from the command yesterday disclosed that the police commissioner revealed the identities of the alleged killers during a visit to the family of the victim.

Muazu who was received by the head of the deceased’s family, Mr. Remi Lukman, condemned the action of the members of the Anti-Cultism team suspected to have carried out the shooting.

He reiterated his commitment in ensuring that justice was done in the matter, noting that the said shooters have since been apprehended and subjected to internal disciplinary procedures.

The police commissioner prayed for the repose of the soul of Johnson and also prayed that God would grant his family, friends and well-wishers the fortitude to bear the irreparable loss.

In his response, Lukman thanked the police commissioner for the visit and his resolve in ensuring that justice prevails in the case.

He said, “I thought it is going to be a one man’s fight but seeing the Police High Command joining our family in this fight has shown that justice will not only be done to Kolade but to the entire Nigerian youths.

The family head described his late son as a peace-loving person and called on well-wishers to remain calm and allow the law to take its course.

Reacting to the killing, a former presidential candidate and Convener, To Build A Nation (TBAN), Prof. Kingsley Moghalu, has called for a comprehensive reform of the police force.

In a statement sent to THISDAY yesterday, Moghalu stated that the regularity of “this kind of wrongful killings by the operatives of SARS, compounded by their various unprofessional acts of extortion and harassments of law-abiding citizens, has led to the agitation to end SARS, captured by the trending #EndSARS.

“More than anything else, however, the latest reported killing is a reminder of the need for a comprehensive police reform in the country.”

The former bank chief said such a reform would entail training of Nigeria’s police officers in modern policing as he advocated during his presidential campaign.

He added: “To make our communities safe, we also proposed to recruit additional 1.5 million officers into the Force over four years, adequately train and equip them.

“We call on the authorities to give priority attention to the safety of lives and property in the country. This is the primary responsibility of government and Nigeria is no exception to this.”