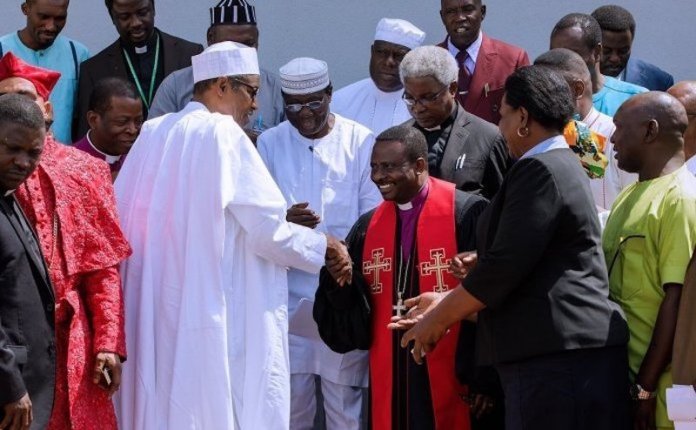 The Christian Association of Nigeria (CAN) has described the criticism by the National Christian Elders Forum (NCEF) over the association’s visit to President Muhammadu Buhari as baseless.

The Director, Legal and Public Affairs of CAN, Samuel Kwamkur, said it is right for CAN to visit and congratulate President Buhari who has been declared winner of the just concluded 2019 presidential election by the Independent National Electoral Commission (INEC).

Reacting to the statement by the National Christian Elders Forum NCEF, Kwamkur said the NCEF has been disbanded by the leadership of CAN almost a year ago and as such has no right to fault the decision of CAN.

“CAN has no business with the elders forum on this matter. Most of the leaders of CAN were in that team who went to see President Buhari. The five blocs constituting CAN was fully represented by the leaders of the blocs.

He said the Catholic secretariat was represented by the Secretary of the body alongside other respected leaders from the bloc as against the falsehood that Catholic was not part of the visit.

“We visited Buhari as a constituted body, not a political party; neither do we share political interest as an association. We work with the authority that be and if INEC is the constituted authority with the mandate to conduct elections and declare the winner what reasons do we have to say no to it? It means we are being partisan, if we go against the decision of INEC,” he said.

The CAN scribe said Christians are advised to respect authorities, adding that the “Bible did not say respect the leaders that love you or behave well to you. There is no condition to that admonition in the Bible”.

He also explained that the speech read to President Buhari did not say the visit was because INEC has declared Buhari winner.

“There is nothing wrong with the opposition going to court. In fact, we appreciate the moves to avoid crisis after election. If the court later decided in favour of the opposition, CAN will also go and congratulate the person again. We have also taken decision to see the opposition and share with them to encourage the rightful moves.

“I do not see why we should be fighting over this. We have been confronting this administration with the truth. How can the elders’ forum want to summon the CAN president and direct him on what to do? It is not proper,” he said.