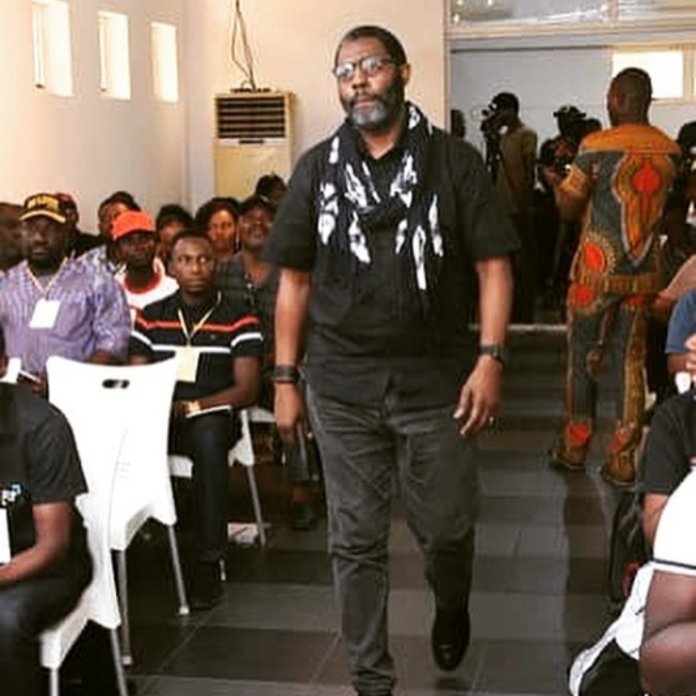 The joke often told is that i-Represent International Documentary Film Festival was conceived over a glass of red wine. Whether the organisers were in an inebriated state when they got the brainwave to establish one of the most prestigious docu-film festival on the West African coast or not is a discussion for another day. What however cannot be disputed is the brilliance of that idea. For nine years, iREP presented African storylines told from different perspectives by sons and daughters of the soil who are committed to changing the distorted narrative of the continent. Through their cameras, they captured memorable events, provoked intellectual conversations on the socio-political landscape, unravel the mysteries of art while celebrating the cultural heritage of the continent.

Their stories were  representations of what the black continent stands for.

Beyond the docu-films, iREP positioned itself as a hub for intellectual exchange on the film industry. Film producers, directors, actors, artists, scholars who seek meaningful ways the arts can impact on the society usually convene at the festival to discuss these issues. It is not unlikely to find these professionals debating thoroughly on art preservation in Africa, the long-held colonial narratives about the continent and so forth. These discussions often extend beyond the screening room into the bustling terrace of Freedom Park where it usually holds.  There, ideas and views on how to shape the continent continue to thrive.

Perhaps, one of the influential feature of the festival is the networking opportunities it avails attendees. Aspiring filmmakers are often enthralled by the rarefied atmosphere of intellect, unlike the glamorous  Nollywood’s offering. Grooming young passionate documentary filmmakers has always been at the heart of iREP, thus each edition record an impressive number of trainees who are taught the art and business of documentary filmmaking. For its ninth edition, 70 filmmakers were trained. And for the first time, iREP in collaboration with the Independent Television Producers Association of Nigeria (ITPAN) held a  pitch forum for budding and established filmmakers.

As the festival steadily approaches its tenth anniversary, it deepens its conversation on representation of Africa. This year’s theme ‘Storylines’ offers an insight on the perception and imagery of Africa in a digital era.

No doubt, technology is what has brought the film industry so far in Nigeria but with the growing opportunities, documentary which often plays the pivotal role of exposing truths becomes tangled in the fake news web. The various roles technology play in the arts were adequately explored in different features of the festival. From Prof. Jonathan Haynes chilling wake-up call on art preservation, Prof. Linus Abraham tackling of ‘Storytelling and African Identity’ to Femi Odugbemi’s dissection of storytelling and storyselling and their psychological contribution to the fake news cycle. Each touchpoint serves as a reminder of why the continent needs to be in constant conversation with itself to identify and rectify the misrepresentations on the international scene.

The films screened also reflected the theme. The opening film ‘Skin’ by Nollywood actress  Beverly Naya aptly tackled the different psychological layers of colourism. Naya was particularly  praised for her ability to show the different ways our cultural identity affects our skin tones which inadvertently determine our level of self-esteem.

Veteran filmmaker Tunde Kelani also made an impressive debut at the festival. His documentary ‘Yoruba Without Border’ he revealed was shot with two smartphones, an evidence of the limitless possibilities technology avails today’s filmmakers.

There was also the riveting expository on the 1976 military coup that led to the assassination of former military ruler Murtala Mohammed. Produced by Adeola Osunkojo, the documentary sought the truth behind the coup through various interviews with key heads. A film adaptation of the coup named ‘76, and directed by  Izu Ojukwu was released in 2016 to critical acclaim.

There was also ‘Awon Boyz’, ‘Green Passport at France 98’, ‘Ogbu-Oja Eze’ and other films that did justice to this year’s theme.

But more importantly, the organisers did not fail to recognise those who had been with them right from the beginning. From the likes of Bolanle Austen-Peters who was this year’s honouree;  Commissioner for Tourism, Arts and Culture in Lagos state, Steve Ayorinde who gave the welcome speech at the opening ceremony, to architect Theo Lawson whose legacy was celebrated at his 60th birthday bash organised by iREP. The organisers also paid tribute to their departed friends, most important, Frank Ukadike whom they admired immensely.

That heart of gratitude and appreciation is one of the things that has kept iREP relevant in the arts landscape. Each year always record a high number of attendees and this edition was no different. For the four days it held, the venue Freedom Park bustled with activities. The atmosphere was no less different at the Nigerian Film Corporation office in Ikoyi where iREP had the honours to be the first festival to use the facility’s new theatre.

Just as iREP is grateful to those who started the journey with them, so also is Lagos state government appreciative of its contribution in placing the state as the hub of filmmaking in the continent. As revealed by Ayorinde, iREP has contributed to tourism and culture boost in the state with the number of international filmmakers who troop in every year for the festival. For this, the state commends the trio of Femi Odugbemi, Jahman Anikulapo and Makin Soyinka “and by extension Theo Lawson for being consistent with impressive storylines,” said Ayorinde.

Indeed,  like Ayorinde puts it “iREP has no reason not  to dream big for its 10th anniversary,” even if it’s over a glass of red wine.